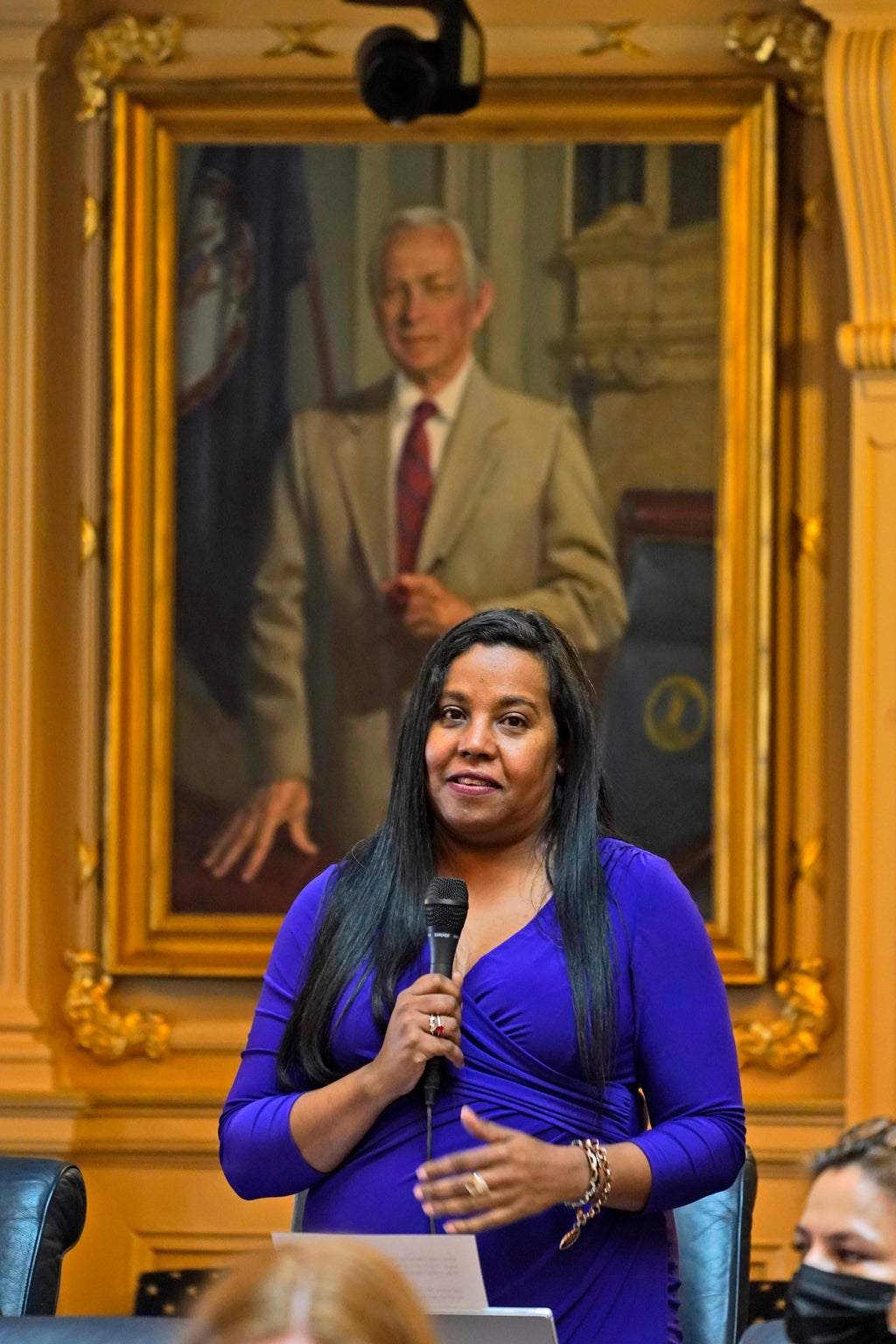 Republicans in the Virginia House defeated measures Tuesday that would have let voters decide whether to strip legally outdated language prohibiting gay marriage from the state Constitution and automatically restore the voting rights of felons who have served their terms.

Both proposed constitutional amendments passed the General Assembly last year when Democrats controlled the legislature. The measures needed to pass a second time this year in order to go to voter referendums in the fall, but they died in party-line votes in an early morning subcommittee.

Similar measures are still alive in the Senate, but the House, which is now narrowly controlled by Republicans, would need to reverse its position for them to succeed.

There was virtually no discussion of the merits of the measures among Republicans on the subcommittee Tuesday. Democrats quickly blasted the votes.

In Virginia, the governor currently has sole discretion to restore a felon’s voting and other civil rights, such as the right to serve on a jury or run for office.

The voting rights resolution sponsored by Democratic Del. Charniele Herring would have made the rights restoration process automatic upon a person’s release from incarceration.

The measure garnered support from a wide range of proponents, including the Legal Aid Justice Center, the American Conservative Union, a Christian prison ministry, the League of Women Voters of Virginia and the Virginia Catholic Conference. No one spoke against it.

“I’m not asking anyone here to restore anyone’s rights. We’re simply asking you to empower your constituents, the very people that sent you here to Richmond to represent them, to determine if restoration should be in the hands of a partisan actor, or in the hands of the people,” said Shawn Weneta of the ACLU of Virginia, who was formerly incarcerated and said he recently went through the rights restoration process.

A similar version of the measure had been proposed by freshman Del. Mike Cherry, a Republican. The subcommittee passed that bill by and killed Herring’s instead on a 5-4 vote.

“Shameful! Virginians who have paid their debt to society deserve to have their voices heard at the ballot box,” tweeted former Gov. Terry McAuliffe who tangled with the GOP-controlled legislature over the issue when he was in office. “We wont stop fighting until we fully reverse this Jim Crow era law and make restoration of voting rights automatic.”

Herring said in an interview that she expected the vote meant the end of the line for the issue for the year.

Later in the meeting, on a 6-4 vote, the subcommittee blocked a resolution from Democratic Del. Mark Sickles that would have brought a voter referendum to decide whether to repeal a constitutional provision defining marriage as only a union between a man and woman.

Advocates who spoke for the measure said it remains undignified and hurtful for the current language, outdated by the US Supreme Court ruling that legalized gay marriage, to remain in place.

Lobbyists for faith-based organizations argued against the measure.

Josh Hetzler, counsel for the Family Foundation of Virginia, warned that the measure would open the door to polygamy “and other types of marriage” because it did not include language limiting marriage to two people.

Del. Dawn Adams, a subcommittee member who is gay, said in an emotional speech that it was offensive to lump committed same-sex couples in with polygamists.

“This matters to people,” she said, with her voice cracking.