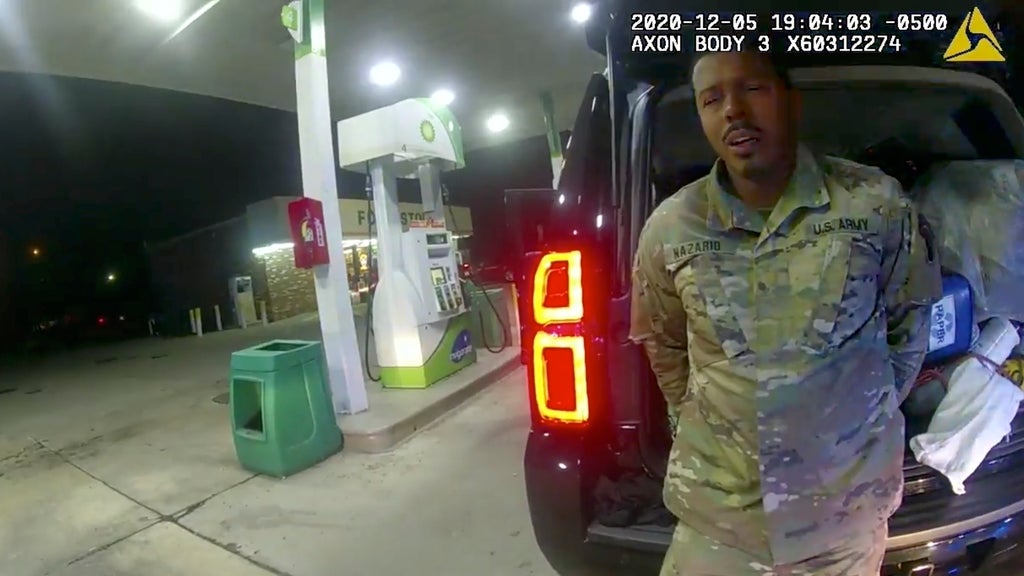 A small town in southeastern Virginia has asked a judge to dismiss a lawsuit alleging its police department operated in a way that led to discrimination against blacks and violated their constitutional rights.

In a court filing Monday, the city of Windsor called the allegations made in the lawsuit brought by former Virginia Attorney General Mark Herring “misguided and conclusive.”

Herring filed the suit in December, shortly before leaving office. The court action came after an investigation by Herring’s office that was sparked by a December 2020 traffic stop involving two Windsor police officers and Caron Nazario, a Black and Latino Army lieutenant.

Body camera video from the traffic stop showed officers drawing their weapons, pointing them at Nazario and using a slang term to suggest he was facing execution before pepper-spraying him and knocking him to the ground. The video sparked widespread outrage when it surfaced months later, when Nazario sued the two officers. Since then, at least one of the officers has been fired.

In a press release issued when he filed the lawsuit, Herring said his investigation showed “that this incident was indicative of much larger problems within the department.” It also said there were “massive disparities in enforcement against black drivers and a troubling lack of policies and procedures to prevent discriminatory or unconstitutional policing.”

In their court filing, city attorneys said the lawsuit only refers to one person, Caron Nazario, “perfunctorily and inconclusively.” They also say Herring “has no reasonable cause to believe that a pattern or practice of conduct by city law enforcement officers” has deprived people of their rights under state or federal law.

After Herring filed the lawsuit, the city issued a lengthy statement denying the allegations and calling Herring’s decision to file the lawsuit just weeks before leaving office “clearly political.”

The city statement said the lawsuit cited “questionable data about the number and nature of traffic stops and records,” without providing further details. He also said the city’s police department took steps in 2021 to increase training and accountability, steps that were discussed with Herring’s office several weeks before he filed the lawsuit.

The lawsuit asks the court to prohibit the town and its employees from engaging in discriminatory law enforcement practices and to require the town to hire an independent monitor to ensure it complies with state and federal laws.

Windsor, with a population of about 3,000, is about 70 miles (110 kilometers) southeast of Richmond. It has a seven-member police force.

Herring, a Democrat, was defeated by Republican Jason Miyares in November. Miyares, who took office on January 15, declined to comment on the lawsuit Tuesday through a spokesman.