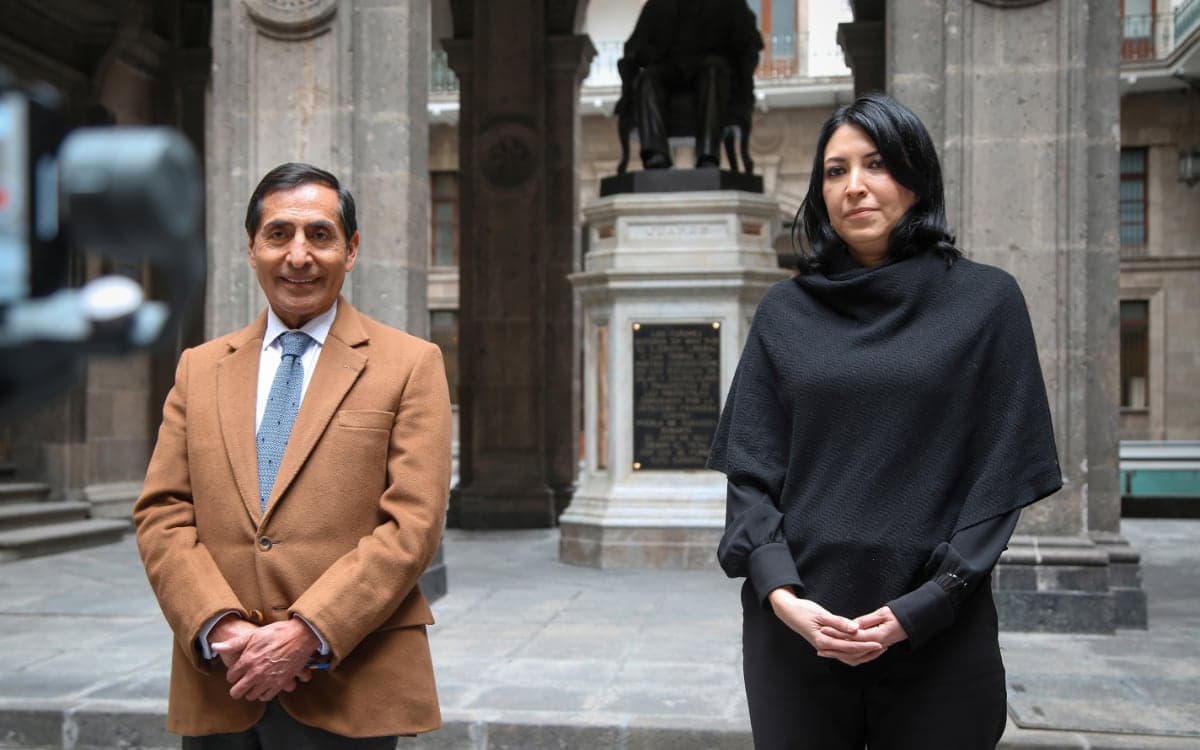 Everything rushed in a matter of days. Andrés Manuel López Obrador informed Arturo Herrera last week that he had decided to reconsider his appointment as head of the Bank of Mexico. The proposed appointment, which must have the endorsement of Congress, was no longer on the legislators’ agenda. This Wednesday the president announced that instead of the former Secretary of the Treasury he will nominate another official of that agency, Victoria Rodríguez Ceja, until today Undersecretary of Expenditures, a technical profile without public projection. The change in criteria, after presenting Herrera in June as an economist “with a social dimension” and at the same time with the ability to reassure the markets, now fuels doubts about the president’s plans for the central bank.

There has been no more justification for the script twist than praise for the future governor. “It is due to her that we have financial stability,” said López Obrador, also highlighting that for the first time a woman will take the reins of the body. The president has ensured that the autonomy of the entity is guaranteed. It was also highlighted by Rodríguez Ceja herself in a video broadcast this afternoon on social networks: “I will comply, if ratified in the Senate, with the function established in the regulatory framework of this institution. My commitment is to fight inflation, not to touch international reserves and to comply with the autonomy of the Bank of Mexico ”.

The president has also ruled out having lost confidence in Herrera. The succession of his decisions, however, indicates that something happened once the economist gave the witness of the Ministry of Finance to Rogelio Ramírez de la O, last July. Weeks ago, for example, it publicly launched a notice to the States for the relationship of dependence on the federal public credit that they have maintained until now. At the same time, the disparity of positions between López Obrador and Herrera regarding the role of the Bank of Mexico was not a mystery. The president openly defends that the organism is not only in charge of putting inflation at bay, whose increase is worrying and in the first half of November it has exceeded 7%, but that it also deals with the main lines of economic growth. The underlying approach is that the bank can make loans to the federal government.

The former official never agreed with that vision and shortly after his appointment, in conversation with EL PAÍS, argued that a dual mandate would not be sustainable in Mexico. “In Latin America, in the eighties, in many countries we saw inflations of 50% and up to triple digits. Part of what began to be discussed at the academy was why that happened. Why was there a kind of inflation bias or resistance here? And one of the reasons that was found is that the double objective was contradictory. If you want the economy to grow, you can give a series of stimuli that may create bottlenecks that translate into inflation. So, you have two goals that are moving in the opposite direction. In countries like ours, this is still very important ”, he explained.

The Bank of Mexico Law establishes that the entity “will have the purpose of providing the country’s economy with national currency” and “as a priority objective to ensure the stability of the purchasing power of said currency.” In the circles of economists and businessmen they do not rule out that the president may propose a reform of the Law, for which he would not need to modify the Constitution, which is limited to establishing the autonomy of the central bank. López Obrador has not given any public signal in this regard and has insisted on the independence of the institution. “There is not a single interference of the Government, of the Ministry of Finance in the Bank of Mexico, not a single one, and we will not do it,” he emphasized. The experts believe him and know that autonomy is guaranteed by the Governing Board, made up of four deputy governors and the governor.

The new appointment takes place in a context that marks the middle of the six-year term, which will be fulfilled next week: the clashes with the high officials appointed by this Government have also reached the interior of Banxico. The 12,000 million dollars of the financing line of the International Monetary Fund (IMF) became in August harsh reproaches from the president to Deputy Governor Gerardo Esquivel. “Ultratecnocrat” was the qualifier that López Obrador dedicated to one of his men in the organization. The underlying issue was the president’s intention to dedicate the money to pay foreign debt. Something that, according to the law, is not allowed, since those dollars have to go directly to fatten the reserve mattress. The final solution was to circumvent the ban to fulfill López Obrador’s wish: the Government made the largest purchase of reserves in the last decade.

The movements in Banxico have not shaken the market too much, with slight drifts in the peso and Mexican debt. In any case, before the sudden turn in the monetary supervisor, López Obrador had undertaken a thorough reconfiguration of the Cabinet, marked by the entrance to the scene of cadres from the closest circle and the maximum confidence of the president. In the Interior Ministry, Olga Sánchez Cordero, a prestigious feminist jurist considered one of the star signings at the time, gave way to a civilian and personal friend of the president, Adán Augusto López. In the Presidency’s legal counsel, the controversial Julio Scherer, accused of excessive interventionism by several of his Cabinet colleagues, was relieved by María Estela Rios, a veteran left-wing lawyer with a low profile and experience working side by side with López Obrador in the capital.

See also  The CNMV will also put order in the 'influencers' of cryptos from outside Spain: from Iniesta to Matt Damon | markets

The latest example of the retreat to positions of maximum trust has been the sudden dismissal of Santiago Nieto, the anti-corruption czar who had gained great visibility for his blows to both organized crime finances and white-collar corruption, such as the Odebrecht case. His controversial wedding in Guatemala derailed his ambitions and the president has appointed Pablo Gómez, 75, a historic leader of the classical left who passed through the Communist Party and the PRD before jumping on Morena’s boat.