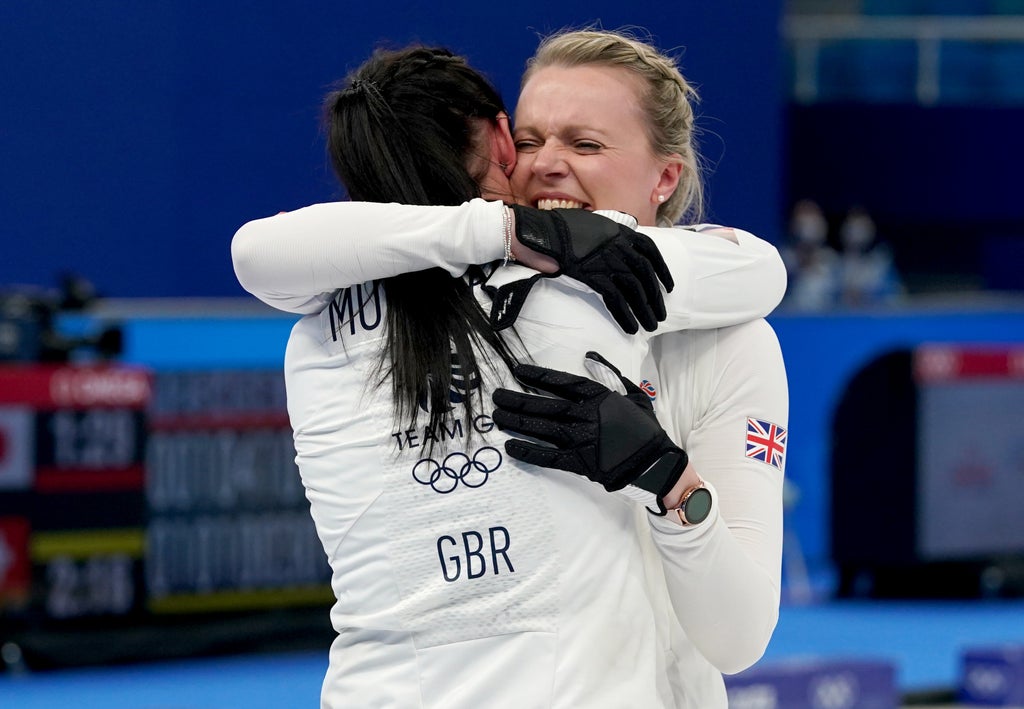 Vicky Wright will return to work on the NHS frontline next week with an Olympic medal hanging around her neck after playing an integral role in Great Britain’s surge to the women’s curling final in Beijing.

The 28-year-old vice-skip juggled training for her first Winter Games with her work at a hospital in Larbert and says being exposed to the coronavirus pandemic has given her a new-found sense of perspective in her sport.

“I feel very lucky that I have the best of both worlds,” said Wright. “If I am having a bad day on the ice, I will go to work and really get a perspective that my life is actually OK, there are a lot of people worse off than me.

“If I am having a bad day at work, I have curling to focus on, which is rewarding for me. I find it keeps my really grounded and I am able to do both.”

She works in a surgical ward at the Forth Valley Hospital in Larbert, which was requisitioned as a Covid ward during the pandemic surge.

Wright and the team were in Canada ahead of the 2020 World Championships, which were canceled two days before their scheduled start date. She came home and immediately helped the battle against the virus.

“When the pandemic hit we were in Canada and I flew home and went back to work,” added Wright. “We couldn’t train or do anything, and I trained as a nurse for a reason, so I just went back to do it full time.

“I finished working full-time on January 6. I worked nights over Christmas and worked Christmas Eve.”

Wright said she would head into the gold medal showdown with an extra incentive as she seeks bragging rights over her fiance Greg Drummond, who was part of David Murdoch’s silver medal-winning men’s team in 2014.

Drummond was in Beijing as coach of Bruce Mouat and Dodds in the mixed doubles competition, but flew home last week after watching the duo narrowly miss out on a medal.

“I definitely want to go one better,” laughed Wright. “Before I came out here, I said to him, I will go and get gold and bring back the bragging rights. He has had them for eight years, and I think it’s time I get them back.”

Great Britain booked their place in the final after an extraordinary 12-11 semi-final win over Sweden, fighting back from a 4-0 deficit after the first end to seal victory in an extra end.

It capped a remarkable route for Eve Muirhead’s team, who had to battle through a tough qualifying tournament to reach Beijing, then only squeezed through to the semi-finals having been reliant on two other results going their way.

“The adversity has made us a lot stronger,” said Wright. “We had to fight hard to qualify and then we won the Europeans, but we have grown as a strong group and we will make the most of every opportunity that comes our way.”