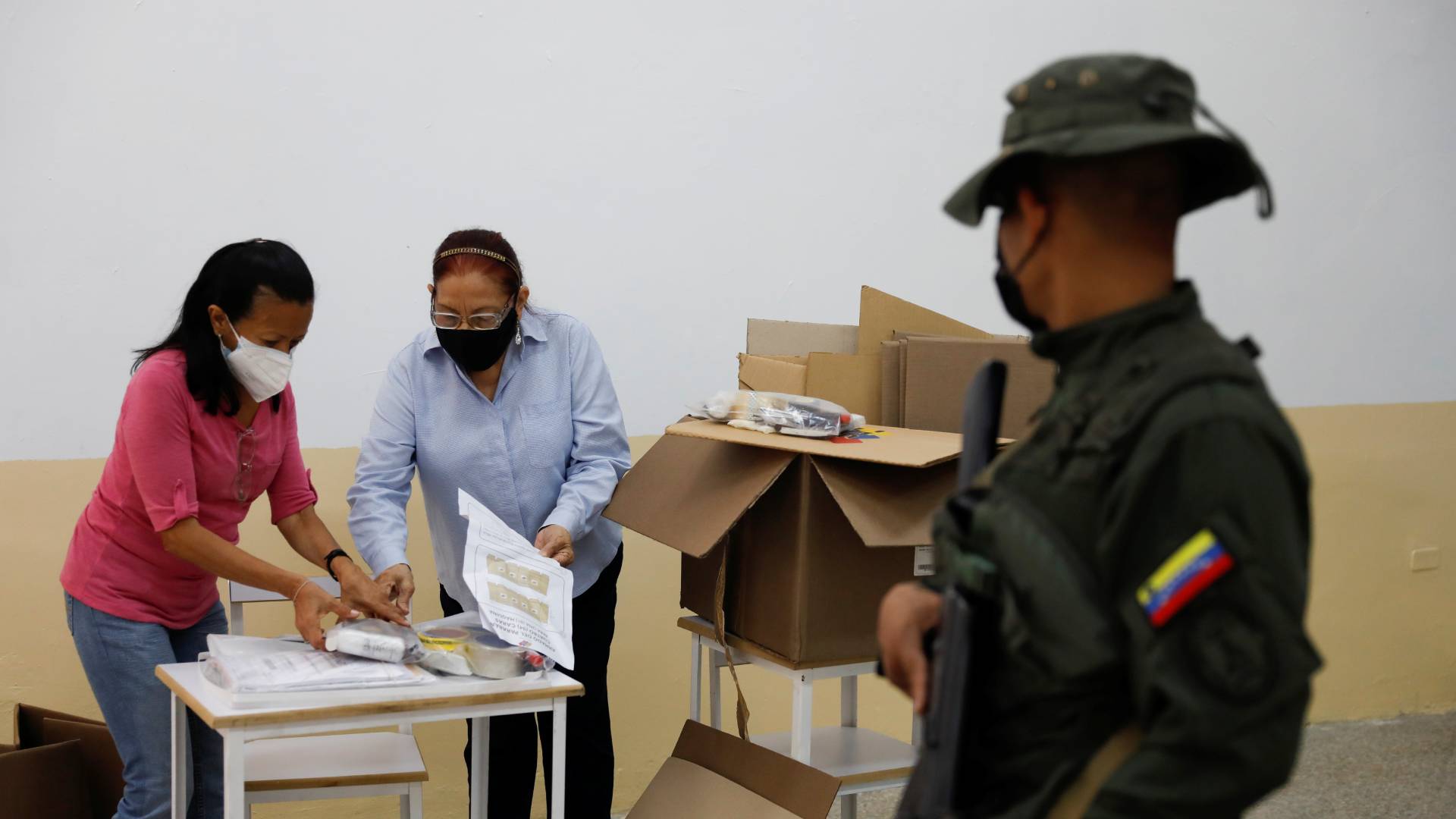 After four years without participating in elections, this Sunday the Venezuelan opposition once again measures itself against Chavismo at the polls.

This makes the regional and local elections of November 21 a process that must be read in a national key when analyzing the support that each side has and the mobilization of a society tired of years of crisis and deficiencies and that have made According to UNHCR, almost six million Venezuelans have left the country.

The economy experiences some improvement thanks to dollarization of practically everything, but the deficiencies are still serious and, although in Caracas you can no longer see the kilometer-long queues to pour gasoline, there is still a lack of those fuels that not so long ago were distributed free of charge.

Precisely the difficulties to move due to lack of gasoline can influence the participation in these elections, which, according to various polls, could be around 40%. An indicator that, according to Benigno Alarcón, a political scientist at the Andrés Bello Catholic University, points out that in Venezuela “the majority of the population no longer follows any leader.”

“Maduro is the king among the Chavistas and Guaidó is the leader who has the most support among the opponents, but the discouragement with politics is general because they do not solve the problems of Venezuelans,” he adds.

The opposition and its internal debates

Faced with these elections, the Chavismo goes together and starring in their usual massive campaign events and the opposition arrives with different candidacies that can reduce their options, since the one with the most votes wins.

Their best predictions would bring them closer to victory in up to six states, but everything has been marked by the case of the state of Miranda, which contains part of the city of Caracas and where Héctor Rodríguez, brother of two of the leaders closest to Nicolás, governs. Maduro: the president of the National Assembly, Jorge Rodríguez, and the vice president, Delcy Rodríguez.

In a state that provides a great media platform, the anti-Chavistas did not agree and after weeks of fights in the media, the candidate of the Democratic Unity Table, Carlos Ocariz resigned in favor of David Uzcátegui, aspiring to a new platform called Neighborhood Force and that brings together the mayors of the opposition strongholds of the capital. Ocariz’s resignation was not accepted by the CNE and his card will be on the screen of the digital ballot box this Sunday reducing the chances of the opposition to recover the state that Henrique Capriles ruled in his day.

The mornings of RNE with Íñigo Alfonso – The Venezuelan opposition, divided two days before the elections – Listen now

Precisely, the former presidential candidate has been one of the opponents who has most insisted on returning to the electoral path while starring in a media revival after his last defeat against Maduro in 2013. “Without vote, the only thing left is to scream and that’s what happened to us“, he assured last Friday in Caracas.

Capriles has distanced himself from the interim government’s strategy and has been gaining public space as Guaidó has lost support and in this campaign it has been seen how the president in charge recognized by more than 50 countries has not appeared in the campaign.

See also  The pilot of a narco-submarine, his childhood friends and 3,000 kilos of cocaine: the frustrated landing | Spain

“Guaidó never believed in these elections because he believed that there were not enough democratic guarantees,” says Benigno Alarcón. But from his alliance partners they criticize his lack of support despite accepting the majority vote within the opposition.

“I think they should have a very important role and they are ceasing to read a reality of the need that people have to be led, not to be orphans and to see someone who cares about their problems,” assured RNE Tomás Guanipa, one of the main leaders of the Primero Justicia party and candidate for mayor of Libertador in Caracas.

Many opposition leaders agree that the The results of November 21 will be the beginning of a new path for the opposition. “Sooner or later there will be presidential elections and the opposition has to look for a leadership that will have to be elected by primaries,” Capriles pointed out.

For the opposition to finally return to the electoral fight, the arrival of the European Union observation mission has been essential despite the fact that the The US government does not see it favorably and has criticized the cleanliness of these elections.

The deployment of a hundred observers will allow the writing of a report on the process and, despite good institutional words, a heavyweight of Chavismo like Diosdado Cabello has reiterated that community observers are “spies” and asked the population to be vigilant.

The head of the mission, Isabel Santos, denied that accusation and assured in RNE’s Open Europe program that her job is to observe professionally according to the lines established by the EU while not denying that this mission could be “the beginning of something “in reference to a possible thaw of diplomatic relations between the Maduro government and the 27 with economic sanctions that weigh on Chavista leaders and that have been recently renewed.

Are the US sanctions that have had the most impact in Venezuela, but apparently the Maduro government has managed to overcome some limitations thanks to its alliance with Russia, China, Turkey and Iran.

The end of this blockade is one of the demands of the Venezuelan government at the negotiating table in Mexico paralyzed after the extradition to the US of controversial achiever Alex Saab, whom Maduro had appointed as a delegate despite being detained in Cape Verde for more than a year.

Precisely, the dialogue between the executive and the opposition will be marked by what happens this Sunday. Despite being regional and local elections, the results will allow one of the two sides to feel stronger to demand new conditions in the political, economic and social labyrinth from which Venezuela does not seem to know how to get out.