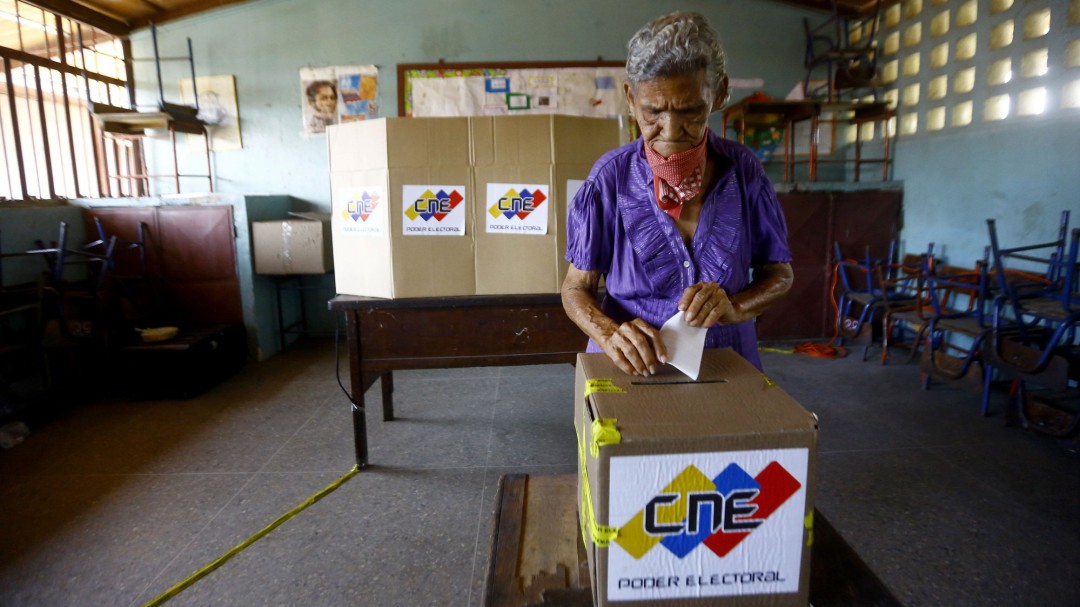 More than 21 million Venezuelans are called to the polls this Sunday, in regional and municipal elections that put an end to the generalized boycott of the opposition and that will once again have the observation of the European Union. The doubts of the latter, however, persist, since only Chavismo believes that there will be sufficient guarantees of transparency.

In strictly administrative terms, control of the governments of 23 states and 335 municipalities is at stake, with positions to which more than 70,000 candidates aspire. The National Electoral Council (CNE) has set up more than 14,200 voting centers with more than 30,100 tables and, after rehearsing the process, assumes that there will be no technical setbacks.

In the political sphere, the elections are called to be the first glimpse of a new strategy, insofar as the groups representing the majority opposition, encompassed in the Democratic Unity Table (MUD) have agreed to participate again. Although they maintain that there are no guarantees, they see more advantages in taking part than in staying on the sidelines, as they have been doing since the 2018 presidential elections.

Thus triumphs the thesis that leaders such as the former presidential candidate Henrique Capriles had been maintaining, who had already advocated changing the “modus operandi” so as not to depend solely on international pressure against Maduro, which does not end up being translated into advances in favor of democracy or human rights.

The inclusion of two members related to the opposition in the CNE is among the triggers of this opposition return to an electoral process, although Juan Guaidó, president of the National Assembly elected in 2015 and self-proclaimed since January 2019 as the legitimate president of the country, has refused to publicly position itself in favor of candidate registration.

A “lesson in democracy”

For his part, the Venezuelan president, Nicolás Maduro, aspires to give a “lesson in democracy” to the world, to the same extent that he defended previous calls such as the presidential elections of 2018 or the parliamentary elections of December 2020, the last great appointment with the ballot boxes in the South American country. Chavismo then swept away in the absence of relevant rivals.

Maduro has insisted this week that the organization of the elections is “impeccable” and has charged against those who allegedly try to obstruct the process, with a special focus on the United States. “It is ashamed how they try to disqualify the elections that are being carefully prepared, with the best system in the world to vote,” he declared before the recurring criticisms that come from Washington.

The last week has also been marked by the dismantling of an alleged plan to sabotage the elections. The Government has cited as the ‘brain’ of this framework William Ricardo Sánchez Ramos, alias ‘Antorcha’, a resident of Spain and whom Maduro has linked with the opposition leaders Leopoldo López and Iván Simonovis.

The opposition does not give any veracity to these suspicions and, meanwhile, aspires to relaunch an international pressure blurred since many countries, including Spain, recognized Guaidó as legitimate president in 2019. He trusts that the formal investigation opened by the International Criminal Court (ICC) for alleged abuses against protesters could mark a turning point in the accountability of Chavismo.

Another turning point could have been the process of dialogue that began in mid-August in Mexico between Chavismo and the Unitary Platform of Venezuela, which brings together the opposition. A first agreement on the issues to be discussed and several rounds of contacts were blown up in just two months; again, as on previous occasions, with crossed reproaches between the parties.

Maduro decided to withdraw his group from the negotiating table for the extradition to the United States of Alex Saab, identified as his alleged front man and detained in Cape Verde. The head of the Chavista delegation, Jorge Rodríguez, announced that they would not attend the next appointment in Mexico and this refusal continues to this day.

Among the main novelties of these elections is also the presence of an EU observation mission. The European bloc, which maintains several Chavista leaders on its sanctions list, agreed to send more than a hundred observers, in an unprecedented milestone since 2006.

However, both the Venezuelan government and the CNE have made an effort to make it clear that it will not be the European mission that determines whether the results are legitimate or not, especially after the EU’s High Representative for Foreign Policy, Josep Borrell, so suggested in public statements reprimanded from Caracas.

The Venezuelan Foreign Minister, Félix Plasencia, has spoiled the EU this week the extension for one more year of the sanctions against Chavista leaders, where the black list includes more than 50 names. According to Plasencia, the EU proceeded with the renewal “from the shadows”, since the bloc did not report through the usual public channels of a novelty that, in the opinion of Caracas, does nothing but “torpedo” the “democratic party.”

UN experts have also traveled to Venezuela who want to “follow up” on the process and prepare an internal report that will be sent to the organization’s secretary general, António Guterres. The United Nations has already clarified that it will not rule on the legitimacy of regional and municipal elections either.

Who for now has not shown any signs of several an iota of its position is the United States, which maintains with Joe Biden the strong support that it had already been giving to Guaidó with Donald Trump in the White House. For Washington, a “peaceful, stable and democratic” Venezuela passes through Maduro’s departure from power and a transition that allows for the organization of “free” elections.

A “defeated interventionist strategy”, in the words of Chavista leaders like Plasencia. Not in vain, Chavismo aspires to a dialogue “between equals” with the United States, a hypothesis that the US Administration has always discarded, with Trump and Biden, in a bipartisan policy celebrated by opposition leaders such as Guaidó.

Spain, for its part, is waiting for what the EU says, specifically to know the report that its observation mission may prepare. “Then, with total honesty, we will talk”, declared on Friday in the Congress of Deputies the Minister of Foreign Affairs, EU and Cooperation, José Manuel Albares, who defended the current policy towards Venezuela: “No government has done so much.”