Skip to content
Home News Valérie Pécresse: The French right is betting on a moderate leader to unseat Macron | International 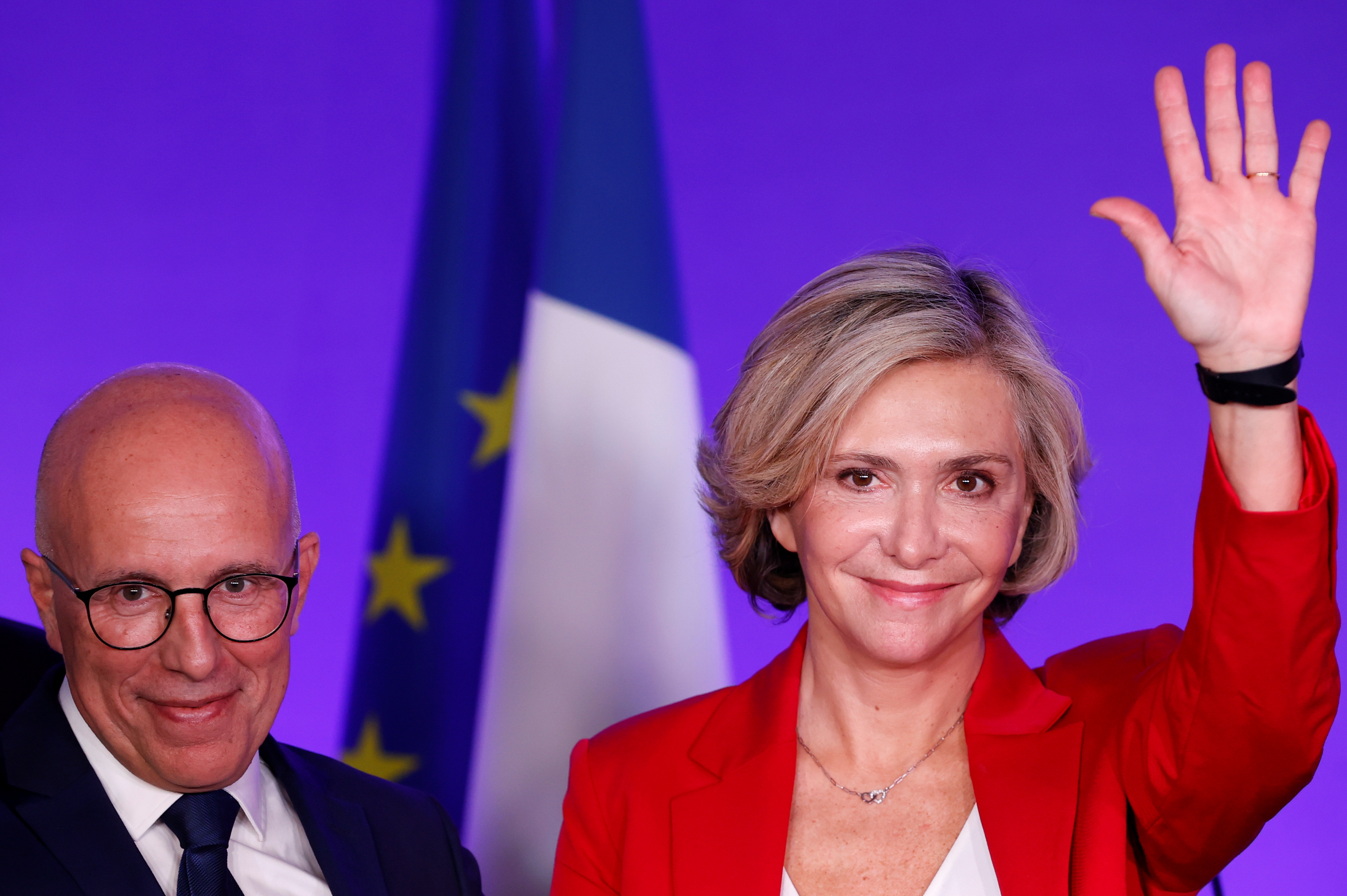 The traditional French right is betting on a woman to snatch the Elysee from Emmanuel Macron. Valérie Pécresse, president of the Parisian region, this Saturday won the candidacy of the Republicans (LR) for the presidential elections next April after comfortably prevailing, in the second round of the internal primaries, the deputy of the Alpes-Maritimes Éric Ciotti, who had made a more ultra speech. With her, the party of Nicolas Sarkozy and Jacques Chirac is committed to a right-wing policy “without complexes”, but also without too much fanfare, a figure with which Macron will probably find it more difficult to attract to himself the moderate conservative electorate that he leads. courting time.

“I have good news. The Republican right is back. The right of convictions, of solutions, is united and sets out towards combat with an implacable will ”, proclaimed Pécresse from the headquarters of LR in Paris shortly after the president of the party, Christian Jacob, announced that he had imposed himself with 60.9% of the votes, compared to 39% achieved by Ciotti. He, along with the other candidates defeated in the first round, appeared with Pécresse to stage that message of unity that the party wants to give. “We are going to restore French pride and we are going to protect the French,” said the candidate, who also thanked her training for having had the “audacity” to bet on a woman.

“For the first time in its history, the party of General Charles de Gaulle, Georges Pompidou, Jacques Chirac, Nicolas Sarkozy is going to have a candidate for the presidential elections,” he celebrated.

See also  Bolton forward on first international call up, past selection refusals and League One aim

The qualifying for the second round of Pécresse and Ciotti surprised locals and strangers. They beat out better-known figures like Xavier Bertrand, a favorite in general polls, or the Brexit negotiator for the European Union, Michel Barnier. Both, as well as the fifth candidate in the running, Philippe Juvin, gave nothing more to know their defeat, on Thursday, their support for Pécresse to the detriment of Ciotti, who throughout the primaries openly advocated to approach the postulates of the extreme right by the polemicist Éric Zemmour. For this reason, his unexpected move to the end of the primaries (for which he received a personal congratulation from Zemmour) has been a strong wake-up call about the ability to attract the most radical, identity and anti-immigrant discourse in these elections, something causing unrest beyond the ranks of LR.

With Pécresse, there are three women candidates for the presidency on behalf of major parties in France, following the nominations of the leader of the far-right formation National Regrouping, Marine Le Pen, and of the socialist Anne Hidalgo. With the latter, Pécresse also shares a long Parisian rivalry: as president of the Ile de France, the region that encompasses Paris, she maintains close contact – and clashes – with the socialist mayor of the French capital.

But while Macron is not worried about taking on Le Pen – he already did it five years ago – and for now he does not worry too much about a Hidalgo who fails to come back in the polls, Pécresse can become a real headache.

The president and his team “are going to have to rewrite their scenario,” Pécresse said in recent days about the forecasts, supported until not so long ago by all the polls, of a second round in April between Macron and Le Pen, as in 2017 .

The woman factor is not negligible. As highlighted The Parisian this week, several people from Macron’s inner circle had warned him of the threat that an LR candidate would pose. Pécresse “is the most dangerous,” they stated on condition of anonymity.

Beyond gender, there are ideas. And those of Pécresse, known as The Tigress (The tigress), although they have hardened during the internal campaign, in which at times he has rivaled Ciotti on the heavy hand on security or immigration, they are not so radically different on economic or social issues from Macron’s postulates. This could make it difficult for the president, who, although he has not yet formalized his campaign, is also indirectly acting as a candidate for reelection, to wrest the most moderate votes from LR, as is clearly his intention.

This 54-year-old Parisian who struggled in the last two right-wing governments – she was Minister of Higher Education with Chirac (1995-2007) and of Budget with Sarkozy (2007-2012), for whom she was also a government spokesperson – assures that she “assumes” without some complex their conservative positions. It is proclaimed “the center of gravity of the right” and the only one capable of avoiding the hemorrhaging of votes both towards the extreme right and towards the macronism.

One of the keys will be to see if he gives a space – and what – to Ciotti, 56 years old. The move from this to the end of the primaries with a message of “rupture” clearly turned to the extreme right surprised even his own. Among others, he has proposed the return to nationality by right of blood and not of soil as it is in force in France, and has even proposed a “French-style Guantanamo”, arguing that the right cannot win “if it does not seek a part of the electorate ”of Marine Le Pen and Zemmour.

Although Ciotti assured this Saturday his loyalty to the party and to the new candidate, she sent a message to the French “tempted by Le Pen and Zemmour” that was also worth the deputy. “There is no need to be an extremist to be offensive. You do not need to insult to convince, the merchants of fear are never effective in action and in our history, no divider has been a savior. We are going to turn the page of Macron, but without tearing the pages of French history, “said Pécresse.