Skip to content
Home News Valents is born, a party that aspires to unite constitutionalism in a list | Catalonia 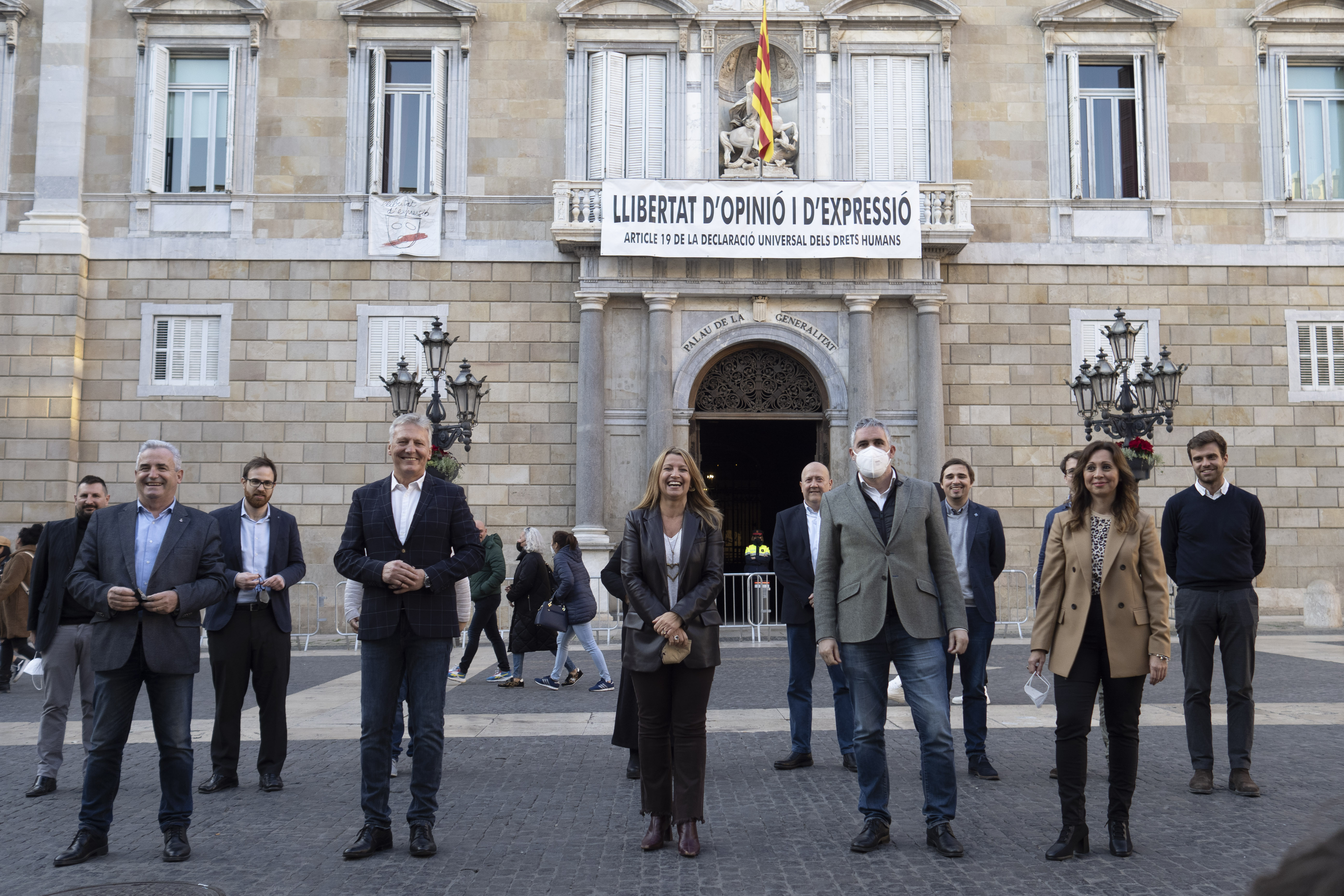 Eva Parera, former right-hand man of Manuel Valls, is leading the creation of a new political force, Valents, which wants to bring together all the center-right constitutionalism in a single candidacy. Heir to Barcelona pel Canvi, the Barcelona party of the former French minister, who has now returned to Paris, Valents wants to be Catalan and compete from the outset in the municipal elections. The project has generated discomfort in Ciudadanos, which accuses it of relying on “transfuguismo” as in the PP, which claims the umbrella that groups the non-independence center right.

A deputy for the PP in the Parliament although independent, Parera leads a group of three mayors in the Barcelona City Council after the Barcelona pel Canvi-Citizens coalition broke into two, which exploded into the air when Valls chose to give the mayorship to Ada Colau to sweep the passage to Ernest Maragall. She will present Valents in El Born on Saturday, next to the ruins of the War of 1714, as a gesture of confrontation with secessionism.

The project connects with the constitutionalist manifesto promoted in November

The party, which is inspired by UPN, will be presented this Saturday at the Born

Parera believes he has found the key and states that there is no exclusively Catalan and non-independence force in Catalonia. “What is it that differentiates us from PP and Ciudadanos?” He asks himself. “We are not subject to decisions being made from Madrid and being told: ‘Hey, look, this can’t be because you’re getting me into trouble in Andalusia or because I’m closing a pact in La Moncloa. And that is the big problem: that decisions are made based on how they may affect La Rioja or Castilla-León or Madrid”. The formula is inspired by the UPN of Navarra. “The independentists may always be very much at odds but they always end up governing,” says Parera, who categorically rejects Catalonia as a nation, the model of linguistic immersion or the dialogue table.

The project has caused discomfort in the PP, especially after Parera voted for Ada Colau’s accounts

The proposal has generated discomfort both in the leadership of the PP and in the president of the party, Alejandro Fernández. The popular ones continue with their plan to attend with their own acronyms. Parera joined the PP list of 14-F as number three as a member of Barcelona pel Canvi with the aim of emulating the coalition of PSC with Units or that of Junts with Demòcrates. The idea of ​​the PP was to work together with Parera’s party both in the Parliament and in the Barcelona City Council. But that unity of action, they say, was broken when they saw that her deputy voted for Colau’s bills without her needing her votes. “They incorporated our proposals,” she alleges. “We were petrified”, describe the popular ones. Despite its poor results, the PP trusts its brand because it believes that it gives them a cushion that has allowed them to be in Parliament, unlike, for example, the PDeCAT. Owner of her record, the PP that is in the mixed group and will not take action against her. The scenario, say PP sources, would be sterile and they will have to deal with the situation.

“It is a project built on the basis of transfuguismo. It is a debatable practice in democratic terms”, says deputy Nacho Martín Blanco, from Ciudadanos

The question is whether Valents will end up being a project that sticks or if it will be diluted like others that have emerged in recent years and have not had an electoral run. ”Valents has no structure: he’s not going anywhere. Parera came from the middle Catalan environment of Valls. Before she was a senator for CiU and then she went to Units”, say sources close to Ciudadanos in the City Council, who point out that they were never in tune with Barcelona pel Canvi: “You only have to see the faces of Parera in the images of the rallies of 2019 campaign.

“I’m not here to compete with anyone. I come to add, “says Parera, who says she never wanted to be the head of the PP list in the municipal elections and that she is sure that the return of Manuel de Valls will not cause them any electoral damage because this, she says, is another stage. Her intention is to present a list in the more than 900 locations in Catalonia. Meanwhile, Valents, which is still under construction, announces signings every week: on Monday, the one from the Centrats per Tarragona platform and two of its councilors; a week ago, to three councilors from Ciudadanos in Sitges and two to the former deputies of Ciudadanos Jean Castel and Jorge Soler, who on 14-F were left without a seat. “It is a project built on the basis of transfuguismo. It is a debatable practice in democratic terms. It is not the best way to unite constitutionalism,” said Nacho Martín Blanco, spokesman for Ciudadanos.