Skip to content
Home News Vaccine: Greece will impose fines of 100 euros on those over 60 who refuse to be vaccinated | International 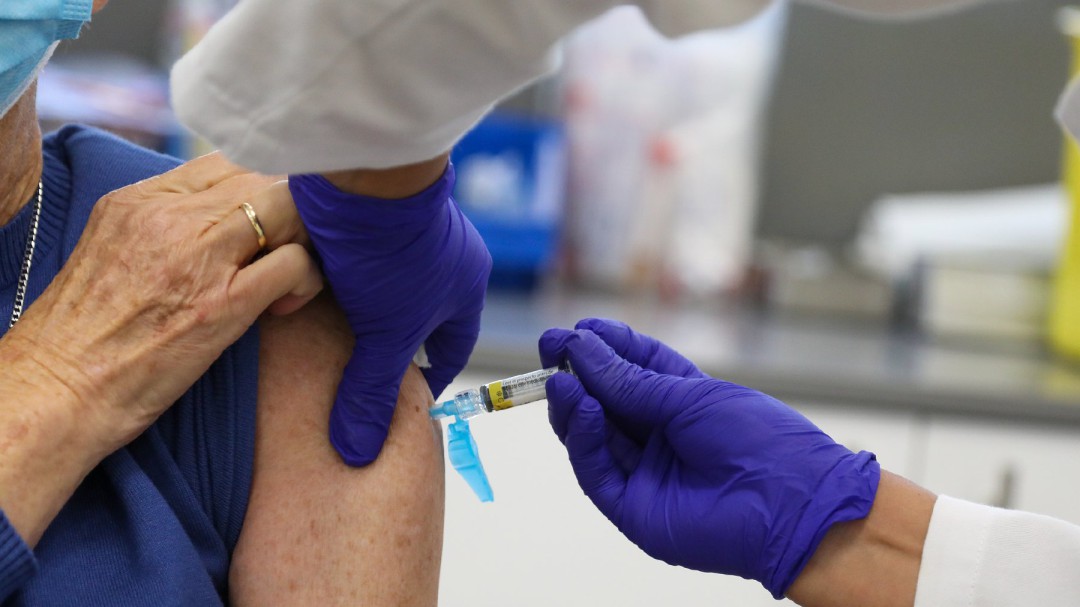 The Greek Prime Minister, Kyriakos Mitsotakis, announced this Tuesday during the Council of Ministers that people over 60 years of age will enjoy the highest priority in the vaccination system and that “as of January 16 they should at least have made an appointment to obtain the first dose. “Failure to do so will” impose an administrative fine of 100 euros ” per month until they are vaccinated.

The conservative leader has justified the measure with taking into account the growing number of hospitalizations, mostly of elderly and unvaccinated people, and has added that ehe money collected from these fines will go to a special fund to finance public hospitals.

Mitsotakis gave as a positive example the situation in Portugal, where, he said, the vaccination rate for those over 60 years of age reaches 98%, so “ICU occupancy and losses are minimal.” “On the contrary, in Greece, and despite the great effort that we have all made, the vaccination rate at these ages continues to be around 83%,” he lamented.

The rebound in the fourth wave of the pandemic has put the entire public health system back on the ropes, with many units of COVID at the limit of their capacity and despite the fact that in recent weeks the vaccination rate has improved, only 60,000 of the 580,000 people over 60 who remain unvaccinated lor did in November.

All this happens in that the new Omicron variant worries the scientific world and although there have not been cases in Greece yet, the Hellenic Prime Minister has left no doubt that the “mutation will also arrive” in this country, it is about winning time, “he stressed.

In order to prevent further spread during the Christmas holidays, Mitsotakis has announced that two free home tests will be distributed per person, the first in the period between December 6 and 12, “to identify possible asymptomatic carriers of the virus before Christmas “. The same will happen between January 3 and 7 to monitor the transmission of the pandemic during the holidays.

Although Greece has been one of the first countries to impose the compulsory nature of the vaccine in some professions – health personnel and in centers for the elderly – the vaccination rate of the general population with the complete schedule is still around 61%.

The Austrian Government has also advanced this Tuesday its plan to impose mandatory vaccination as the only alternative to combat the pandemic, a measure that would include fines of up to 7,200 euros to those who do not comply, according to him Viennese newspaper “Die Presse”. The Executive intends to present the bill next week so that it can be approved by Parliament within a month and can enter into force in February.

Before this happens, key issues should be clarified, such as the minimum age from which the obligation will govern, how many doses of a vaccine will be required, whether the validity of the law will be limited to a specific period, and what penalties those who will face do not comply.

“Mandatory vaccination is safe,” said Health Minister Wolfgang Mückstein, who added that “there is no alternative” to this measure and has encouraged the population to be vaccinated without waiting for it to take effect.

However, experts in constitutional law contemplate that the measure could become obsolete if the vaccination rate reaches a level that is considered safe, since the measure would lose the “proportionality” requirement.

The country has been in lockdown for a week, with gastronomy, hotels, museums, gyms and non-essential businesses closed, in an attempt to ease the burden on hospitals in the current wave of the pandemic.

Experts attribute the poor epidemiological situation in the country, which in November set several absolute records of infections, largely to the fact that only 66% of the population has received the full vaccination schedule. Therefore myAs some European countries have already adopted the mandatory vaccination for employees in certain sectors, such as Health, Austria is the only one so far to announce a general obligation.