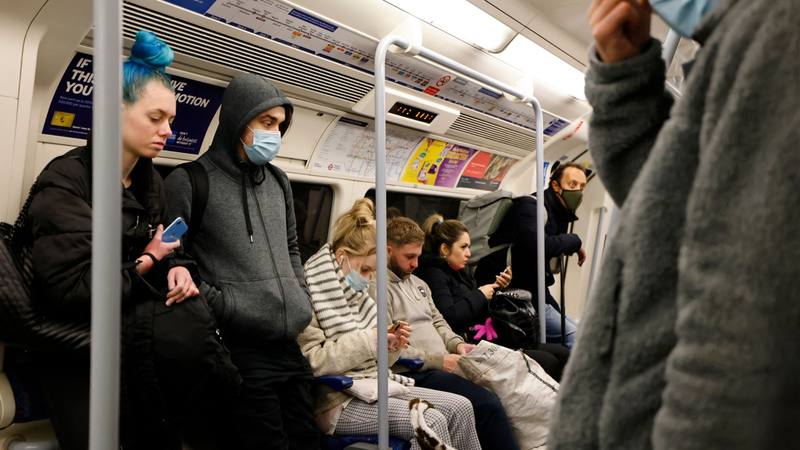 A winter is coming -another- of uncertainty, fear and vaccines redoubled by the rise in COVID infections in Europe. The threat of the new omicron variant of the virus has arrived from South Africa, potentially fearsome due to the ability of its many mutations to circumvent drug barriers. Authorities Respond: Restrictions Increase, it is proposed to extend the booster doses to all adults, to also vaccinate children from 5 to 11 years old …

Fortunately, increasingly detailed data show that vaccines work. A message that is repeated insistently in Spain to encourage those who have not yet done so to get vaccinated and not have to resort to restrictions, as in other countries, or paralyze economic activity.

But with infections on the rise, the data also shows that vaccines are not an indestructible barrier: they must be combined with the rest of the measures that we already know protect us against the virus, such as the mask, distance, ventilation … before I go back to talking about “saving Christmas”.

1. The wave in Europe, driven by unvaccinated youth

In Europe, the epidemiological situation is increasingly worrying. There are already two countries that have recovered the confinement as a formula to control the new wave of infections. From one side Austria, whose closure is generalized for the entire population. Of other, Slovakia, which has followed in the footsteps of the neighboring territory, limiting mobility for those who have not been vaccinated or who have not overcome COVID.

Immunization in many countries is becoming indispensable in the daily lives of many people. At the time of compare the level of vaccination by territories, the task is complicated, since they do not offer the same information by age group and the data are difficult to harmonize and compare. The following graph shows the regions with homogeneous documentation and reported to the European Center for Disease Prevention and Control (ECDC).

This week the European Medicines Agency the European Medicines Agency has given free rein to the vaccination of children 5 to 11 years, but vaccination in the next age group is still irregular. In countries such as Spain and Portugal, the complete guideline in children from 10 to 14 years of age is above 40%; on the other hand, others such as Sweden and Croatia barely exceed 1%.

On Slovakia, one of the countries hardest hit by this new wave, has not been able to nor that one in two young people between 18 and 24 years old has the complete pattern, and not in the group of 25 to 49 years. The same is true in Croatia, as opposed to Ireland, Iceland and Portugal, where eight out of ten are already immunized. From the age of 50, vaccination coverage increases in most of the registered countries.

And what happened to the incidence on the continent in the last two months? That has skyrocketed among 15-24 year olds in many countries, reaching more than 2,000 cases per 100,000 inhabitants in the last two weeks in Slovenia, Slovakia and Austria. Precisely the 25-49 age group is not far behind in those countries, as can be seen in this graph.

In order to convince those who have not yet received any dose, the European Commission last Tuesday shared a visualization where immunization and its effect on mortality were related. The conclusion seems clear: the more vaccines, the fewer deaths.

2. Finally official data confirming the effect of the vaccine

In Spain, this week the Ministry of Health began to publish information to differentiate the rates of infections, hospitalizations, and deaths among vaccinated and unvaccinated people, with the data available from the autonomous communities in the last eight weeks.

With a pedagogical spirit, data wants to prevail over rejection so that the 3.9 million people over 12 years of age are immunized, who, according to official figures, have not yet done so. The numbers on the street confirm the scientific knowledge of the laboratories: the unvaccinated have triple the risk of contagion and those over 60 years of age, up to 25 times the risk of dying.

The first weeks in the series presented by Health were of very low transmission in general in Spain, so the difference in risk between vaccinated and unvaccinated is less perceived. But from November, when the average weekly incidence begins to rise steadily, it is appreciated how the infections spread much more among the unvaccinated, especially as age increases – and with it vulnerability to COVID-19.

The effects are seen more extreme in those over 60, although it must be taken into account that the unvaccinated population in these age groups is very small. If we add to this that the censuses may not be exhaustive, we must be careful when interpreting the wide differences that the data draw in these groups. And despite everything, the conclusion is the same: Getting vaccinated considerably reduces the risk of infections, their severity and deaths.

For this reason, in the countries of our environment, they press before what is coming. On France there will be a third dose for all adults. On Portugal, with a vaccination rate even higher than the Spanish one, they plan to force telework and close bars and restaurants from January 2 to 9, after the possible Christmas “excesses”. Both will again force the use of mask indoors and they will be more demanding with the COVID passport to increase restrictions on the unvaccinated.

See also  Doctor Who: The actors rumored to take over from Jodie Whittaker, from David Tennant to Hugh Grant

“Without the vaccine we would be submerged by this new wave, because the delta variant is more contagious and we would be confined, “said the French Minister of Health, Olivier Véran, who also indicated that there the number of hospitalized unvaccinated is ten times higher than those vaccinated.

Just a week ago we were talking about ‘oasis’ that Spain looked like compared to the situation in the rest of Europe, triggered in incidence and pointing to the unvaccinated as responsible for the new alarm situation. But if we think that the high level of vaccination in Spain will protect us by itself from a new wave of infections, there is a precedent that negates this illusion.

This is the case of Navarra, literally a predictor of what may happen. The professor at the Faculty of Economics at the University of Navarra, Francesc Pujol, remembered him from there. The Autonomous Community, which now leads the 14-day cumulative incidence rate, with 499 cases per 100,000 inhabitants, is not an unprotected place against the virus. It has vaccinated with the complete schedule 90.2% of its population older than 12 years – above the average of the country, 89.2% -, and 79.3% of the total population – 79.2 % in the whole of Spain-. The incidence is higher and in Navarra and began to grow earlier. And it is not the first time that happens.

Wave by wave and with small variations, history repeats itself. One or two communities begin to see its incidence grow and the others emulate it a few days later. Unfortunately, hospitalizations and deaths continue the sequence weeks later, despite the fact that the vaccine has notably mitigated these curves since the summer. Experience shows that Navarra will not be the exception, but only the first to arrive. In the other communities, with their also excellent vaccination data, the incidence is growing.

It is true that the cumulative incidence no longer has the same meaning in a context of a large vaccinated population. In fact, the new ‘COVID traffic light’ of Health reduces the levels in this indicator and focuses more on hospital admissions and ICU. But it’s still the pilot that lights first. The 14-day cumulative incidence curve in Spain began to rise on November 3 after a few days in the valley. On the 12th, the number of hospitalizations and ICU began to rebound. Let’s stay tuned.

4. The rise of the COVID passport

In Europe, the COVID passport continues to be key to regulate the transit of travelers. So much that now Brussels proposes that this document expire nine months after being vaccinated if a booster dose is not received, a dose that is recommended for the entire adult population.

And more and more, the trend reaches Spain, community by community. Faced with each rise in incidence, administrations have had a preferred measure to deal with transmission and its consequences. Last year they were the limits of capacity in terraces and restaurants. After the end of the state of alarm, there were curfews to avoid the crowds of unvaccinated young people. And now that the vaccinated are the majority, the favorite resource of the regional authorities is the COVID passport to regulate access to public indoor spaces.

Following the Government’s refusal to establish a common framework, Spain is now a map in progress among communities that already apply the COVID passport to varying degrees, those that look to the courts to put it into practice and those that consider taking the step.

We are in the start of the main consumerist whirlwind of the year, the one that starts on Black Friday -or Singles Day- and reaches the Three Kings. But it turns out that surprises us in the middle of a supply crisis which is affecting economic activity around the world.

In DatosRTVE we have tried to explain step by step what is happening in the supply chainWhy the mismatch that the pandemic has caused between supply and demand has made the products and materials we buy in Spain take much longer to arrive and are more expensive. One figure illustrates the phenomenon clearly: the price of shipping a container by ship is now 576% more expensive than two years ago.

They say that every crisis is also an opportunity. So the current supply crisis should not only be the penultimate topic of conversation in the media, but also a occasion to put on the table that a new consumer model is needed.

The experts do not tell us when this crisis will end, but they do predict that the “new” supply chain that emerges later will be different. We walk towards a new logistics. We will talk about her in the next few days.