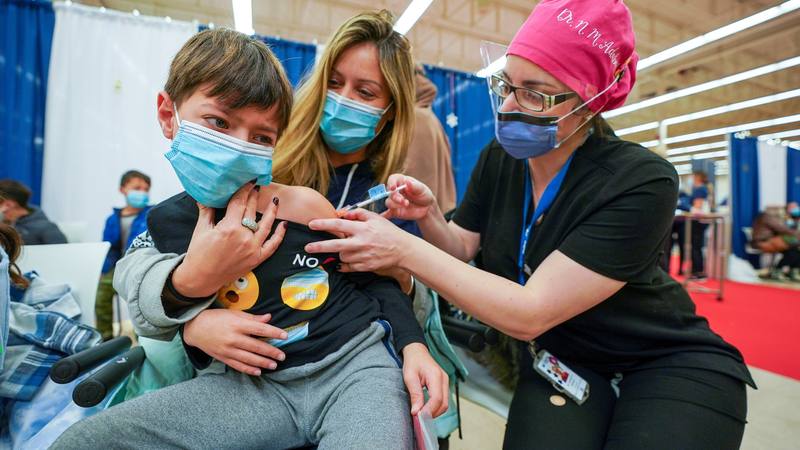 The vaccination against coronavirus of children under 12 years of age is getting closer. Although the Ministry of Health has not yet ruled on whether or not it will recommend its application, the authorization by the European Medicines Agency of the pediatric use of the Pfizer vaccine (in children from 5 to 11 years old) brings closer the possibility 3.2 million children can be immunized against COVID-19.

The start of a vaccination campaign for the youngest could serve to contain the growth of infections registered in Spain in recent weeks. In addition, it would do so by protecting a group that, although it has hospitalization rates and a fatality rate well below that of adults, reports particularly high infection data.

The “great protagonists” of the transmission

“The main protagonists of the transmission right now are children under 12 years old,” said Quique Bassat, a pediatrician and researcher at ISGlobal in Barcelona, ​​a few days ago. “They are the group that capitalizes the highest number of new infections and their vaccination -Said the expert in an interview in The mornings of RNE– It will be important to control the transmission that we are seeing now. “

The incidence of children under 12 years of age began to separate from those of the rest of the ages at the end of October and today records the highest rate of all bands: 274 cases per 100,000 inhabitants. However, its curve has been skyrocketing since mid-September. Although then all the groups began to reduce their infection rate, the older ones did so at a higher rate than that of the smallest.

Contrary to what has happened with the rest of the groups, since the Ministry of Health publishes the incidence segmented by age, the circulation of SARS-CoV-2 among children under 12 years of age has never been considered controlled. It has always been above 50 cases per 100,000 inhabitants, the threshold below which the rate is considered out of danger according to the new health traffic light.

Contagions triggered in the Basque Country and Navarra

Bassat compares vaccinating children with the effect that immunization had on adolescents during the summer months. As the researcher at the National Center for Biotechnology of the CSIC Saúl Ares explained a few weeks ago, vaccination of children under 10 years of age will not lead to group immunity or completely stop the transmission of the virus, but it could prevent a relevant number of cases in other age groups.

This derivative is especially important in communities such as the Basque Country and Navarra: the only two regions that are currently at high risk regarding their incidence, where the impulse of infections clearly comes from the hand of those under 12 years of age, with rates above 850 and 1,120 infections in the last 14 days, respectively.

The situation also begins to worry in Catalonia, with the highest incidence -398 cases- in the youngest group. This situation is repeated in another 11 communities: Andalusia, Aragon, Balearic Islands, Cantabria, Castilla-La Mancha, Castilla y León, the Valencian Community, Extremadura, Galicia, Madrid and Murcia.

On the contrary, only in the autonomous cities of Ceuta and Melilla are the infection rates of those under 12 years old among the lowest of all groups.

In any case, the incidence of the smallest contrasts with that of the immediately superior group. Young people aged 12 to 19, whose vaccination was especially intensified before the start of the school year, currently report the lowest number of infections in 16 territories (with the exceptions of Galicia, Extremadura and the Basque Country).

Given this scenario and if necessary, autonomous communities such as Murcia or Castilla-La Mancha have shown themselves ready to start vaccination of children under 12 years of age “imminently”. Galicia and the Balearic Islands have also expressed their willingness. “If this is finally confirmed and translated into a decision by the Government of Spain, the only thing we need are vaccines,” said the president of the Xunta, Alberto Núñez Feijóo.

For its part, counselor Balearic Health, Patricia Gómez, calculates that child vaccination in Spain may be approved “in mid-December” and hopes that the pharmaceutical companies will have doses to “start this process as soon as possible.”

The endorsement of the European agency paves the way for the 3,217,157 children between the ages of 5 and 11 in Spain to be vaccinated against COVID. However, the European Commission has yet to grant Pfizer conditional marketing authorization for the vaccine to be distributed in all EU member states.

After it, the pediatric vaccine will be available to the Public Health authorities of the Ministry of Health, who will be able to start using it in their vaccination plans.