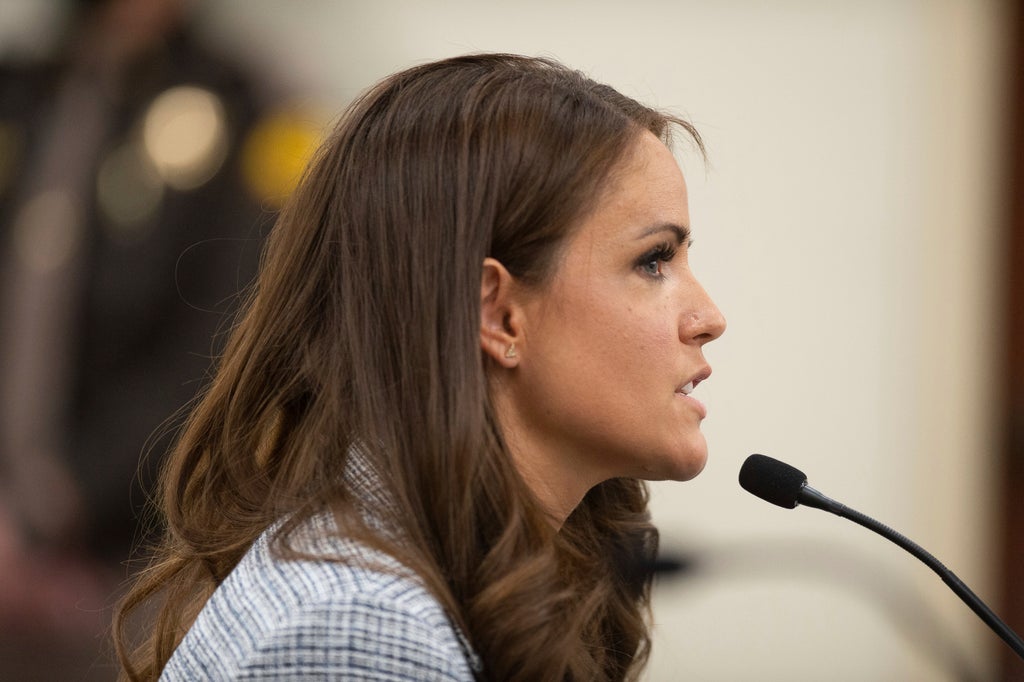 Utah lawmakers advanced an amended proposal Monday that would create a mechanism to limit transgender athletes from participating in girls’ sports, revisiting a heated debate that has raked through dozens of Republican-led statehouses since last year.

The proposal would create a commission to determine which transgender athletes can participate in all “gender-designated” youth sports, though lawmakers have focused on the idea of ​​transgender girls competing in leagues that match their gender identity.

It is the latest attempt by Utah Republicans to add state oversight to youth sports. Similar efforts in other statehouses have become touchstones for the broader LGBTQ rights movement, sparking legal battles and outcry.

The debate pits parents’ groups and social conservatives who believe a policy is needed to establish fairness and preserve girls’ sports against LGBTQ advocates, who say the low number of transgender student-athletes suggests the issue is more about culture war messaging than leveling an unfair playingfield.

In Utah, efforts to regulate transgender student-athlete participation in women’s sports stalled last year amid concerns from Republican Gov. Spencer Cox and Jazz owner Ryan Smith, who worried passing a ban could jeopardize efforts to bring big events to Utah, such as the 2023 NBA All-Star Game.

But states that passed bans haven’t faced boycotts like North Carolina did when the NCAA and NBA relocated events in response to the passage of a 2016 state law limiting which public restrooms transgender people could use.

South Dakota Gov. Kristi Noem this month signed into law a ban on transgender girls from playing in women’s sports at the youth and college level.

Of the about 85,000 participating in sports overseen by the Utah High School Activities Association, only three student-athletes have gone through the association’s transgender participation eligibility review process. Republican Kera Birkeland, the proposal’s sponsor, said Monday she knew of more participating, but didn’t elaborate.

The association, governed by representatives from schools throughout Utah, follows its own procedures to evaluate transgender student-athletes and ensure their gender identity is “not for the purpose of gaining an unfair advantage.” But politicians in the Legislature have argued the issue is public policy that should be overseen by elected officials.

The Associated Press last year reached out to two dozen lawmakers in the more than 20 states considering similar youth sports measures and found only a few times it’s been an issue among the hundreds of thousands of teenagers who play high school sports.

Birkeland, who coaches junior varsity basketball when not in Utah’s Legislature, said she’s had conversations with many girls who feel it’s unfair for transgender athletes who’ve experienced some of the effects of male puberty to participate alongside them, she said Monday. The girls, she said, would take comfort if they knew a panel tasked with leveling the playing field reviewed their eligibility.

“To those that think that I’m just trampling on women’s sports, or that this is a solution looking for a problem: All three of my daughters have played (against) transgender athletes. So this is happening in our state,” Birkeland said.

The proposed commission passed through a legislative committee on a 6-3 vote Monday, with Republicans in favor and Democrats opposed.

If the bill is enacted, transgender kids in Utah who want to play sports will be required to go before a “School Activity Eligibility Commission,” which will evaluate where they fall along “baseline ranges” regarding physical characteristics for age and gender.

The commission would be composed of members including physicians, mental health professionals, statisticians and athletic trainers. All would be appointed by Gov. Spencer Cox and leaders of Utah’s Republican-supermajority Legislature.

In Utah, all students participating in grade or high school sports upload birth certificates. Transgender students who apply to participate in a “gender-designated interscholastic activity” that doesn’t correspond with the sex listed on their birth certificate would be sent to the commission.

The panel of politically appointed experts would create criteria for participation and evaluate individual cases based on provided medical information about gender transition, including hormone treatments.

In red states like Utah, lobbyists who oppose establishing new state laws governing when transgender athletes can participate in youth sports remain in discussion with lawmakers over the proposal, rather than opposing it outright.

“We just don’t believe it is necessary for the Legislature to identify the specific physical characteristics that the commission considers to determine whether an individual teenager is allowed to play a particular sport,” said Troy Williams, executive director of Equality Utah.

The story corrects the first name of the bill’s sponsor to Kera, not Keri.