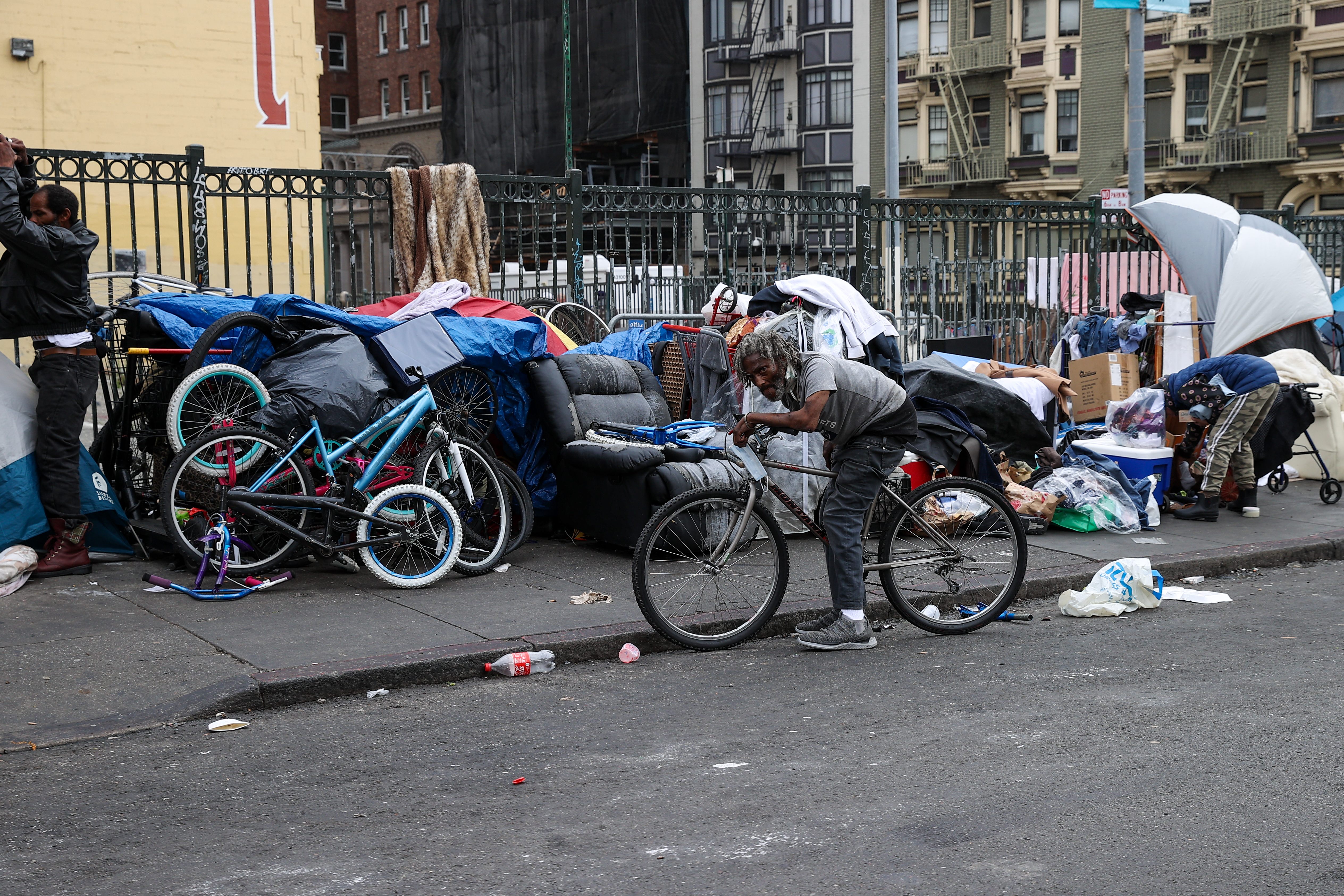 San Francisco has launched a crusade against violence and drugs. London Breed, the Democratic mayor of this progressive Californian city, declared a state of emergency last week in the central Tenderloin neighborhood, with a bohemian past, to stop the fentanyl traffic that runs through the streets, mainly affecting the homeless and has placed the city on the brink of breaking the record for overdose deaths in 2021.

“Too many people are dying. Too many citizens are scattered on our streets and now we have a plan to prevent it, ”said Breed on December 17, the first day of the state of emergency. Between January and November, 600 people have died of overdoses in San Francisco, a figure that is close to the maximum of deaths due to drug use that left 2020, 712 people. To the planetary pandemic of the coronavirus, in San Francisco another epidemic is added, that of drugs. One and another crisis rage in this city: since 2018 overdoses have increased by 200%.

And Tenderloin is the epicenter of that macabre statistic. There, 20% of the city’s overdoses are registered. These reach 41% if the deaths that occurred in the SoMa area, Southern Market, southeast of the Tenderloin neighborhood, are added. These areas only account for 7% of the population of San Francisco.

To tackle the situation in this area located less than four kilometers from the Embarcadero tourist area, the plan envisages increasing the budget for the police in the Tenderloin district and investing in infrastructure to address a situation that the mayor already openly describes as “ crisis”. The funds will be used to improve public toilets, sanitary and mental health services, as well as shelters, offices for social workers and temporary clinics where addicts can consume in a controlled manner.

Breed says he gave the plan the green light after hearing testimonies from residents who “live in fear.” Tenderloin was during the fifties and sixties an area full of nightlife, in which the best jazz clubs coexisted with theaters, brothels and cabarets. But that life has been extinguished for years. “They told me about drug dealers who threaten grandmothers. Of shootings in broad daylight in parks where single mothers walk their children after school, of assaults in the streets, “said the mayor in a text explaining her decision. The objective, he says, is to prevent crime, end the transfer and public use of drugs, make pedestrian traffic safe, increase the capacity of shelters, prevent the street sale of goods and food, and clean the streets.

The initiative already has detractors, especially among the progressive left, a powerful group in the city. They accuse Breed of wanting to flood the streets with policemen, in a show of force in the face of what is a public health problem. “Incarcerating people with mental problems is not going to solve the problem. It’s not the only option we have, ”Chesa Boudin, the city’s district attorney, said Monday. Other personalities such as the ombudsman and various activists in defense of the homeless have joined these criticisms.

Breed justifies the police increase as a necessary measure to reduce the traffic of fentanyl, the drug that has catapulted deaths on the streets of San Francisco. Seven out of ten deaths from overdoses had used this synthetic opiate, 20% more than in 2019, according to the mayor’s office. The police seized 23 kilos in 2020, a figure that was four times that of 2019.

The authorities have already started to act. In recent days, 23 people have been arrested. Breed has asked the judges to be tough on some of these suspects with criminal records and who have been released with ease on other occasions.

The mayor has also promised law enforcement new tools. As a legislative change that, as of January, will allow the police to use images from the security cameras of businesses and private businesses. The rule aims to facilitate the work of the uniformed, who since 2019 must request a permit from the city authorities every time they want to obtain material recorded by a commercial camera. Breed believes that these limits, put in place after complaints from privacy advocates, hamper the work of the police in emergencies such as shootings, terrorist acts, kidnappings or episodes of looting such as those that San Francisco has experienced in recent months.

The city experienced in November a wave of organized robberies on social networks, which dozens of people used to agree and rob businesses. Vandals came in groups with metal bars and sledgehammers to destroy shop windows to take everything that covered their arms. This new modality adds to the increase in robberies in pharmacies, luxury boutiques and marijuana dispensaries. The Battle of Tenderloin is part of the answer to one of the great problems faced by one of the most emblematic cities in the United States.