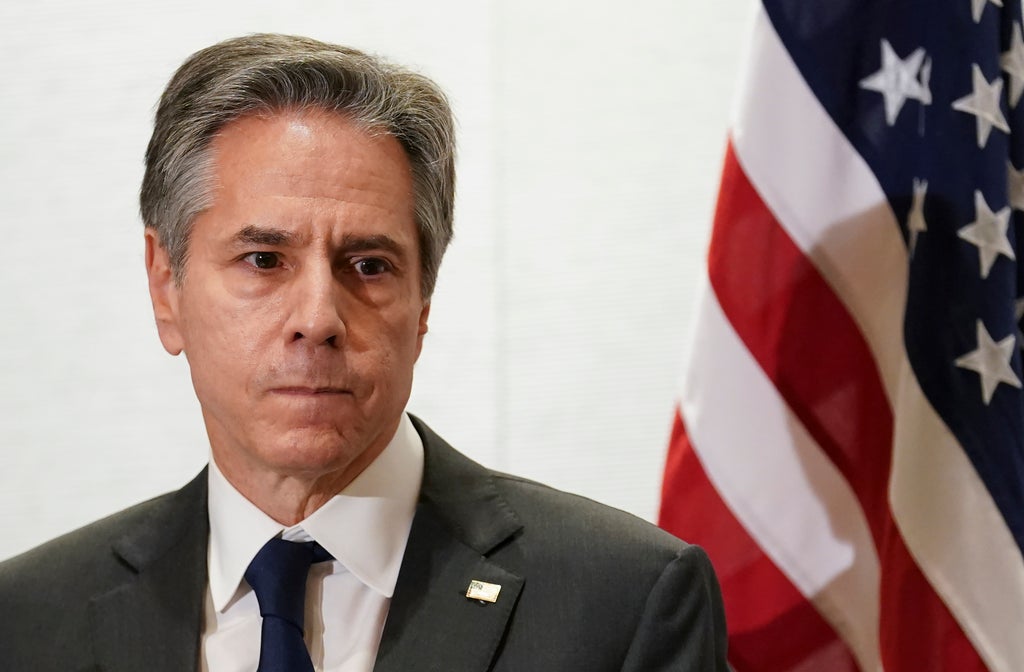 A new Biden administration strategy for the Indo-Pacific emphasizes not going it alone in dealing with China’s growing influence and ambitions, underscoring the administration’s efforts to strengthen security cooperation and other ties with allies and partners in the region.

Friday’s newly released strategy paper was unveiled as Secretary of State Antony Blinken was in the Pacific, meeting diplomats of Japan South Korea, Pacific Island nations and other governments — waving the US flag, as the Olympics were underway in Beijing to capture some world attention.

Senior administration officials said the expanding US engagement in the region under President Joe Biden was something that countries there want, and said the US was not pressing Asian and Pacific states to pick sides between the United States and China.

The officials spoke to reporters on condition of anonymity to explain the thinking underlying the administration’s new Indo-Pacific strategy.

The US objective in the region “is not to change China but to shape the strategic environment in which it operates,” the strategy paper states. The US called for “building a balance of influence” favorable to the US and its allies and partners, and managing its competition with China responsibly.

The Biden administration has yet to release a strategy paper laying out thinking for US policy toward China and China’s growing influence globally and in Asia and the Pacific. It has also retained aspects of the Trump administration’s bristling approach to China, including tariffs, and harsher talk on both sides. The delay in releasing a grand vision on China has drawn criticism, especially given Biden’s emphasis on China as one of the United States’ long-term foreign policy challenges.

Though separate from the China one, China still featured prominently—and often harshly—in the government’s strategy for the Indo-Pacific.

China’s “coercion and aggression spans the globe, but it is most acute in the Indo-Pacific,” the administration declares in the document. It cited economic campaigns pressing Australia, conflict along China’s Line of Control with India, pressure on Taiwan and “bullying of neighbors in the East and South China Seas.”

On security issues in the Indo-Pacific, the Biden administration says its plan includes continued support for the self-defense of Taiwan, which China claims as its territory; deeper military integration with countries in the region to determine China, as with last year’s nuclear-powered submarine agreement with Australia; and expanding efforts against cyber attacks and threats from emerging technology.

Other priorities—also all continuing or expanding existing Biden administration overtures—include promoting rule of law in the region’s seas and skies, where China makes frequent incursions into airspace and waters that neighbors claim as theirs, and supporting restoration of democracy in military-ruled Myanmar .