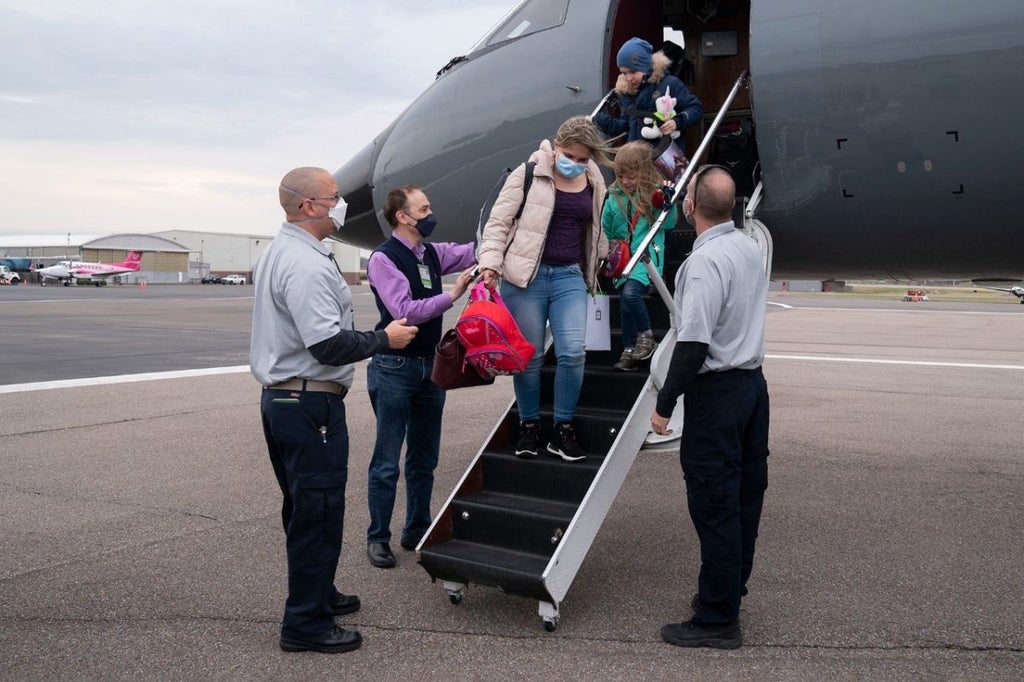 The US State Department partnered with St Jude Children’s Research Hospital in a combined effort to support the ongoing treatment of four Ukrainian children who had their cancer treatment interrupted by the current conflict, a statement released by the department on Tuesday said.

“The Department supported airlift of these pediatric oncology patients and some of their immediate family members from Poland to Memphis International Airport, where they were met and transported to St Jude,” Ned Price, the State Department spokesperson, said in the statement.

From there, the children, alongside their families, were transported to the non-profit American hospital.

The young oncology patients will now be able to resume the critical cancer therapy they need to survive, while their parents and families will be provided shelter and security, the statement continues.

St Jude’s shared pictures of the children and their families arriving late Monday, confirming that a total of 14 people were among the first to safely make it to Memphis as part of the SAFER Ukraine effort.

SAFER, as explained in the release by St Jude’s, is an international humanitarian effort that has evacuated 600 critically ill children in recent weeks and has placed the evacuees in cancer treatment centers throughout Europe, Canada and the US.

“The patients & their families left a Polish triage center early Monday on a US military plane. Flying over 10 hours & 5,200 miles, refueling in Iceland, routed through Dulles International in Washington, DC, before arriving Monday evening in Memphis, the home of St Jude.”

Though Russia continues to categorically deny that their military is engaging in the “deliberate” targeting of civilians in its invasion of Ukraine, evidence gathered by human rights groups, and echoed by US Secretary of State Anthony Blinken, point to the contrary.

In February, Amnesty International released a report that said Russia was carrying out attacks that could be considered potential war crimes, as they documented indiscriminate attacks on civilian buildings, including hospitals.

Just last week, a children’s hospital in Mariupol besieged was the site of Russian air strikes, leaving dozens injured including women in labor and hospital staff.

The State Department recognizes that attacks like these place already vulnerable populations, like pediatric cancer patients, in an even more precarious situation.

“Children are among the most vulnerable in a crisis, and these pediatric oncology patients need urgent and highly specialized medical care,” the US State Department statement reads. “We are proud to stand with European partners who are also treating children whose life-saving care in Ukraine has been made impossible by Putin’s war.”

In the statement, the department also acknowledged that the Ukrainian children being transported to the US represent a “small proportion” of the thousands of patients whose cancer treatment has been disrupted by the current conflict.

“That is why, together with our allies and partners, we will continue to support our Ukrainian partners as we seek to save lives and bring this needless war to a close.”