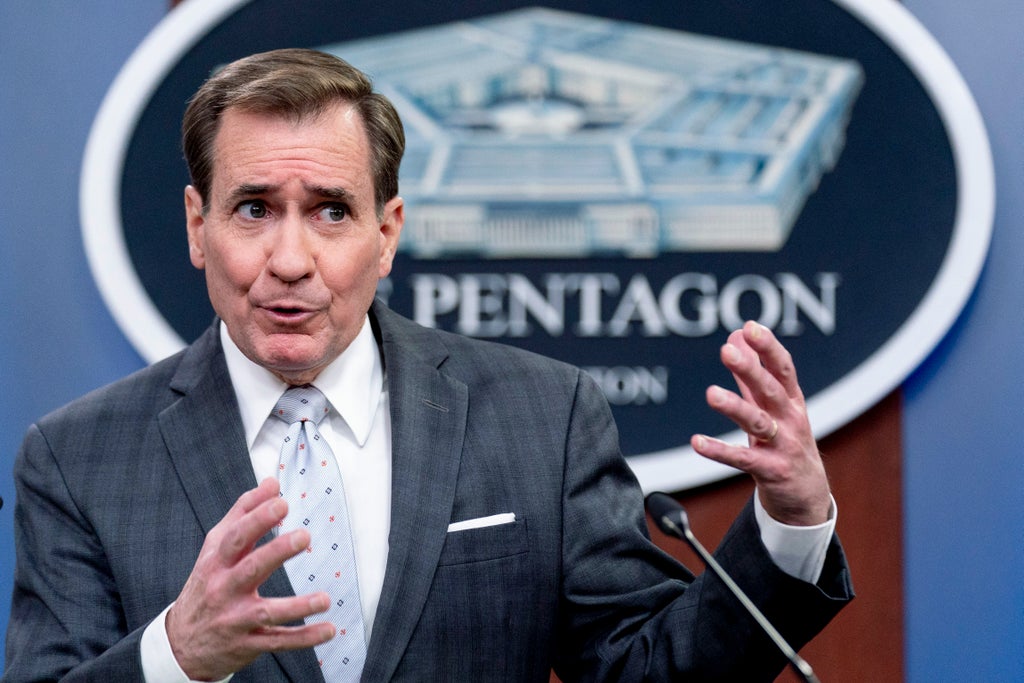 US special operations forces conducted a large-scale counter-terrorism raid in northwestern Syria overnight on Thursday, in what the Pentagon said was a “successful mission.”

“The mission was successful,” Pentagon press secretary John Kirby said in a brief statement. “There were no American casualties. More information will be provided as it becomes available.”

The attack took place in the rebel-held province of Idlib in northwestern Syria. The Pentagon did not provide details on who the target of the strike was, or if any enemies or civilians on the ground were killed or wounded. Idlib is home to several of Al Qaeda’s top operatives.

Residents and activists in the area described seeing a large ground assault and US forces used loudspeakers asking women and children to leave the area.

There was at least one big explosion. A US official said one of the helicopters in the attack suffered a mechanical problem and had to be flown on the ground. The US official spoke on condition of anonymity to discuss the details of the military operation.

The Britain-based Syrian Observatory for Human Rights, an opposition war monitor, said US-led coalition troops landed in the area using helicopters and attacked a house. He said the force clashed with fighters on the ground.

Taher al-Omar, an Idlib-based activist, also said clashes broke out between fighters in the area with the US force.

The military operation drew attention on social media, with tweets from the region describing helicopters firing around a building near Atmeh. Flight tracking data also suggested that multiple drones were circling the town of Sarmada and the town of Salwah, just north of there, in Idlib province.

The clandestine operation came as the Islamic State group appeared to be trying to make a comeback after its effort to establish a caliphate failed in 2019 after years of fighting in Syria and Iraq. In recent weeks and months, the group has launched a series of attacks in the region, including a 10-day assault late last month to seize a prison in northeastern Syria.

A US-backed Kurdish-led force said Monday that Gweiran prison, also known as al-Sinaa prison, is now fully under its control. The Syrian Democratic Forces said more than 120 of its fighters and prison workers were killed in an effort to thwart the Islamic State plot. The prison houses at least 3,000 detainees from the Islamic State group.

The prison break attempt was the extremist group’s biggest military operation since IS was defeated and its members dispersed into shelters in 2019. The US-led coalition carried out airstrikes and deployed US personnel in combat vehicles. Bradley in the prison area to help the Kurdish forces. .

In a press conference on Monday, SDF commander Nowruz Ahmad said the prison raid was part of a larger plot that the Islamic State had been preparing for a long time, including attacks on other neighborhoods in Hassakeh, Shaddada and Deir el-Zour areas in eastern Syria and al-Hol camp in the south, which is home to thousands of families of IS members.

“They (IS) wanted to launch a massive attack in the region and once again spread their terror and impose darkness on the people of the region and revive the terrorist organization once again,” Ahmad said.

The US-led coalition has targeted high-profile militants on several occasions in recent years, aiming to disrupt what US officials say is a secret cell known as the Khorasan group that is planning outside attacks. A US airstrike killed al-Qaeda’s second-in-command, bin Laden’s former aide Abu al-Kheir al-Masri, in Syria earlier this year.

Residents and activists in the area described the overnight raid in Idlib as the largest operation since the October 2019 assassination of Islamic State group leader Abu Bakr al-Baghdadi.