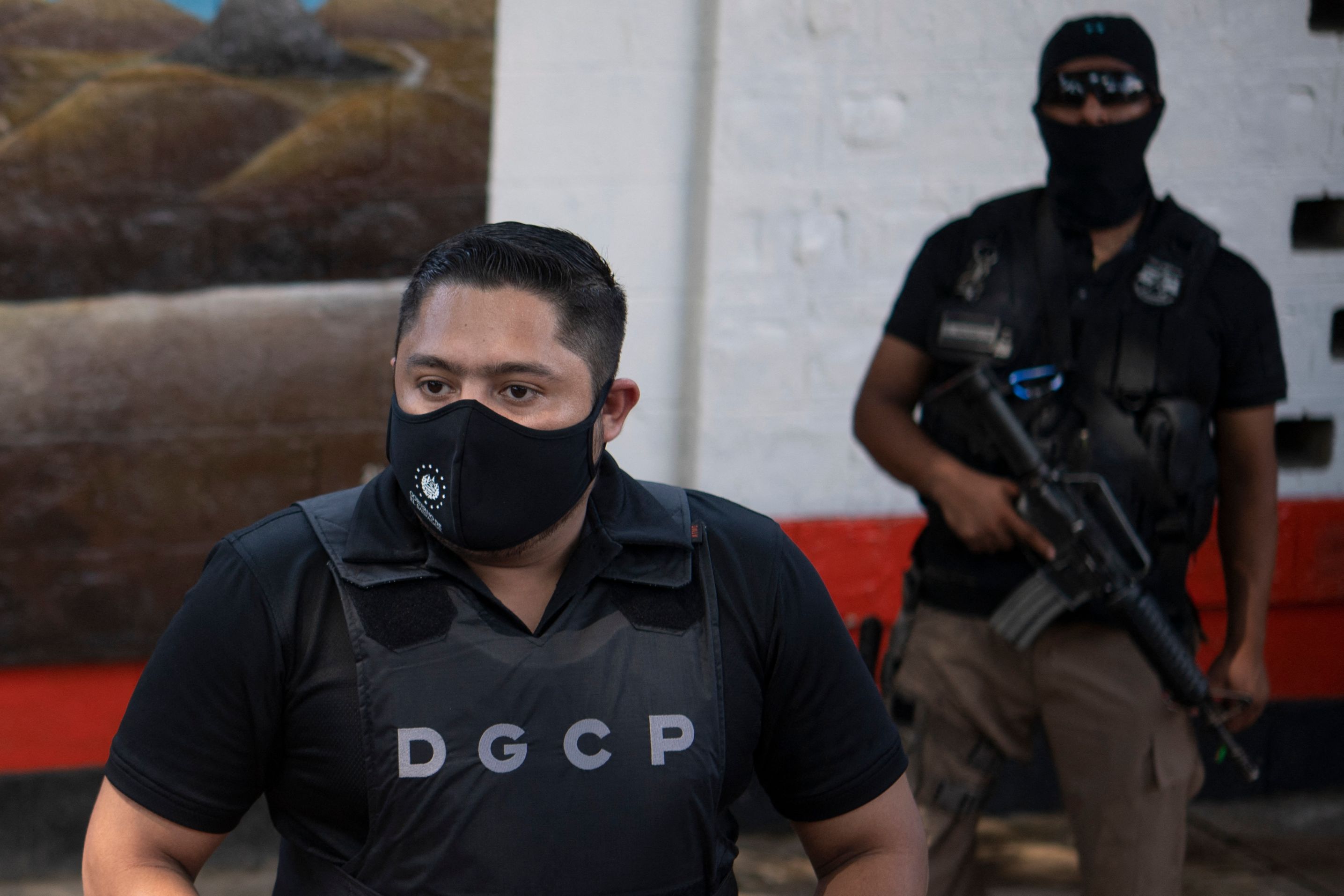 The United States announced this Wednesday economic sanctions against two high-ranking officials of the Nayib Bukele government whom it accuses of corruption for their alleged involvement in covert negotiations with leaders of the Salvadoran gangs Mara Salvatrucha (MS-13) and Barrio 18. The Department The Treasury has included Osiris Luna Meza, vice minister of Justice and general director of prisons, and Carlos Amílcar Marroquín Chica, director of Reconstruction of the Social Fabric of the Presidency of El Salvador on its blacklist.

The decision carried out by the United States Treasury is the latest in a series of sanctions announcements that mark the week of the so-called democracy summit chaired by Joe Biden. US Secretary of State Antony Blinken accuses both politicians of leading, facilitating and organizing a series of secret meetings with jailed gang leaders as part of San Salvador’s efforts to “negotiate a secret truce” with gang members.

In the Treasury statement it can be read that “an investigation into officials of the Government of El Salvador and jailed gang leaders, such as Mara Salvatrucha 13 (MS-13), has revealed covert negotiations between government officials and the criminal organization.” Furthermore, for Blinken, gangs operating across borders are “destabilizing” and often collude with government officials. “We know that organized crime backed by corrupt actors can destabilize the rule of law, erode trust in public institutions and weaken democratic governance,” Blinken said in a statement.

Last August, an investigation of the digital medium The lighthouse it revealed a secret pact between the Bukele government and the gangs. Through audios, photographs and testimonies, the digital newspaper revealed the president’s contacts with the leaders of the gangs in exchange for improvements in prison living conditions and benefits for its members in freedom. In these negotiations, according to the investigation, Osiris Luna was involved who, as the head of the prisons, authorized hooded people to enter the prisons to meet with gang leaders, bypassing all legal entry protocols, including searches, and even leaving them enter without even identifying yourself.

At the end of September, US diplomacy included five magistrates from El Salvador on its list of corrupt personalities for “undermining democracy” and “interpreting the Constitution” so that President Bukele could stand for reelection. The judges were Elsy Dueñas De Avilés, Óscar Alberto López Jerez, Héctor Nahún Martínez García, José Ángel Peréz Chacón and Luis Javier Suárez Magaña, current magistrates of the Constitutional Chamber of the Supreme Court of Justice.

Almost two months later, on November 22, relations between the United States and the Bukele Executive reached their lowest point. The charge d’affaires of the US embassy in San Salvador, Jean Manes, announced that she was leaving the Central American country due to Bukele’s undemocratic decisions, according to Washington, which have deteriorated her relationship with the US power. “There is no interest on the part of the Government [de Bukele] for improving the relationship with the United States, “said Manes.