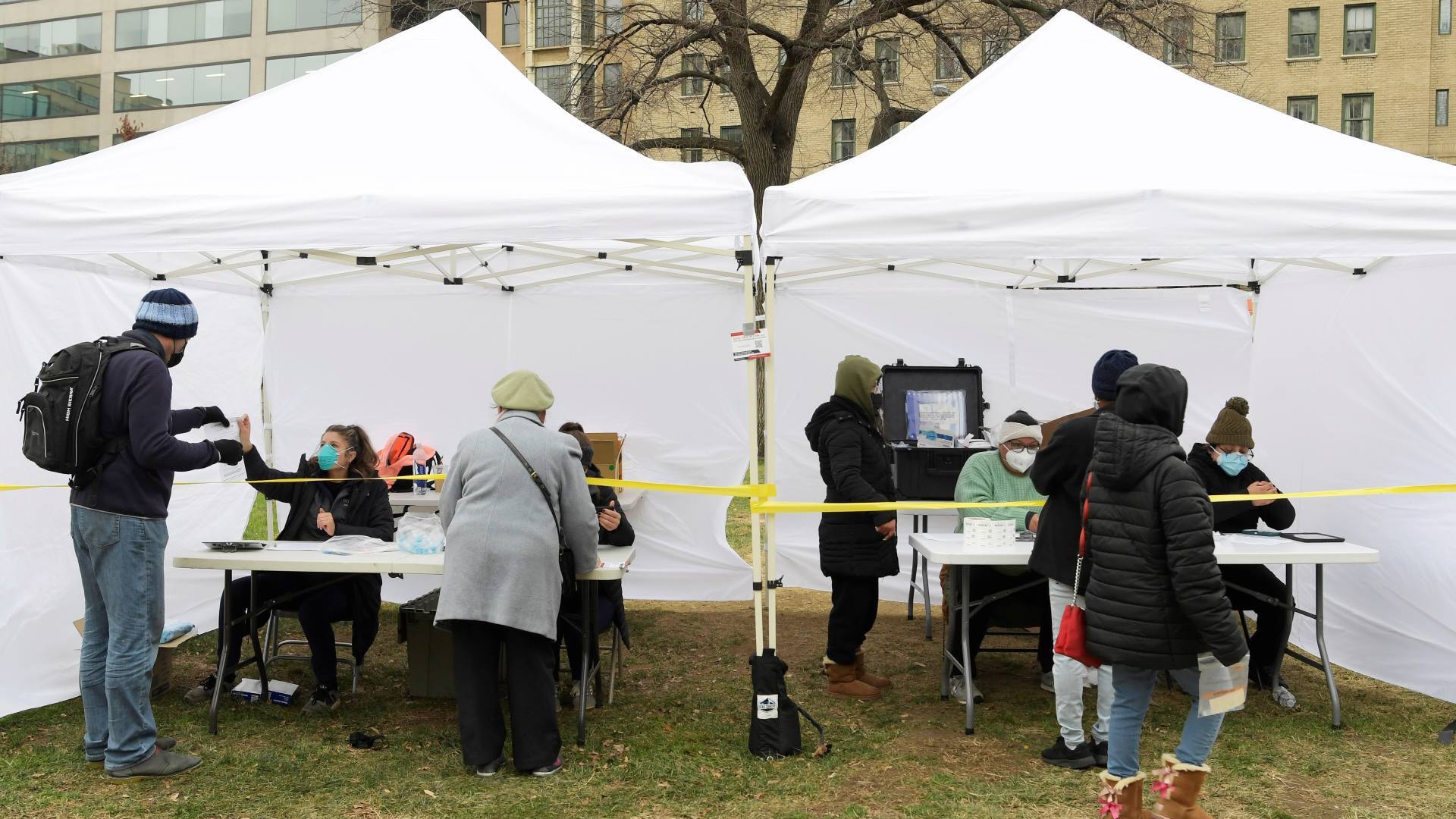 The United States Government has decided to change its recommendations due to the advance of the omicron variant of the coronavirus.

This Monday, the Centers for Disease Control (CDC) confirmed the change suggested in the morning by both the president, Joe Biden, as by the main epidemiologist of the Government, Antoni Fauci, and they have published new recommendations to reduce the isolation times of asymptomatic patients in case of contagion, which goes from ten to five days.

Until now, the US Government had been skeptical about changing the measures, but this morning there has been a change of tone and both Biden and Fauci have opened the door to changes because omicron seems to be more contagious than others. COVID-19 mutations, but also less severe.

First it was Fauci who, in an interview with the MSNBC chain, announced that the US Executive was evaluating “seriously” reducing the isolation time that those who have been infected with the virus must comply with. Later, Biden admitted this possibility if the White House medical team advised it.

Finally, the CDC has announced new recommendations that cut the isolation period for those infected of asymptomatic COVID-19 ten to five days.

In a statement, the CDC explained that the change is motivated by the scientific demonstration that most infections occur early in the disease, on the first and second day of onset of symptoms and two or three days later.

For this reason, people who test positive should be isolated for five days if they are asymptomatic and after this period, continue with a mask for another five days to minimize the risk of infecting others.

Before knowing the decision, Fauci recognized that “there are so many people who are becoming infected, including infections in people who are vaccinated”, that for that reason it was studying to reduce the isolation time, as it has finally happened.

The CDC has also updated its recommendations for the quarantine of those who have been exposed to the disease by close contact with an infected person.

In the event that those exposed are unvaccinated people, who have been vaccinated for more than six months (or more than two in the case of the Janssen vaccine), they must also keep quarantine for five days and spend another five with a mask strictly. However, those who are vaccinated or with the recent booster should pass ten days with the mask on at all times.

In recent days, hundreds of flights have been canceled in the US due to the increase in the number of infections among crews, so the CEOs of large airlines, such as Delta, United and American, had already asked the CDC to reduce the days of isolation to five.

However, the union of flight attendants, known as AFA, preferred that the 10 days of quarantine be maintained, considering that any change in the protocols should be based on science, not on the personnel problems that airlines are experiencing. .

In its statement, the CDC has insisted that the decision is made for scientific reasons that advise it.

On the other hand, Fauci has argued that it would be “reasonable to evaluate” the imposition of new vaccination requirements on domestic flights.

So far, the U.S. only requires proof of vaccination from international flight travelers who are neither citizens nor permanent residents, although all must prove that they have tested negative for coronavirus.

On domestic flights, there is no requirement to travel, but Fauci felt that asking for proof of vaccination could lead to more Americans agreeing to get the vaccine.

The US has registered an average of 203,000 new infections per day

The debate within the Government comes at a time when the United States has exceeded the levels of infection that were registered in summer with the delta variant and it has reached the figures of last winter, when the population was not yet vaccinated.

Specifically, in the last week (from December 19 to 26), an average of 203,000 per day, a level that had not been seen since January 19, according to data from The Washington Post.

Likewise, health authorities have warned that the US could soon register more than a million new cases per day, far from the peak of 248.00 that was reached last winter.

Difficulties in accessing the tests

As cases skyrocket, millions of Americans have had a hard time getting a test this weekend, as in many states it was impossible to get an appointment and, in addition, home antigen tests had been exhausted.

This Monday, Biden acknowledged that “more needs to be done” so that Americans Access COVID-19 Test and he has promised to work with US governors on that and other issues.

The president met this Monday with 25 of the 50 governors of the country, including Democrats and Republicans, to talk about the next steps in the pandemic: an expansion of vaccination points, force on health personnel and more tests diagnostic