Skip to content
Home News US made no concessions to Russia on Ukraine in formal response to Putin’s demands, says Blinken 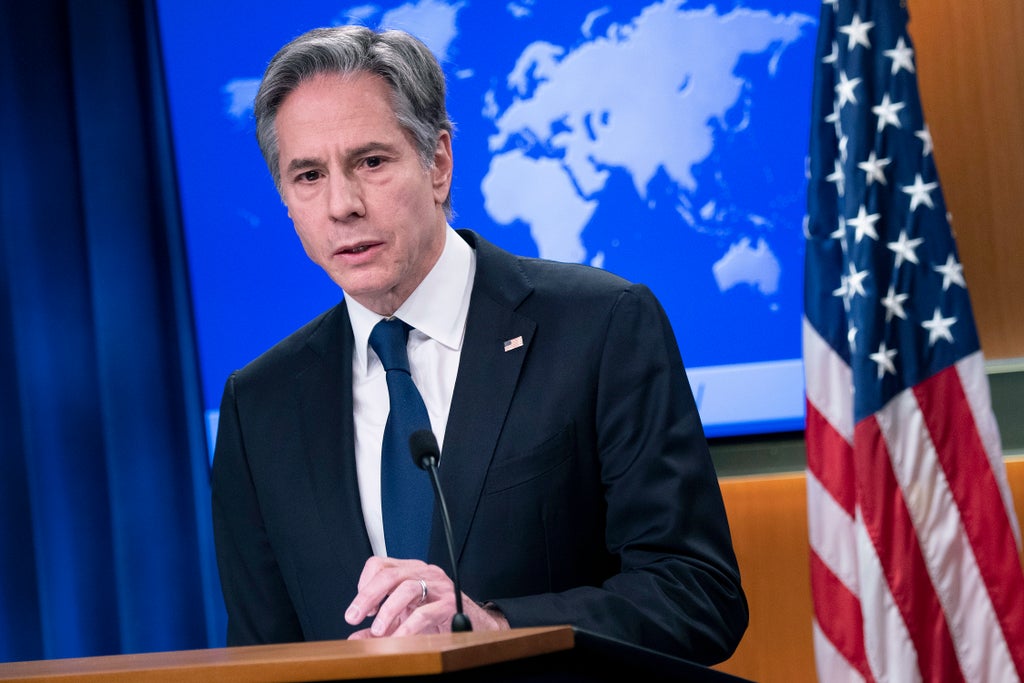 The United States delivered its formal response to Russian demands that NATO exclude Ukraine from the international alliance and withdraw its forces from Eastern Europe, as administration officials weigh additional measures, including sanctions, as weeks-long diplomatic talks continue. .

US Secretary of State Antony Blinken told reporters on January 26 that the letter “sets out a serious diplomatic path, should Russia choose it.”

He said the United States has made no concessions to Russia on its ongoing demands to exclude Ukraine, reiterating “what we have said publicly for many weeks, and in a sense for many years: that we will uphold NATO’s open-door principles.” , and that is. .. a commitment to which we are obliged”.

US officials have not relented in their refusal to consider scrapping Ukraine’s membership in the alliance, as Russian President Vladimir Putin has demanded.

“NATO’s door is open, remains open and that is our commitment,” Blinken said.

The United States said it has made “clear that there are basic principles that we are committed to upholding and upholding, including Ukraine’s sovereignty and territorial integrity, and the right of states to choose their own security arrangements and alliances,” it said.

The document, which was delivered by John Sullivan, the US ambassador to Moscow, outlines US concerns “about Russia’s actions that undermine our security” and offers “proposals for areas where we can find points in common,” according to Blinken.

NATO Secretary-General Jens Stoltenberg told reporters in Brussels that the alliance, which also delivered its formal response, has called on Russia to “once again immediately de-escalate the situation.”

“NATO firmly believes that tensions and disagreements must be resolved through dialogue and diplomacy,” Stoltenberg told reporters.

The respective responses follow weeks of diplomatic negotiations stalled by heightened tensions along Russia’s border with Ukraine, where Russia has amassed 100,000 troops and military equipment.

So far, the talks have yielded more promises to continue negotiations, as an incipient war of words between the White House and Russian officials has played out, though all sides have tried to defuse the situation.

Russia has also demanded that the US remove nuclear weapons from Europe and withdraw troops and weapons from former Soviet bloc countries that joined NATO after 1997. Such demands have been dismissed by officials as “not initiators” in their ongoing negotiations.

A recent message from the US Embassy in Ukraine has urged US citizens to leave the country.

The embassy said it would remain open to process US passports and reports of births of citizens abroad, as well as to provide repatriation for citizens who cannot afford a commercial ticket.

The United States also issued a travel advisory ordering family members of eligible diplomats to leave Ukraine and authorized the voluntary departure of direct US employees.

The latest from President Biden follows weeks of warnings from administration officials that Russia could face economic sanctions for its presence in Ukraine.

Meanwhile, Russia has threatened to cut off its natural gas supply to Europe if sanctions are imposed, dealing a potentially major blow to the continent and the negotiations.

While the United States has placed 8,500 troops on high alert for deployment, the president has stressed that the administration “has no intention of putting US or NATO forces in Ukraine.”

“But as I said, there are going to be serious economic consequences,” he added.