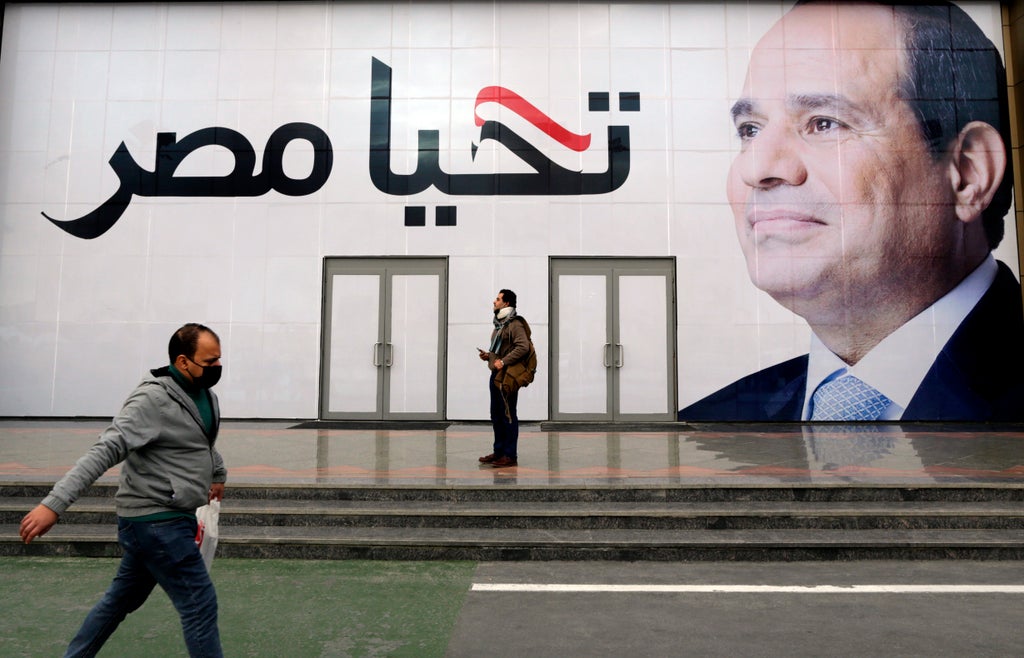 The Biden administration said Friday that it will cancel $130 million in military aid to Egypt over human rights concerns. The announcement comes just days after the administration approved a massive $2.5 billion arms sale to the country.

The State Department said on Friday that Egypt had not met the conditions to receive the $130 million in foreign military funding that has been suspended since September. He said the money would be moved to other programs. He did not give more details.

In announcing the cancellation, the department made no mention of the $2.5 billion sale of military transport aircraft and radar systems it had approved on Tuesday, not to mention the $130 million frozen.

Secretary of State Antony Blinken approved $300 million in foreign military funding to Egypt in September, but withheld another $130 million unless the government addressed “specific human rights-related conditions” by the end of January.

“The deadline to meet those conditions will pass soon,” the department said. “The (Egyptian government) made remarkable progress on the conditions, but to date they have not met all of them. Therefore, after January 30, the secretary intends to reprogram the $130 million to other national security priorities.”

When asked about the apparent inconsistency, US officials said the military aid and arms sales are not related. They say Egypt will bear the cost of the $2.2 billion purchase of the 12 C-130 Super Hercules transport planes and air defense radar systems worth an estimated $355 million.

Congressional Democrats who had urged Blinken not to approve the $130 million were pleased with Friday’s decision, but did not address the arms sale that dwarfs the amount of aid withheld.

“I’m glad the Biden administration has stood by in reprogramming these funds,” said Sen. Chris Murphy of Connecticut. dictators receive blank checks from the United States.”

On Tuesday, the State Department announced the $2.5 billion arms sale, saying it would “support the foreign policy and national security of the United States by helping to enhance the security of a major non-NATO ally that continues to being an important strategic partner. in the Middle East.”

“We hold that our bilateral relationship with Egypt will be stronger, and US interests better served, through continued US commitment to advance our national security interests, including addressing our human rights concerns,” he said. Department.

In recent years, the Egyptian government has carried out a large-scale crackdown on dissent, jailing thousands of people, mainly Islamists, but also secular activists who participated in the 2011 Arab Spring uprising that toppled the autocrat of the country, Hosni Mubarak.

Egypt imposed a state of emergency in April 2017, after deadly church bombings and attacks on Coptic Christians killed more than 100 people and injured dozens. It allowed for warrantless arrests, speedy prosecution of suspects, and the establishment of special courts.

Since then, the state of emergency has been extended several times. However, President Abdel Fattah el-Sissi announced in October, when the last extension expired, that his government will no longer renew it.