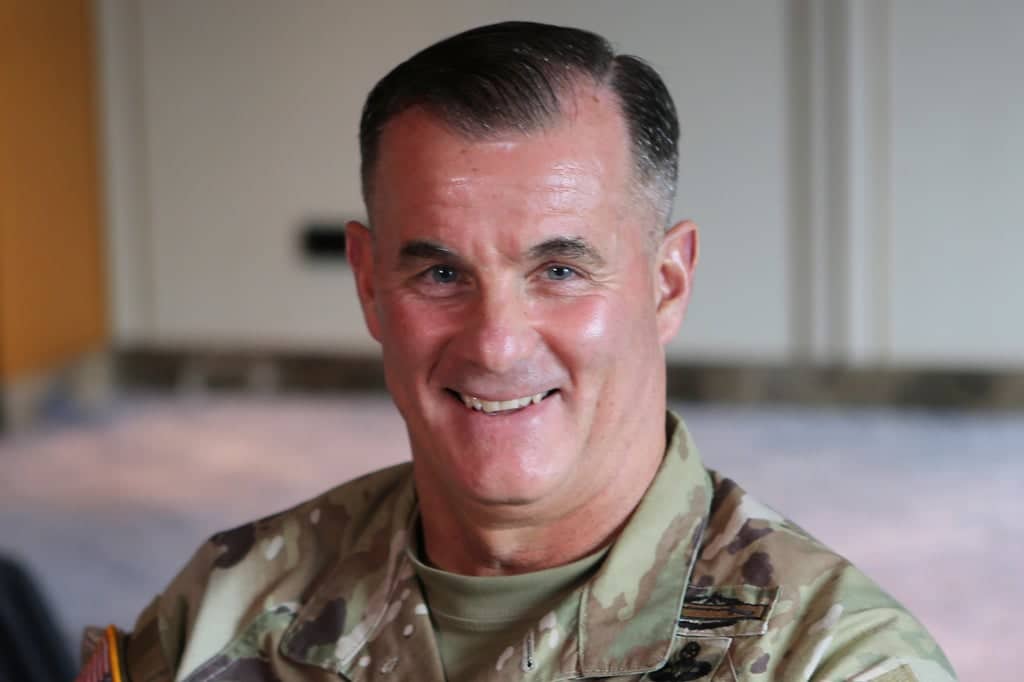 Ukraine’s stiff resistance to the Russian invasion, which has turned Moscow’s advance into a grinding war of attrition, has underscored the importance to American allies of the need to be prepared for any eventuality, the top US Army commander in the Pacific said Friday.

Gen. Charles Flynn told The Associated Press that the events in Europe highlight the need for regular training exercises with partners, like the one that just concluded between the Royal Thai Army and the US Army.

“The will of the Ukrainian army, the will of their government, the will of the resistance is a contributing factor to what’s unfolded,” said Flynn, who was in Thailand for the end of the exercise and for talks with military commanders as part of a trip meeting counterparts throughout the region.

Following the Russian invasion of Ukraine just over a month ago, many quickly drew comparisons to the situation between Taiwan and China, which claims the self-ruled island as its own territory.

China has stepped up its military harassment of Taiwan in recent years and has not ruled out the use of force against it, though China’s President Xi Jinping has stressed that “peaceful reunification” is in the best interests of both sides.

Analysts say the situation between Taiwan and China does not fit a simple narrative and that imminent military action from China is unlikely. But Taiwan’s Defense Minister Chiu Kuo-cheng said this week he was considering extending the current four-month compulsory military service amid growing concerns about tensions with China, which have been underscored by Russia’s invasion of Ukraine.

Last week, US Secretary of the Army Christine Wormuth suggested that American allies in the Indo-Pacific would be following the events in Ukraine closely to see what lessons can be applied in their own planning.

“One of the really key things that’s happening right now if you’re Japan or Taiwan or South Korea is looking at the difference in the will to fight, and the fact that the Ukrainians are fighting,” she said on a panel hosted by the Hudson Institute thinktank.

“And frankly, the Ukrainians have done a lot of work since 2014, in particular, to increase their proficiency. And I think, you know, that’s something that I would imagine that the Taiwanese are looking at carefully,” she added.

In recent years, the US and NATO allies have been pre-positioning modern and well-maintained equipment in eastern European member nations to reassure those worried of Russian aggression. The strategy also makes it easier to move soldiers rapidly to the region, rather than having to move tanks, artillery and other heavy equipment into the theater — and has already paid dividends in the wake of the invasion of Ukraine, Wormuth said.

Planners are now looking at how to expand that approach in the Indo-Pacific as well, she said.

“We’ve got to let the diplomacy, the defense diplomacy, move forward, but I think we’d be very interested in finding more opportunities to have greater (pre-positioned equipment) in the theater,” she said.

Already, the US is conducting exercises using the pre-positioned equipment it has in warehouses and on ships in the Indo-Pacific region, like in this month’s exercises in the Philippines, Flynn said.

The active use of it in training helps streamline the process of getting the equipment to the soldiers and also ensures the equipment is fully functional in case it is needed quickly.

“The more we practice that, the better that we will be at doing it at a speed and volume that, in the event there is a crisis, we’re able to access that material, move it rapidly, be able to get it in the hands of soldiers and formations so that they can go address whatever problems it’s being issued for,” he said.

In its long-awaited Indo-Pacific strategy released last month, the White House emphasized that it sees the region as “vital to our security and prosperity” and singled out growing challenges from China, which it said “is combining its economic, diplomatic, military and technological might” to try and expand its influence.

“Our objective is not to change the PRC (People’s Republic of China) but to shape the strategic environment in which it operates,” the paper said, adding that the US was “determined to strengthen our long-term position” in the region.

Flynn said thus far, the increased US commitment to Europe in the wake of Russia’s attack on Ukraine has not meant that resources have been directed away from the Indo-Pacific.

“No one’s asked the US Army in the Pacific for anything substantial to Europe,” he said. “We have plenty of work here and … we’re more than capable of doing it.”