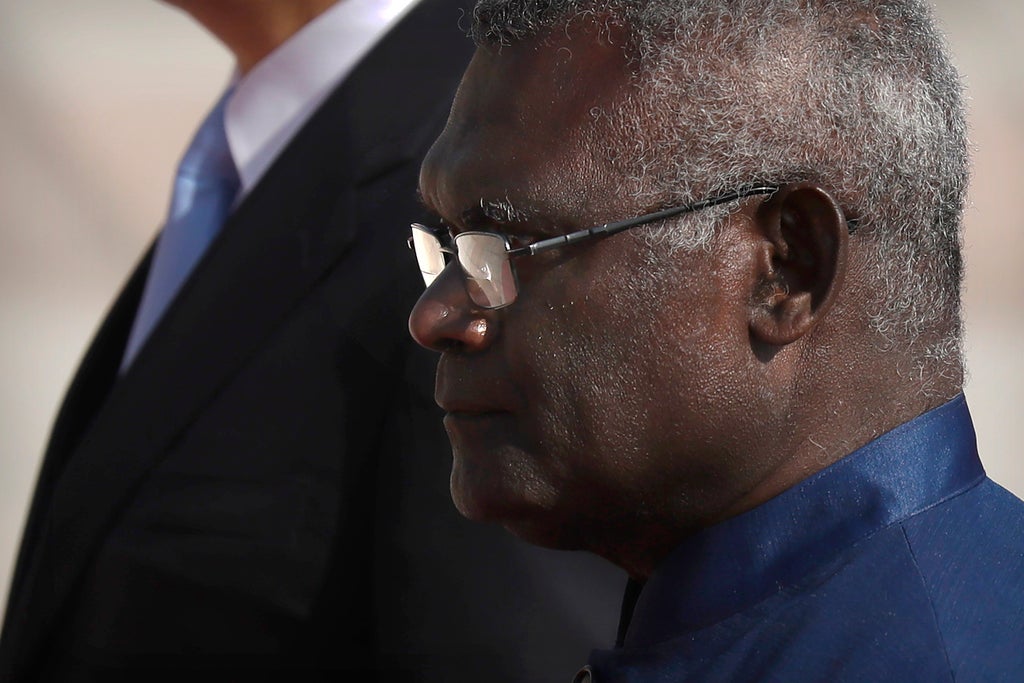 The US says it will open an embassy in the Solomon Islands laying out in unusually blunt terms a plan to increase its influence in the South Pacific nation before China becomes “strongly embedded.”

The reasoning was explained in a State Department notification to Congress that was obtained by The Associated Press. It comes as US Secretary of State Antony Blinken is touring the Pacific, meeting diplomats from Japan, South Korea, Australia, Fiji and other nations.

The State Department said Solomon Islanders cherished their history with Americans on the battlefields of World War II, but that the US was in danger of losing its preferential ties as China “aggressively seeks to engage” elite politicians and business people in the Solomon Islands.

The move comes after rioting rocked the nation of 700,000 in November. The riots grew from a peaceful protest and highlighted long-simmering regional rivalries, economic problems and concerns about the country’s increasing links with China. Rioters set fire to buildings and looted stores.

Solomon Islands Prime Minister Manasseh Sogavare survived a no-confidence vote the following month, telling lawmakers in a fiery 90-minute speech that he’d done nothing wrong and would not bow down to “the forces of evil” or to “Taiwan’s agents. ”

The US previously operated an embassy in the Solomons for five years before closing it in 1993. Since then, US diplomats from neighboring Papua New Guinea have been accredited to the Solomons, which has a US consular agency.

The embassy announcement fits with a new Biden administration strategy for the Indo-Pacific that was announced Friday and emphasizes building partnerships with allies in the region as a way to counter China’s growing influence and ambitions.

In its notification to Congress, the State Department said China had been “utilizing a familiar pattern of extravagant promises, prospective costly infrastructure loans, and potentially dangerous debt levels,” when engaging with political and business leaders from the Solomon Islands.

“The United States has a strategic interest in enhancing our political, economic, and commercial relationship with Solomon Islands, the largest Pacific Island nation without a US Embassy,” the State Department wrote.

The State Department said it didn’t expect to build a new embassy immediately but would at first lease space at an initial set-up cost of $12.4 million. The embassy would be located in the capital, Honiara, and would start small, with two US employees and about five local staff.

The State Department said the Peace Corps was planning to reopen an office in the Solomon Islands and have its volunteers serve there, and that several US agencies were establishing government positions with portfolios in the Solomons.

“The Department needs to be part of this increased US presence, rather than remaining a remote player,” it wrote.

Blinken on Saturday left for Fiji after visiting the Australian city of Melbourne where he had a meeting with his counterparts from Australia, India and Japan. The four nations form the so-called “Quad,” a bloc of Indo-Pacific democracies that was created to counter China’s regional influence.