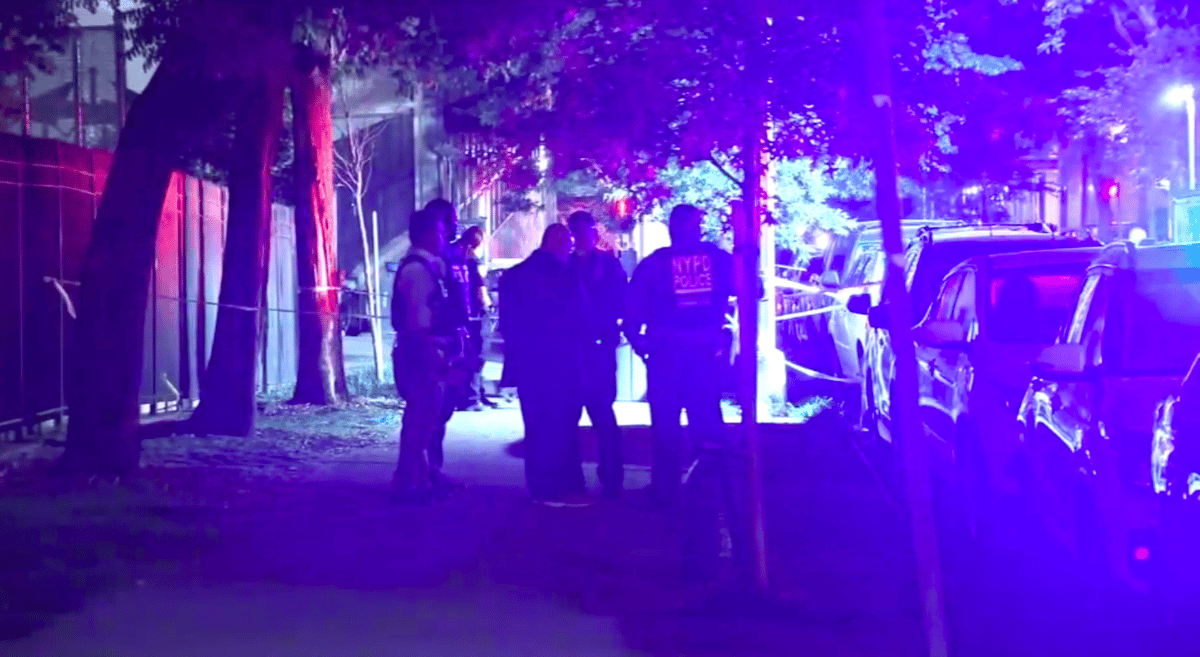 A young mother walking with her baby in New York was shot and killed after a gunman attacked her from behind, authorities say.

At about 8:30pm on Wednesday night, near Lexington and East 95th Street, a 20-year-old woman pushing her months-old child in a stroller was approached from behind by a hooded gunman, who then fired one fatal shot into the back of her head, police say.

The shocking murder came just days after the Supreme Court struck down a New York law that requires people to demonstrate a particular need for carrying a gun in order to get a license to carry one in public. The justices said the requirement violates the Second Amendment right to “keep and bear arms.”

During a news conference following the shocking murder, New York City Police Commissioner Keechant Sewell said the victim was rushed to Metropolitian Hospital in critical condition. She was pronounced dead approximately an hour after arriving, he added, without identifying the victim.

The child, who was in the stroller at the time of the attack, was reportedly unharmed, officials said.

The suspect remains at large and is described as having been dressed in all black and a hooded sweatshirt. There was no word on a possible reason.

The brazen murder took place in one of the city’s most affluent neighborhoods and just blocks away from a playground, where kids playing reportedly heard a loud “boom” that they only later processed as being a gunshot when they saw the terrible scene that had unfolded, according to the dailymail.com.

“I was really confused, because I thought maybe this was fireworks. But then I realized that no, this is serious and that there was a gunshot,” a 10-year-old girl in the area told the Mail.

Later in the evening, New York City Mayor Eric Adams attended a press conference at the scene of the violent crime and laid the blame for the stunning murder at the feet of the city’s “problem of the over-proliferation of guns on our streets”.

“When a woman is pushing a baby carriage down the block, and is shot at point-blank range, it shows just how this national problem is impacting families,” Mr Adams said, according to CBS News. “It doesn’t matter if you are on the Upper East Side, or East New York, Brooklyn. The oversaturation of guns endangers people.”

On Thursday, in a 6-3 decision, the justices’ of the Supreme Court determined that the New York law that required people who seek to carry a concealed weapon to receive a permit, considered to be one of the country’s most restrictive laws, to be unconstitutional.

The decision is expected to ultimately allow more people to legally carry guns on the streets of the nation’s largest cities — including New York, Los Angeles and Boston — and elsewhere, as about a quarter of the US population lives in states expected to be affected by the ruling, the high court’s first major gun decision in more than a decade.

Just hours before the fatal shooting in the city, the governor of the state announced a new measure that is being finalized with legislative leaders that will ban people from carrying firearms into many places of business unless the owners put up a sign saying guns are welcome.

Gov Kathy Hochul said lawmakers have agreed on the broad strokes of a gun control bill that the Democratic-led Legislature is poised to pass Thursday.

Wednesday night’s murder also follows a string of recent shootings that have seemingly taken place at random on the streets and on the subway, according to Reuters.

Shooting rates in the city have yet to come back down to prepandemic levels. For instance, as of Sunday, there had been 624 shootings in the city since the start of the year, which when compared for the same time period in 2021, represents a 12 per cent drop. But when you look back further and compare that rate with the same time period in 2019, it actually represents a 28 per cent increase, according to the New York Times.

With files from the Associated Press