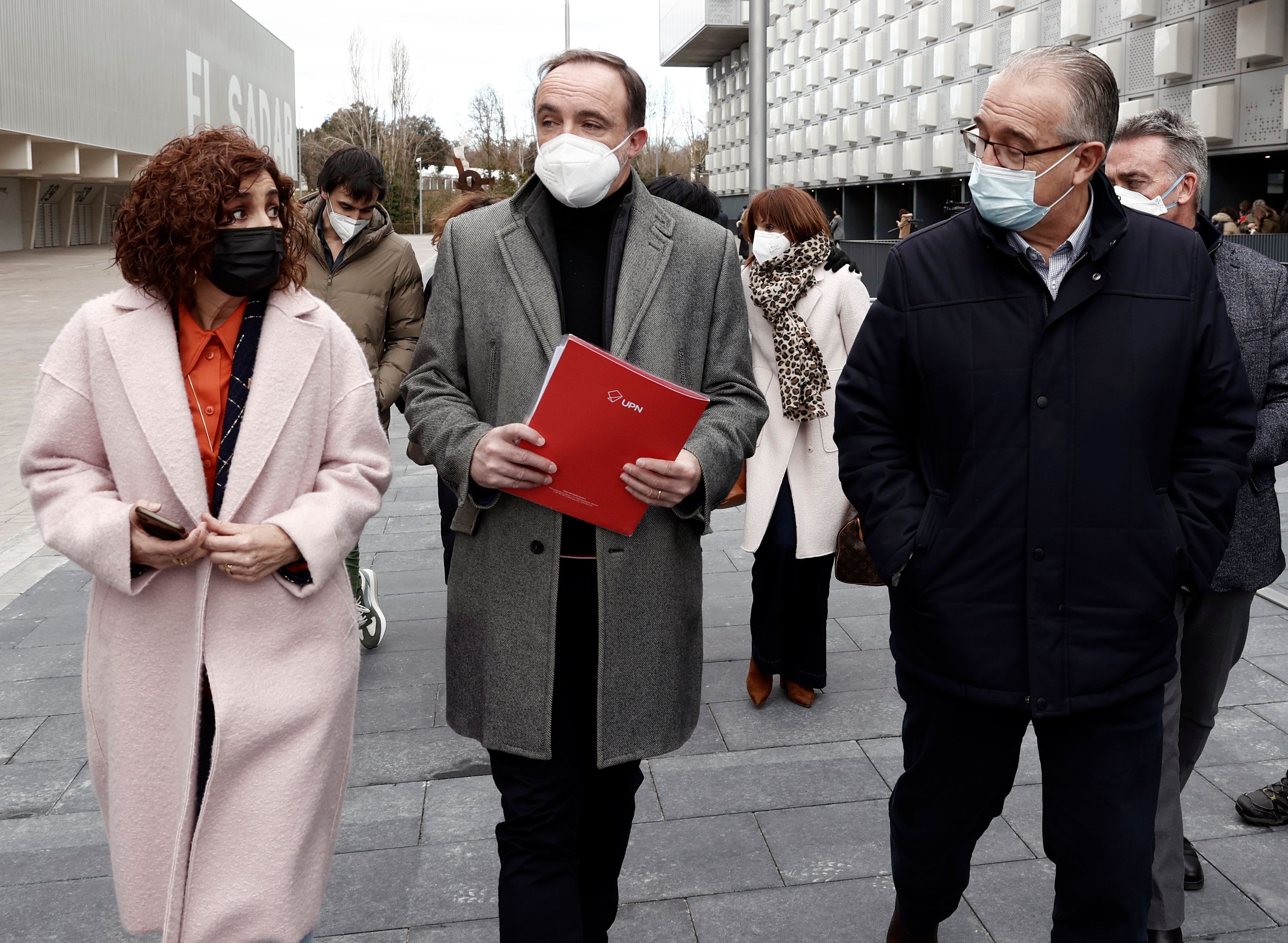 Unión del Pueblo Navarro (UPN) wanted to stage, with the support and vote in favor last Thursday of its two deputies in Congress for the new labor reform, “a gesture to redirect and rebuild” its battered relationship in recent years with the PSOE throughout Spain and with the Socialist Party of Navarra (PSN) in that community, according to sources from the leadership of all the parties involved. The strategic move, which even has as a background a possible future rethinking of the current right-wing electoral platform Navarra Suma with PP and Ciudadanos, went wrong due to the change in the direction of the vote in extremis of its two parliamentarians, Sergio Sayas and Carlos García Adanero, who had promised their executive to follow their guidelines and ended up voting against the new norm like PP and Vox. The two deputies are now immersed in a process to be expelled from UPN, although they have already anticipated that they are not willing to return their seats.

Sayas and García Adanero try to justify their position and the unexpected turn of their vote with the argument that they were not willing to grant a “plebiscite” to the Prime Minister, Pedro Sánchez, and with the accusation against the UPN leader, Javier Esparza, that he did not inform them directly and personally of the commitments that he would have started for the benefit of Navarra in the negotiation with the PSOE. Esparza was entrusted by his executive, in which Sayas and Adanero were present, to carry out this negotiation, and he does not have much to thank the PSOE or Sánchez politically, who two years ago and despite the fact that the UPN candidate was the winner in the regional elections with 19 seats chose to allow an alliance of the PSN with nationalist and separatist parties.

That decision caused a huge distance between UPN and the PSN of the new president of Navarra, María Chivite, and with Sánchez. But since then a few things have happened. Esparza does not forget, and maintains the electoral coalition with PP and Ciudadanos, as those parties also intend, but UPN does not believe that supporting the labor reform agreed by unions and employers should now be a political test for Sánchez. On the contrary. “This reform that came from the hand of the employers, with which UPN is always, was an opportunity to re-establish dialogue and dialogue with the central government, with the PSOE and with the PSN”, they lament at the highest level in training outsider. Those two treacherous votes of Sayas and Adanero were planned, for the current leadership of UPN, “as a gesture to redirect that relationship and reach a period of understanding,” they add.

At UPN they have not decided on the future of Navarra Suma either. The continuity of that coalition will be voted on by its bases months before the next elections. Now there is no orientation for or against: “We’ll see.” It will be analyzed in its context: “It will depend on what happens in the 13-F elections in Castilla y León and how Cs is represented or played there”. Two years ago, after the last autonomic ones, it was valued that Cs with its representatives and alliances granted several local and regional governments to the PP. “That landscape has changed.” We will have to see what suits in the future. In UPN they point out that the PSN now has mayorships (Pamplona, ​​Tudela and others) thanks to agreements that could be reconsidered.

See also  "Thanks to the public, who continue to buy my garlic"

In recent weeks, UPN leader Javier Esparza has been in high demand. He has come to Madrid on several occasions to negotiate and dine with the Secretary of Organization of the PSOE, Santos Cerdán, a youth playmate in his town in Navarra and with good relations between their respective families, and has had contact with the Minister of the Presidency Felix Bolanos. After the setback that he received with the change of vote without warning of his two deputies in Congress, Esparza called Cerdán and Bolaños to apologize. But he also spoke with Pablo Casado, the leader of the PP, and with Inés Arrimadas, the one from Cs, to ask them if they knew anything or were behind the operation. Esparza has said that he trusts the word of Casado, who promised him that the PP had nothing to do with it. The President of the Government, Pedro Sánchez, called him “very respectful” almost to console him.