Skip to content
Home News Unregistered Assets: The town bar against the priest: “If the church has appropriated it, it is because the seventh commandment does not exist” | Society 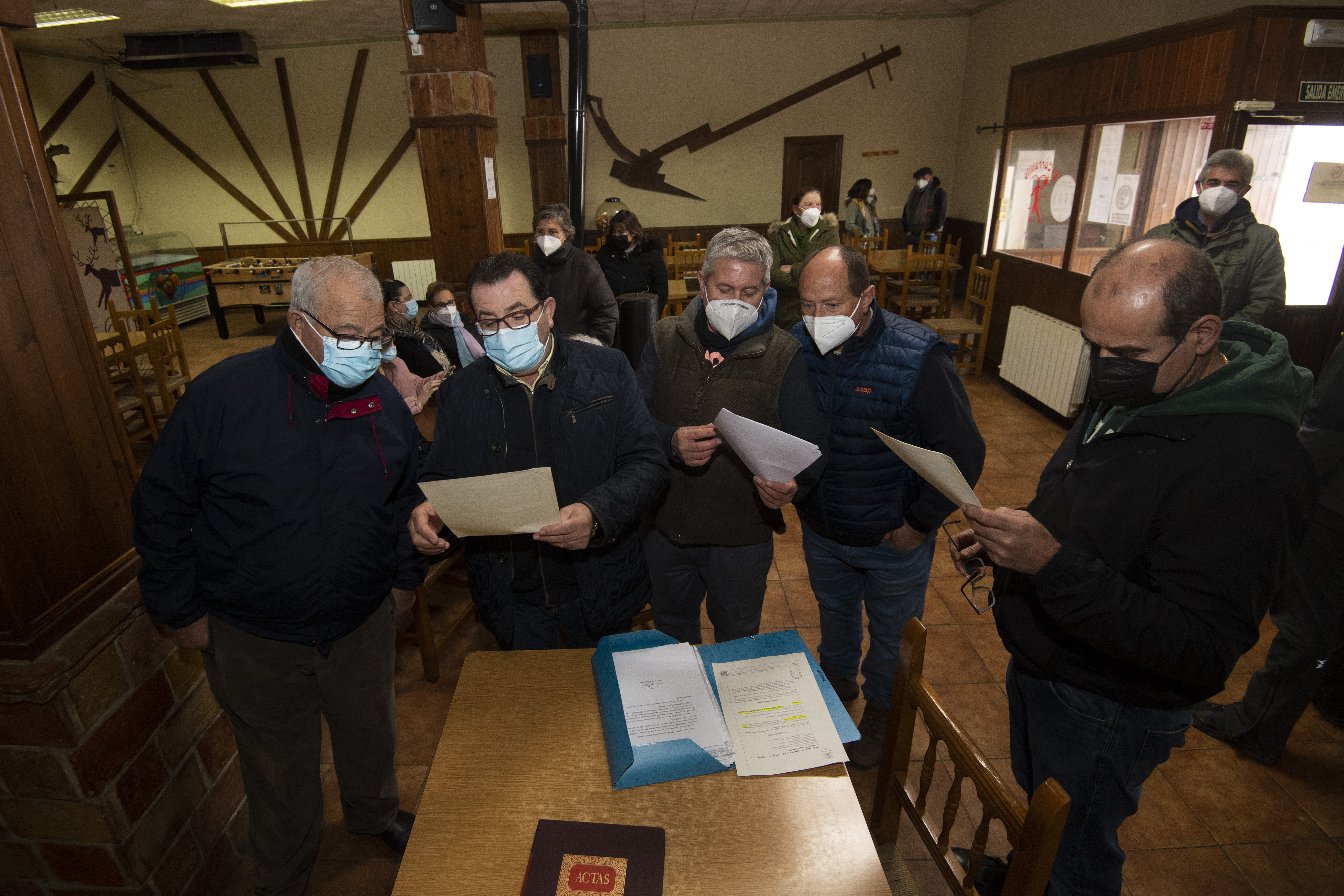 The father of Alfonso and José Manuel Serrano put the cart to carry stones. Others paid free wages. And so many other inhabitants of the town of Topares (250 inhabitants), in the region of Los Vélez, in Almería, each contributed what they had or knew how to do. It was 1958, and next to the church there was a piece of land belonging to the town, without an owner, on which the locals decided to build a community hall. One hundred square meters that have been used for meetings, theater performances, gossip, etc. In a town where there was no town hall at the time, the work and its costs were borne by the institution that, in the absence of others, has always functioned as a manager and social promoter, the Brotherhood of Souls, founded in 1893.

During these more than 60 years the brotherhood has managed the premises smoothly, until in August 2021 the surprise jumped when the priest, Don Miguel, asked Alfonso Serrano, president of the brotherhood, for the keys to the premises. According to what he told her, the premises belonged to the bishopric. Six months have passed and the keys are still where they have always been, but the situation is getting more and more acrimonious. Following the request of the parish priest, Alfonso Serrano went in search of a lawyer who recommended that he go to the Civil Registry. Alfonso shows the simple note that indicates that on April 3, 2014 it was acquired by registration by the bishopric of Almería thanks, precisely, to a certificate issued by the bishopric of Almería. The document says that the property is intended for “parish hall and other religious uses.” The locals explain that religious rites have never been celebrated there. In fact, in addition to the different social events in town, which include colorful political rallies, the place is home to one of the two bars in town.

In the summer of last year, the family that ran the bar left and the brotherhood looked for another family to run the business. When the new management of the inn was about to take over the bar, the bishopric sprung into action. The price of the rent, says Serrano, has always been the money needed to pay for the cleaning of the church. “It’s that all the money that the brotherhood has raised in one way or another has always gone to the church or to the cemetery, which is also a parish church,” explains Serrano. For this reason, the priest’s request has left the people dislocated. And the shapes. The president of the brotherhood remembers it like this: “If you don’t give me the keys and bring someone in, we’ll send you to the Civil Guard.” And in fact, as Pedro Pérez-Hita, village mayor of Topares ―village of Vélez Blanco, 38 kilometers away― recalls, the Civil Guard has gone to the premises “at least once every ten days. And also health and labor inspectors. Everyone comes and asks for papers and papers.” Finally, although the keys to the premises are still in the hands of the brotherhood, the family that has run the bar since the summer, suffocated by the visits of each other and by the problems, has left the business and the town and have returned the way they came. .

José Manuel Serrano Marín, a neighbor, is offended by the bishopric’s attitude. At 70 years old, he has belonged to the brotherhood since he was 11 and considers the attitude of the bishopric unworthy. “The church has always treated the people as a herd, and that is fine, but we are not going to be sheep. The hall belongs to the town and if the church has appropriated it, it is because the seventh commandment does not exist [No robarás]”, He says. The bishopric, for its part, has sent this newspaper a statement made public on its website and signed by the vicar general, Ignacio López Román. The note starts with the statement that “winning is not enough”, but that you have to convince. In it, he insists that the place is owned by the parish and that the brotherhood “rents it to other people without the express approval of the Bishopric” and talks about it appearing in the cadastre in his name since 1993. In the town nobody knew anything . The vicar admits that the town built it, but he does not give up the property: “It is common for the residents of the towns to collaborate in the construction and maintenance of the churches and parish halls; but it is always done with the knowledge and approval of its holder, which is the Bishopric, although they will always be destined for the use and enjoyment of the neighbors and of those who are part of the parish community.

Withdrawal of the complaint

From the summer to December, the relationship was somewhat calm. In December, however, there was a twist in the script when the majority of the parishioners, “except four or five,” says another neighbor, stopped going to mass: “We organize four or five cars and go to the church of Moralejo de Caravaca de la Cruz, in Murcia. They continue to travel those barely 10 kilometers to this day to avoid going to the local church.

On January 1 there was another twist in the story. The neighbors stood at the door of the church to make clear to the priest – who has his headquarters in Vélez Blanco – his position. It was a peaceful concentration, say the neighbors. The priest found out before entering the town and called the Civil Guard. There was no mass on the first day of the year. Yes, the second, with the priest, the vicar general and two agents of the Civil Guard at the door. The neighbors were inside and when they saw who was going to give mass, they left the temple.

The escalation has reached a complaint from the bishopric against the president of the brotherhood for a crime of usurpation that, this Wednesday, “as a sign of good will”, the bishopric has withdrawn. The vicar has summoned the town council of Vélez Blanco and the brotherhood to a meeting this Friday to try to find a solution. The position of the locals, a little more than 30 hours before the appointment, is clear: “The key remains in the brotherhood.” The vicar, on the other hand, wonders in his note if a judge is going to agree with him. And he answers: “With the utmost respect for justice and not wanting to be reckless, I think so.”