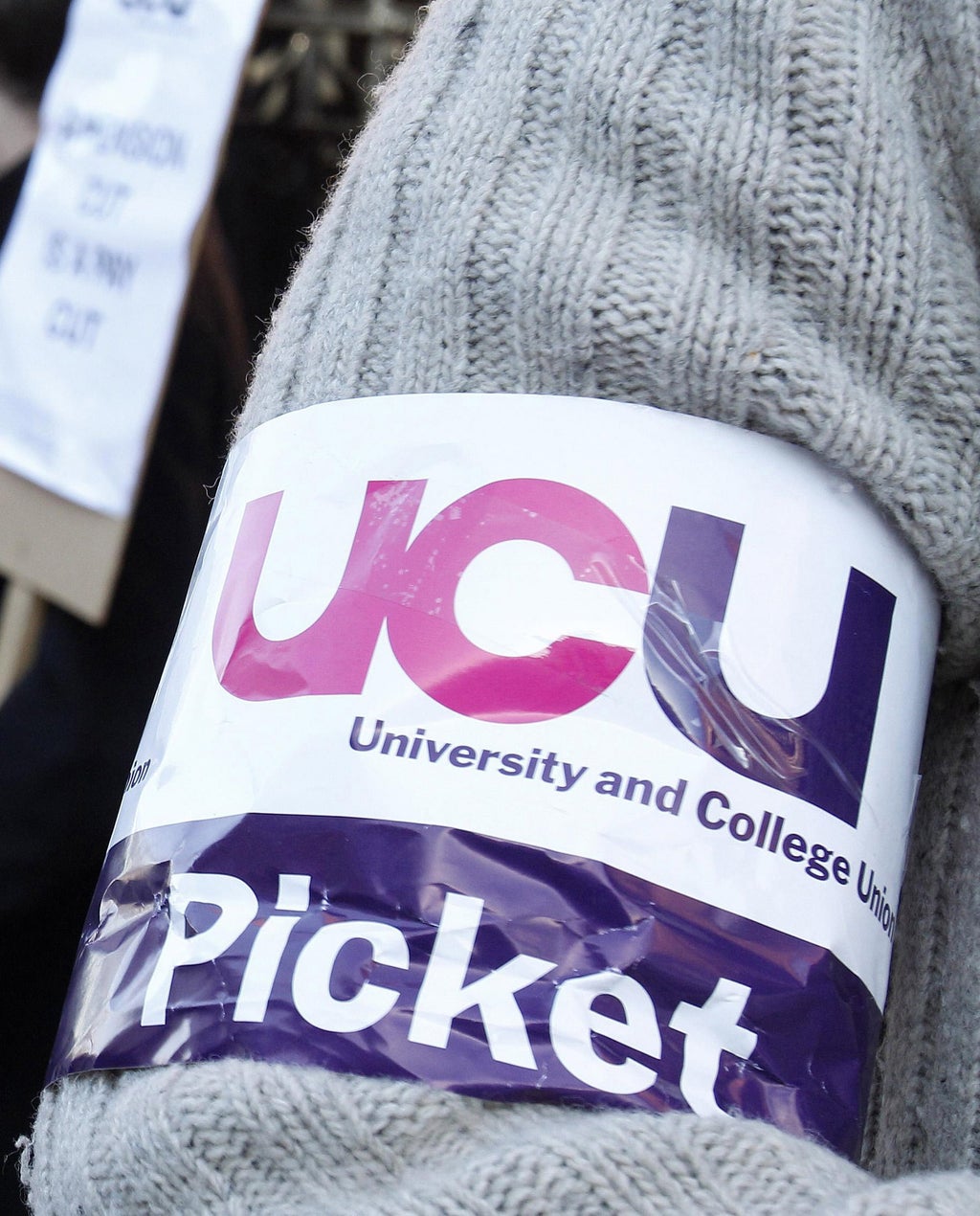 Universities have a morally “robust” position over cutting staff pay by up to 100% if they carry out “action short of a strike” during an upcoming walkout, employers have said.

Staff at 68 universities will take up to 10 days of strike action beginning next week over cuts to staff pensions, pay and working conditions.

Some universities have said they will make what the University and College Union (UCU) described as “arbitrary and punitive” pay deductions, allegedly ranging from 25% to 100% for staff who continue to work during the strike but take action short of a strike (ASOS).

This can include not covering for absent colleagues, marking boycotts or refusing to take part in voluntary activities.

Raj Jethwa, chief executive of UCEA (Universities and Colleges Employers Association), which represents 146 employers in pay negotiations, said the decision to cut pay for staff carrying out short action of a strike was a “direct recommendation” from his organization to employers.

“When an employee decides to pick and choose what they do it can have a disruptive impact.”

Mr Jethwa said the UCEA had advised universities to cut 100% of staff pay for ASOS and that the institutions were “not only entitled, we think they’re compelled to do so – students will be suffering as a result of this”.

On Wednesday, UCU said 100% pay reductions in response to ASOS would be “tantamount to a lockout”, leaving staff with no option but to go on strike.

– The University of Birmingham told staff that from Monday it will withhold 50% of pay for staff refusing to reschedule classes canceled due to strike action.

– The University of Leicester emailed staff to tell them 33% of their pay will be deducted and this could rise to 100%.

– The University of Durham said it will withhold 25% of staff pay if materials not shared due to strike action are not available to students by March 7, and that the pay being withheld may increase to 100%.

Last week, the University of Cambridge stepped back from plans to deduct 25% from the wages of staff engaged in ASOS after campaigning by students and staff.

“This is a deeply unfair and unprofessional response from management which will only escalate and prolong these disputes.

“In action short of a strike, many staff will work strictly to their contract. The fact that some university bosses consider this worthy of a deduction in pay demonstrates the extent to which the sector has become addicted to staff working themselves into the ground and beyond what they are contractually required to do.”

A University of Bristol spokesperson said: “We respect the right of our union member colleagues to act where they feel strongly about issues that affect them. However, we need to do everything we can to protect the educational experience of our students, who have faced a great deal of disruption in recent years due to the pandemic.

“With that priority in mind, we will be withholding pay from staff who decide to undertake partial performance of duty. This specifically covers the intentional removal or not sharing of materials which relate to lectures or classes.

“Reflecting other universities in the Russell Group, we will deduct 25% of earnings for staff who choose this course of action, where they self-report or it is brought to our attention.”

Universities UK which represents 340 employers in the Universities Superannuation Scheme (USS) pension scheme, said time is running out to complete a 2020 valuation of the scheme, due to finish this month.

If the dispute is not resolved, pension contributions will automatically rise in April to “unaffordable” levels, said Julia Buckingham, former president of the UUK.

She said that under UCU’s latest proposition, member contributions to the scheme would go up from 9.8% to 11% of salary in April, and to 11.8% in October.

Ms Buckingham said some university staff would be forced to opt out of the scheme because of the increase in contributions, and that employers had said “paying more would have a significant and detrimental impact on the sector’s collective ability to continue delivering globally leading higher education” .