Skip to content
Home News United We Can, Esquerra and Bildu ask that the Congress investigate the cases of pederasty in the Church | Politics 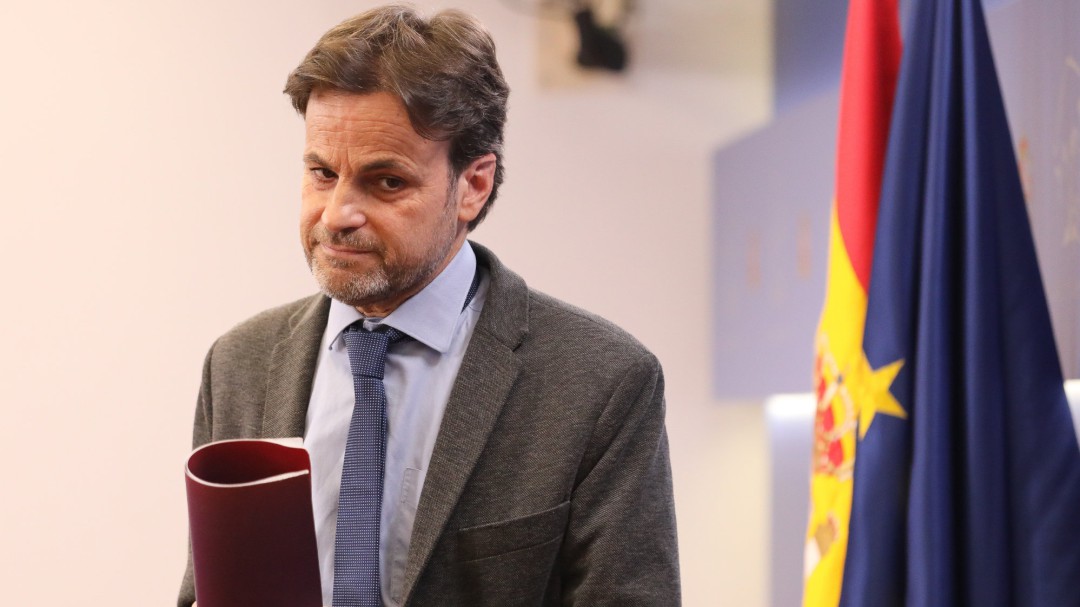 The purple wing of the government and two of its parliamentary partners, Esquerra Republicana de Catalunya and EH Bildu, have asked this Wednesday in Congress for the creation of an Investigation Commission on sexual assaults on minors committed within the Spanish Catholic Church. The proponent parties believe that the Chamber should study these cases, which, they say, have made invisible the “patriarchal structures, both of the clergy and of political power.”

The regulations of the Congress, in its article 52, explain that the Plenary, at the proposal of two parliamentary groups, may agree on the creation of an investigation Commission “on any matter of public interest”. In the registered text, the proposing parties assure that the objective of the proposal is “to collect the necessary information to plan public policies of reparation, prevention and attention to the victims of this scourge.”

Before materializing, the initiative will have to pass the filter of the Chamber’s lawyers and be supported by the majority of the Plenary. Now, everything remains in the hands of the PSOE to which the groups that promote the investigation commission have appealed this morning. The registration occurs only two days after the President of the Government visited the headquarters of the Episcopal Conference to meet with Cardinal Juan José Omella

For the spokesman for En Comú Podem, Jaume Asens, “these are abominable facts before which it is necessary to “decide whether to side with the pope and the victims or the ecclesiastical leadership that is obstructing investigations in this matter.” we have asked the parties that have more sensitivity in this matter to join and we believe that the PSOE, despite not signing the initiative, will join when it should be valued, “he said. Socialist sources assure that they are studying the details of proposal before making a decision.

In the registered text, the groups propose that the purpose of the commission be to specifically investigate four points: The existence of networks and structures within the Church that cover up, facilitate and perpetuate sexual assaults; the degree of awareness of these practices by public bodies; the number of victims and perpetrators of these cases and all those elements necessary to plan public policies for reparation, prevention and care.

United We Can, ERC and EH Bildu rely on the rule approved by Pope Francis in May 2019 to force the reporting of any alleged sexual abuse or abuse of power by the cleric and which established a procedure to be followed by the diocese. It also demanded speed in the preliminary investigations, protection for the victims and not interfering with ordinary justice. Along these lines, the letter urges Congress to become one more research forum.

Added to the initiatives promoted by the Vatican are the reports made public a few weeks ago in France that reveal the existence of between 2,900 and 3,200 religious pedophiles since 1950 in that country. The report, it is considered in the writing, “has been a turning point in history and has led the President of the Bishops to express the shame with which he received the document”, prepared by an independent commission.

The groups believe that Spain also needs to take a further step in the investigation of a situation that they believe is “analogous to that of France” and that it can also serve to uncover alarming figures of victims in our country.