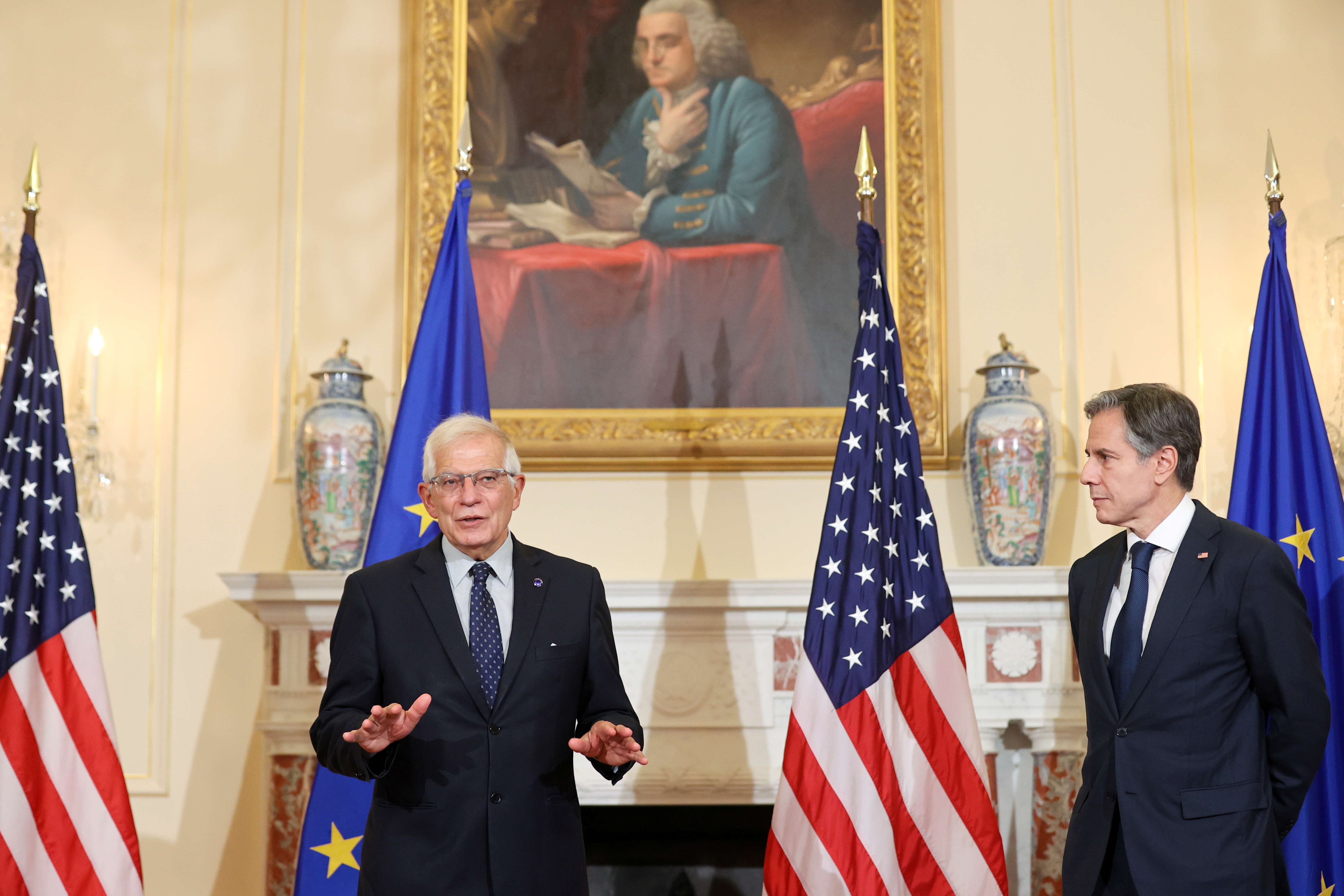 Last Sunday, in an interview on NBC, journalist Chuck Todd asked the US Secretary of State in the wake of the Ukraine crisis: “Why does it seem that the United States is more concerned about Europe’s security than Europe?” Anthony Blinken swiftly replied that this is not the case, that the concern is serious for all allies, and that, in fact, it should concern the entire world. However, Americans do seem much more concerned, despite the fact that it is the Europeans who have the fire on their doorstep.

The European Union and the United States share the objective of avoiding Russian aggression against Ukraine at all costs, but the paths to reach this goal are sometimes divergent, if not contradictory. Brussels advocates maintaining pressure on Russian President Vladimir Putin, but without breaking the channels of communication or transgressing any of the founding principles of European security after the cold war.

Washington, for its part, combines warmongering rhetoric that feeds back into Putin’s with signs that it is willing to negotiate deployments in Eastern Europe with Moscow, which, de facto, calls into question the European security architecture of the last 30 years. years. The US does not stop sending messages that cement the idea of ​​an imminent Russian intervention, while on the other side of the Atlantic the spokesmen try to reduce the danger.

The cacophony has become evident in the last 72 hours. NATO reported on Monday that the allied countries had put their troops “on alert” for a possible mobilization, but the US went further: it numbered 8,500 prepared soldiers and detailed the areas where it would deploy them if necessary. Joe Biden’s government advanced on Sunday that it would reduce the staff of its Embassy in Kiev due to the growing risk of conflict – a measure supported by London – and Brussels preferred to remain calm. In fact, it plans to redouble its political and institutional presence. “As long as negotiations continue, I don’t think we should leave Ukraine. But perhaps Secretary Blinken has information to share with us”, replied Josep Borrell, head of European diplomacy.

The US has been giving details of the package of sanctions with which it would hit Moscow for at least two weeks if the former Soviet republic intervenes — “It would be a disaster for Russia,” Biden warned — as a form of deterrence, but Europe still prefers not to show those letters and He does not say a peep about the possible penalties.

Europe’s energy dependence on Russia helps to understand part of this difference with the Kremlin. Proof that this element floats in the environment is that the United States has opened talks with large energy-producing countries about a possible diversion of supplies to Europe in the event of the Russian invasion, sources from the North American Administration reported on Tuesday.

The differences between Brussels and Washington do not, for the moment, endanger the Western Front, of which the United Kingdom and Canada are also part, against a possible Russian military aggression. But the assessment of the risks and, above all, the way to neutralize them, reveals a transatlantic gap that could widen if the conflict festers or continues in a negotiation without clear limits.

The most obvious discrepancy is the forecast about a possible military invasion of Ukrainian territory. For the US, that threat is “imminent”, as Blinken repeats. For Borrell, that threat seems much further away. “No, I don’t think there is anything new that would indicate an increased fear of attack,” he said Monday. Borrell does not set off alarms either because Putin has deployed Russian troops in Belarus.

The European Commissioner for Enlargement, Olivér Verhály, will travel to Kiev Wednesday and Thursday to show European support for the Government of Volodimir Zelenski. The foreign ministers of France and Germany will also go to Ukraine in the coming days. A delegation of European parliamentarians will arrive in the Ukrainian capital at the end of the month. And some European partners have even proposed holding an extraordinary meeting of the 27 EU foreign ministers in Kiev. This large agenda seems destined both to show solidarity with Ukraine and to cast doubt on the thesis of an imminent attack defended by Washington.

Brussels is also not satisfied with the ups and downs of Joe Biden. Late last year, the US president was quick to rule out a military intervention to defend Ukraine. The announcement, according to community sources, sounded, deliberately or not, like a misunderstanding by Washington about the conflict in Europe. Biden has since resumed a much more belligerent tone, but with such serious setbacks as having publicly admitted the differences within NATO over the response to Moscow or the possibility of Russia proceeding to a “minor incursion” into territory Ukrainian that could be acceptable. Biden corrected this slip immediately and stressed that any crossing of borders will cause serious retaliation.

“Russia wants a bilateral negotiation with the US that leaves the Europeans aside,” said French Foreign Minister Yves Le Drian on Tuesday, who considered “inadmissible” that Putin seeks to drag Biden into “a kind of Yalta 2” , alluding to one of the summits that after the Second World War fixed the distribution of influence of the three victorious powers (USA, United Kingdom and the USSR) in the European continent. That framework was superseded after the collapse of the Soviet bloc. And the post-Cold War European geostrategic order was established by the Helsinki Act, the Paris Charter and the memorandum of understanding between NATO and Moscow. Brussels considers these three texts non-negotiable.

“The concept of ‘spheres of influence’ has no place in the 21st century”, point out the conclusions approved on Monday, unanimously, by the 27 EU foreign ministers. The document, one of the harshest approved by the EU in relation to Russia, condemns Moscow’s incessant aggressiveness against Ukraine and reiterates the threat of imposing unprecedented economic sanctions if the Kremlin carries out an armed attack. The US, meanwhile, tries to emphasize that there is no division between the allies.

Sanctions on one hand and willingness to agree on the other

Among the sanctions on Moscow that the US plans is an unprecedented measure: the activation of a rule on products produced abroad that would restrict Russia’s access to scarce and valuable microchips, basic for the economy, as well as a trail of sanctions on the big Russian banks. Another measure would be momentous for all of Europe: the cancellation of the Nord Stream (NS2) gas pipeline project, a project controlled by Gazprom that seeks to transport gas from Russia to Germany directly through the Baltic seabed without passing through Ukraine. Biden said Tuesday that he is also considering individual sanctions against the Russian leader.
For Brussels, Washington’s determination to air the sanctions contrasts with its willingness to enter into a bargaining with Putin over the security structure in the old continent. At the end of the year, the Russian leader allowed himself to publish two draft international treaties, with the US and NATO, respectively, which would mean a radical change to the European framework of the last 30 years.
“Only the winners of a contest are allowed to put texts like this on the table,” says a high-ranking diplomatic source. For Brussels, both texts are non-negotiable. But the US accepted a first meeting in Geneva to study the terms proposed by Moscow. And Blinken has agreed to provide a written response, something that NATO will also do.