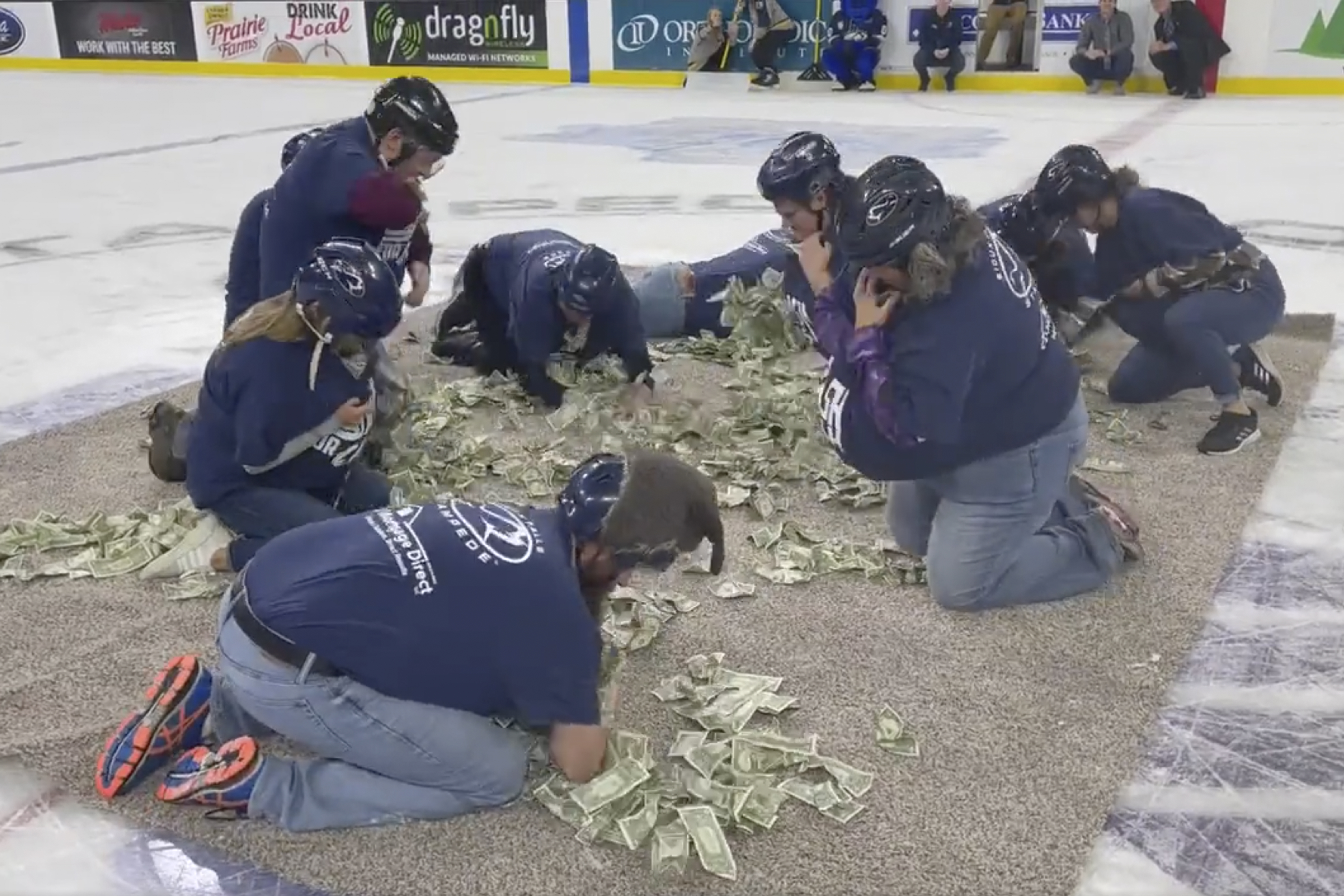 Sometimes good intentions can end in tremendous controversy. Who was going to tell a mortgage bank in the city of Sioux Falls (South Dakota) that, when they devised a contest for 10 teachers to raise funds for their classes, the initiative was going to explode in their face. Last Saturday, during the intermission of the game in which the local hockey team, the Sioux Falls Stampede, was playing, the starting signal was given to a contest called Dash for Cash (whose translation could be “grab all the money you can”) . For five minutes, ten teachers had to kneel on a mat — we assume to avoid the cold and wet ice — and grab as many dollar bills as possible. On the frozen ground of the stadium, the mortgage bank had deposited, in the form of a donation, $ 5,000.

When time began to run, the 10 educators, equipped with hockey helmets, crawled to where the green dollar bills were and began to insert them where they could: pockets, T-shirts, necklines, sleeves, even in a wool cap that a participant came out of nowhere … Meanwhile, the public cheered and cheered. As often happens in the era of social networks, the video of such a questionable spectacle went viral: early this Monday morning it had been seen by almost 8 million people on Twitter.

Terrible, dehumanizing, dystopian. Critics have hammered the initiative with harsh adjectives and compared it to the violent South Korean television series. The Squid Game, where the characters risk their lives for a handful of money. Twitter is still burning. The controversy grows. Especially when figures have begun to be known and South Dakota teachers are some of the worst paid in the entire United States, they are only surpassed by those of Mississippi.

See also  The war in Ukraine, litmus test for the green transition

Interviewed by the newspaper The Washington Post, Senator Reynold Nesiba declared that despite the fact that the competition had been born of a good intention, what happened had ended up spreading a “bad image”. “Teachers should never have to go through something similar in order to obtain the necessary material for their students, whether in Sioux Falls or anywhere else in the United States.”

When the five minutes of time were up, Barry Longden, a high school teacher, had raised the amount of $ 616, which he intended to invest in a sports program for students. Next in size was Alexandria Kuyper, an 11-year-old teacher who wanted the money to decorate her classroom. The smallest amount hoarded was $ 380. Other educators spoke of acquiring technological equipment or school supplies such as tables and chairs.