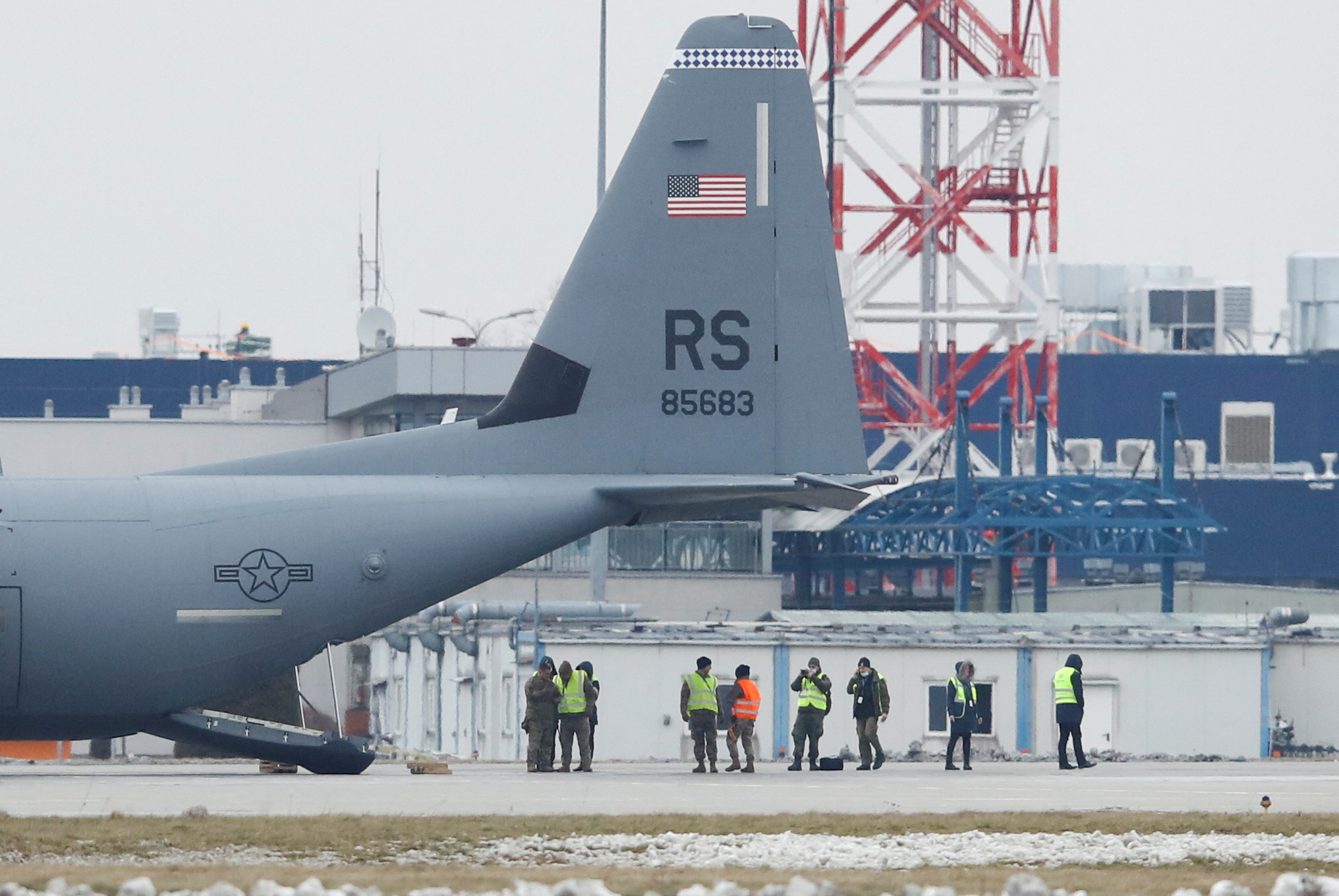 Washington is not making easy the metaphors of poker -so grateful and recurrent- when it comes to explaining its strategy against Moscow. Since the Ukraine crisis began, the Joe Biden Administration has exposed all kinds of intelligence information regarding the Kremlin’s alleged plans, has given details of the economic sanctions that it would apply and has beaten the drums so much about the imminence of an invasion which has ended up driving the Ukrainian government itself crazy.

The Pentagon warned last week that Russia was amassing enough troops on the border to invade the entire former Soviet republic, that it had not concentrated so many soldiers since the Cold War, and that such an action would have a “horrible” result. A few days earlier, Biden had assured Ukrainian President Volodymyr Zelensky by telephone that he believed a Kremlin intervention would be possible as early as February. Two weeks earlier, he had already warned that Moscow was planning a fake sabotage operation against its forces in eastern Ukraine in order to build a pretext to attack the neighboring country. On Thursday, the US government said they were preparing a video with a fictitious attack, with actors posing as victims and fake military equipment.

“It’s an unusual strategy,” says Angela Stent, an intelligence officer for Russia and Eurasia at the US National Intelligence Council from 2004 to 2006. “In 2014, during the invasion of Crimea, it seemed that the US I was not prepared because there was very little prior public warning,” he continues. Stent, now a professor at Georgetown and an analyst at the Brookings Institution, points to the winning logic of the warning campaign that Washington is carrying out: “If there is an incursion, the US can say that it has already warned about it. And if there is not, you can say that they have avoided it by uncovering the plans.”

Winner, at least in the short term. Because the risk, he warns, arises if the crisis neither explodes nor goes out, it simply languishes: “If this becomes a long-term conflict, in which the Russians do not invade Ukraine but maintain pressure, with troops on the border , complicate the governance of the country, damage its economy, it will be more difficult to speak of a winning strategy. Although, at the moment, I think they are doing the right thing,” she explains.

On Thursday, the Biden Administration went a step further and accused the Kremlin of planning the recording of a false video that collected the consequences of an attack by the Ukrainian army on Russian soil to justify the invasion of Ukraine.

NATO and the European allies are silent and concede. If all the information disclosed by the United States is taken for granted, in effect, Washington has been able to block Putin’s way, has eliminated his ability to surprise and has overtaken him to the left in the information campaign, one of those fronts on which Moscow feels so comfortable. If Putin acts, as Professor Stent says, the US will have warned beforehand. If he doesn’t, it’s legitimate to argue that the public exposure of his plans has deterred him. It is difficult to accuse of bluffing.

“It’s a smart tactic,” says Richard Gowan, a veteran analyst who heads the United Nations division at the International Crisis Group, an independent organization. “Russia’s hybrid warfare is based on sowing confusion and disinformation. By embracing radical transparency, the US makes it harder for Russia to spread disinformation about its actions. The Russians have tried to ignore or dismiss the accusations, but have had to go on the defensive in public. And this extreme transparency also makes it easier for Washington to keep NATO allies more or less united. Furthermore, it has shown Moscow the extent of its intelligence,” he explains.

Still, Gowan also notes the risks of this strategy. “Obviously, the Ukrainians themselves are nervous about how much information the US is sharing. Also, this megaphone diplomacy may make it difficult for Putin himself to do nothing. Now it will be more difficult for him not to back down without leaving a certain feeling of humiliation.

See also  UK weather forecast: Britain to be hotter than Ibiza with 21C Easter sizzler on its way

Zelenski raised his hands to his head last week for everything that has come out of the mouth of his powerful Western allies. The Ukrainian president denied that the possibility of an attack was “imminent” and complained of the “panic” generated by speeches like Biden’s. “Do we have tanks in the streets? No, when you read the press, you are left with the image that we have troops in the city, people fleeing… It is not the case”, he stressed. “They are saying that the war is tomorrow. That means panic,” he warned. And pointing to Washington he said: “They insist on it and they do it in the most serious and incendiary way possible.”

The White House backed down Wednesday on the word “imminent.” The spokeswoman, Jen Psaki, acknowledged that using it “sent a message” that was not the one they intended: that Putin had made a decision about the invasion. “We have said that he could invade at any moment, although we do not yet know if he has made a decision.”

Zelensky had summed it up much more ominously earlier: “The situation is dangerous, but ambiguous.” Neither Kiev nor Europe contemplate a total invasion of Ukraine by Russia, but the Kremlin’s ultimate goal is clear to the allies: to bring the former Soviet republic, where pro-European sentiment has grown, under its sphere of influence and, therefore, course, do not see its entry into NATO.

This pulse serves Putin to know where the Western powers place the limits. All the publicity shared about the sanctions has made it clear to the Russian leader how far the powers will go if Ukraine intervenes, it has shown him that they do not intend to deploy troops inside the country, but only deliver weapons, and has allowed him to assess risks. The possible entry of Kiev into NATO, on the other hand, has the support of the allies, but without a fixed date or any hurry. With the military pressure on the Ukraine border, those 100,000 Russian soldiers, Russia makes sure that the lines are still there.

The US has also shown all the possible retaliation cards and has allowed Putin to assess the risks. And, as Biden gives more details of the operations concocted by Russia, the press asks for more evidence that the Government is not in a position to provide. On Thursday, at the State Department’s daily press conference, a journalist asked what evidence the government could provide about these plots attributed to Moscow. “It is intelligence information that we have declassified. You know that when we do it, we protect the sources and the methods,” the spokesman responded. And when he grew impatient with the reporter’s cross-examination, he ended up replying: “If you doubt the credibility of the American, British and other governments and find comfort in the information the Russians give you, that’s up to you.”

For Professor Stent, this type of exchange reflects the risk that the US runs. “Obviously it is not good for its credibility,” she says. She also warns that Russia is using this barrage of accusations to brand Washington as “hysterical” and accuse allies of creating “a climate of war.”

Biden and Putin are two old acquaintances. When they met for the first time in 2011, Barack Obama’s then-vice president accused the Russian, in his own office, of not having a “soul.” If he does not intervene in Ukraine, Putin can say that he had already denied it. If he does, he can claim that it is a self-fulfilling prophecy by the West. Putin’s poker is also well known.

Fuming holidaymaker forced to fly 2,000 miles back to Manchester after ‘vital’ luggage left off plane