Skip to content
Home News United Kingdom: The Government of Boris Johnson promises a strong hand to stop a record of immigrants in the English Channel | International 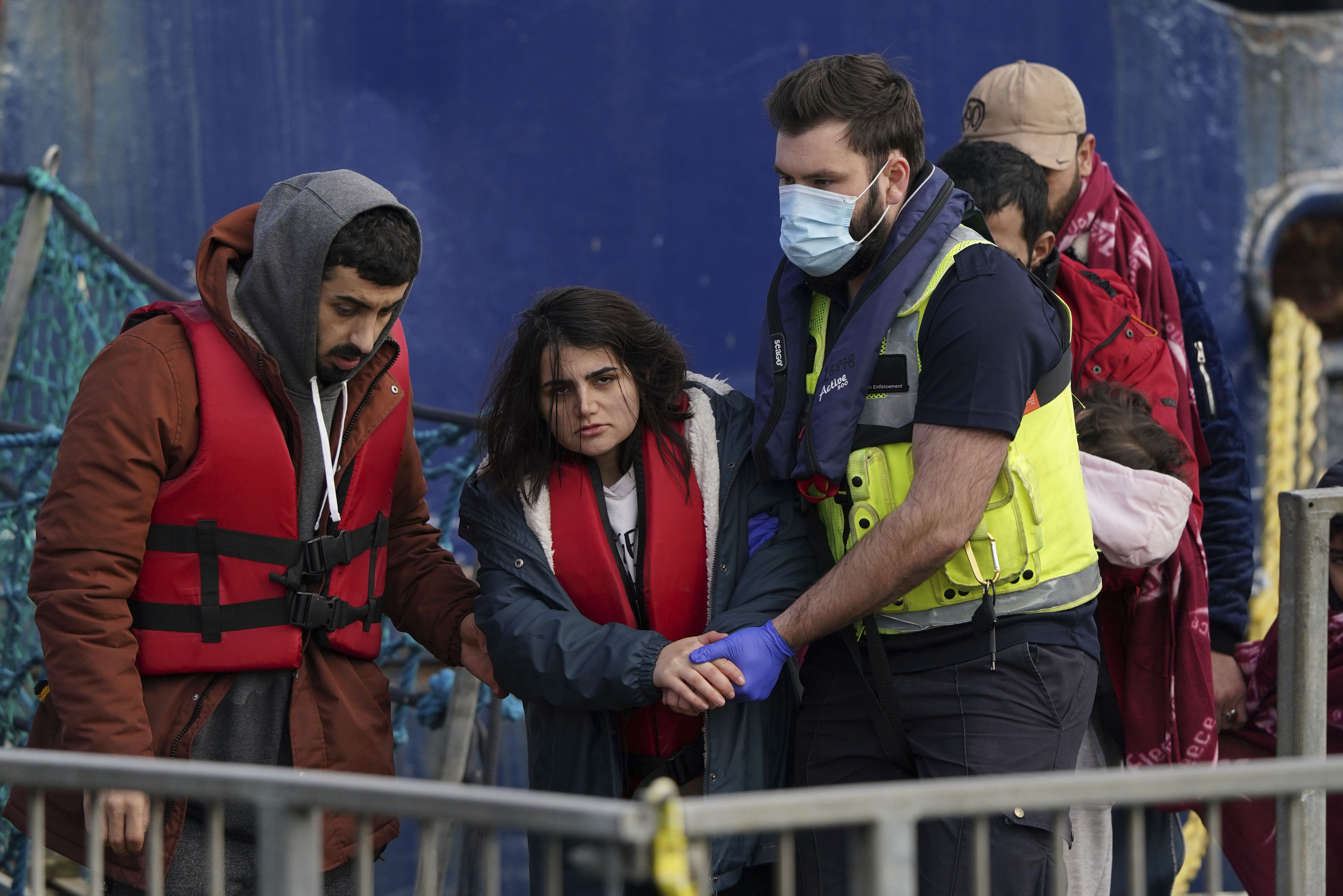 The Boris Johnson government has found itself face to face, in the same period in which it promised that Brexit would help regain control of its borders, with the unexpected tragedy of mass immigration in the waters of the English Channel. The figures dwarf compared to the flood of people who arrive each year on the coasts of the European continent, but with more than 29,000 migrants who tried to reach the United Kingdom in 2021, according to calculations by various media such as the BBC, the British Home Office is facing , without experience or left hand, faced with an unusual problem for which he only offers tougher laws. “Citizens have been demanding reform for two decades, and that is what our new plan for immigration intends,” said Secretary of State for Justice and Control of Illegal Immigration, Tom Pursglove. The definition of your position already gives a clear idea of ​​Downing Street’s strategy against irregular immigration. “The Nationality and Borders Act will define a deliberate attempt to enter the UK illegally as a crime, and will impose permanent prison sentences on those who facilitate this access,” said Pursglove.

The legal text is currently in the final stage of its processing, in the House of Lords, where it will most likely be subject to amendments that the conservative majority of the Commons will have to reject, when it returns for its final consideration. The proposal, developed by the Priti Patel ministry, plays on a double standard that barely manages to hide its intention to build a response of “law and order” ―more focused on security than on the humanitarian side of the matter―; harsh language to satisfy the constituencies that backed Brexit.

Although the speech of Patel, head of the Interior, charges the ink against the criminal gangs that promote and organize the canal crossings, the underlying idea is that a large part of the people who try to reach the United Kingdom are “economic immigrants” – They do not flee for political reasons – that they do not really need any type of international protection and that, with their actions, all they do is “skip the line” of those who legitimately aspire to achieve refugee status. “[Un 70% de las personas que han llegado en los últimos 12 meses] they are single men (…). They are not real asylum seekers. They are able to pay the mafias and contact them, either in northern France or in Germany. They are the ones who elbow out women and children who are at risk and are fleeing persecution, ”Patel stated on October 27 in his appearance before the House of Lords Committee on Justice and the Interior.

The most reputed minister for toughness in the Johnson administration goes through very low hours of popularity in the Conservative Party. His redoubled promises to stop irregular entries have been denied time and again with the figures that came from the English Channel, which in 2020, in the midst of international mobility, reached around 8,500 people, according to the British organization Refugee Council (Council for Refugees). His lack of tact with the French authorities, where most immigrants come from in the last crossing, has caused an almost irreparable deterioration in diplomatic relations and collaboration with the Government of Emmanuel Macron. The death of some thirty immigrants at the end of November, when the boat carrying them sank, became a bitter crossroads of criticism between London and Paris. The Johnson government reproached the French for not doing enough to prevent people from leaving its shores, and even threatened to withdraw the financial aid promised to reinforce police surveillance.

Everything was further aggravated when Johnson himself published on Twitter the letter he had sent to Macron, in which he asked that the United Kingdom could return immigrants arriving from that country without problems, and even suggested that the British police patrol together with the French coast on the other side of the channel. French Interior Minister Gérald Darmanin immediately withdrew the invitation he had extended to Patel to participate that week in a meeting of European ministers to address the migration crisis on the channel. And Macron went so far as to accuse Johnson of not being serious. “I am surprised by the methods, when they are not serious,” said the president of France. “Between leaders we do not communicate through tweets, nor do we make public the letters we send each other.”

Faced with the repeated argument by the British Government that current laws allow abuse in the asylum and refugee application procedures, organizations such as the Refugee Council have carried out a profuse statistical task to refute prejudices. 70% of the total number of people who reached the British shores, or were intercepted in their attempt to cross the channel, during the past year, came from five countries: Iran, Iraq, Sudan, Syria and Vietnam. One in four was Iranian. Among the ten countries from which most of the immigrants come are also Afghanistan or Yemen. The Refugee Council notes that nearly 98% of people who reach British shores via the canal end up applying for asylum. And among the refugees who come from the ten main countries, up to 61% achieve this official protection, compared to an average of 52% of the rest of nationalities who arrive by other means.

The calculations thus deny that the immigrants who jump into the channel are mostly “economic immigrants”. “The Government aspires to give legal status to a brutal and dangerous policy, such as that represented by its anti-refugee law, which will only cause more people to die drowned in the canal,” said Tim Naor Hilton, the executive director of the Council for Refugees. . Simply, greater police control on other common access routes, such as the illegal transport of immigrants via trucks and containers through the Eurotunnel, has drastically reduced the numbers, and has diverted the flow of people towards the English Channel. , which until a few years ago was a minority route. The Johnson administration has run into a tragedy that the EU has known for a long time, and its first response has been to toughen the immigration discourse that fueled Brexit.