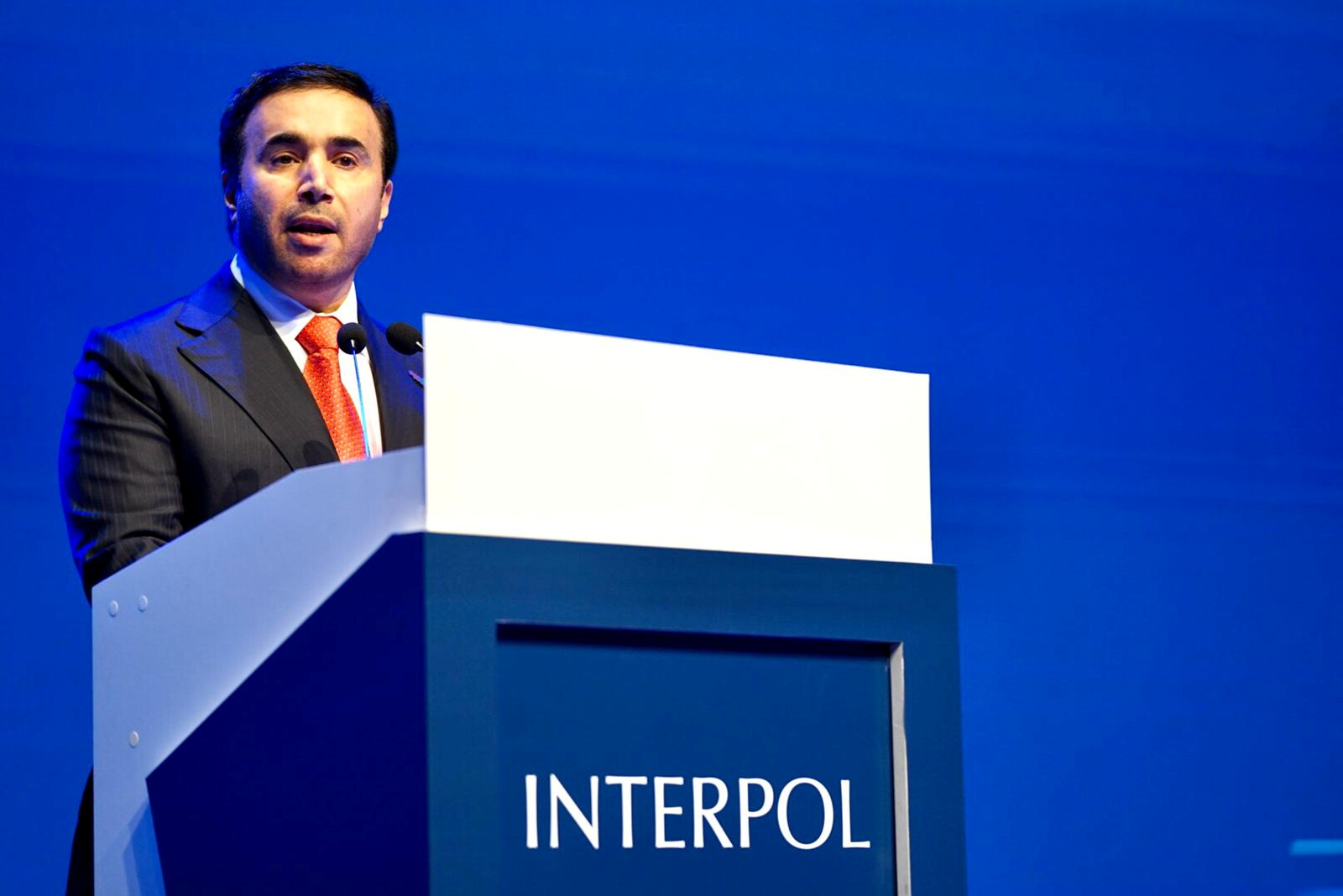 The International Criminal Police Organization, better known as Interpol, elected on Thursday as the new president for his next four years Ahmed Naser al Raisi, a general from the United Arab Emirates (UAE) accused of torture and with several open investigations in different European countries . Although the position is largely ceremonial – since Interpol’s day-to-day work is carried out by the Secretary General, currently the German Jürgen Stock – Raisi’s appointment has set off the alarms of human rights organizations and political representatives in the face of what they consider to be a progressive control and abuse of this international police cooperation organization by authoritarian regimes. In fact, the previous president, the Chinese Meng Hongwei, disappeared in 2018 during a trip to his native country and Beijing later acknowledged that he had been arrested (in 2020 he was sentenced to 13 years in prison on corruption charges).

Raisi’s election took place during the Interpol General Assembly held these days in Istanbul. In a secret vote of the delegates to the assembly and already in the third round, the Emirati received about 70% of the support, beating the Czech Sárka Havránková, Interpol’s vice president for Europe and who, precisely, had campaigned so that, As the statutes of the organization indicate, it respects the Universal Declaration of Human Rights.

“Interpol is an indispensable organization […] I will continue to promote their spirit of collaboration as we work to create a safer world for people and communities, ”Raisi said after his election. The new Interpol president serves as inspector general of the Ministry of the Interior and, as such, oversees the operation of the security forces of the United Arab Emirates, a small and rich oil monarchy in the Persian Gulf where there is no political or freedom of expression and the Corporal punishment is part of the legal system. The human rights situation in the country has worsened since the Arab Spring, as the sheikhs of the Emirates have unceremoniously persecuted all opponents for fear of riots as in other states in the region. According to complaints from local and international human rights organizations, as well as reports from the US State Department, arbitrary detentions and torture are the order of the day. Last year, the UN committee of experts in charge of human rights asked the Emirati government to reform the “degrading conditions” in which prisoners are kept in the country’s prisons. European MPs, especially German and French, had warned in recent months against the election of Raisi, as it would “undermine the credibility” of Interpol.

The involvement of Emirati security forces in dozens of disappearances of their own citizens and foreign residents, or even in the kidnapping of members of the Dubai royal family who have tried to escape the country, has also been documented. Among the foreigners who have been detained and tortured are at least two Britons – Matthew Hedges, a graduate student who, accused of espionage, spent 7 months in prison, and Ali Ahmad, a football fan who attended a game with a T-shirt from Qatar, the UAE’s adversary country – and a Turk, Mehmet Ali Öztürk, a businessman involved in sending humanitarian aid to Syria, who was arrested in 2018 when he was visiting a Dubai food festival he had previously attended.

The judicial investigations opened against Raisi refer precisely to these cases: a process opened by Öztürk’s lawyers in an Istanbul court has identified several Emirati security officials as responsible for the irregular detention of the Turkish businessman and the torture that he allegedly carried out. suffered. Hedges and Ahmad have also identified Raisi as responsible for his detention and torture and have opened several cases against him in various European countries.

Sources from the French Antiterrorist Prosecutor’s Office confirmed, however, this Thursday to EL PAÍS that the two lawsuits filed against Raisi in France for “torture” have been filed “due to lack of jurisdiction”, since the defendant does not reside in French territory, Silvia Ayuso reports from Paris. One of them had been presented at the beginning of October by Hedges and Ahmad’s lawyer in Lyon, as this French city was the headquarters of Interpol. Previously, in June, the NGO Gulf Center for Human Rights (GCHR) filed another lawsuit for “torture and acts of barbarism” on behalf of the Emirati opponent Ahmed Mansoor, detained in Abu Dhabi “in conditions typical of the Middle Ages and constitutive of acts of torture ”.

Despite the judicial setback, the French lawyer for GCHR, William Bourdon, assured the Agence France Presse that he is preparing to file a new lawsuit in France, since Raisi will now be a resident, albeit intermittently, on French territory, therefore that justice should declare itself competent to judge him. Meanwhile, the mayor of Lyon, Grégory Doucet, announced that the host city of Interpol is preparing to create an “honorary citizen device of the city of Lyon” and that Mansour will be “the first beneficiary”. Raisi’s election is a “shame” and a “serious attack on respect for human rights and the image” of Interpol, Doucet said on Twitter.

See also  Girl, 11, who has waited half her life to donate her hair to charity finally can

The United Arab Emirates has become an increasingly influential country thanks to an active foreign policy, million-dollar investments and the purchase of arms, which has led it to strengthen its alliances with the United States and France, or to weave new ones with Israel. But also to intervene in various conflicts such as Libya, on the side of Russia and Egypt; the blockade of Qatar, along with Saudi Arabia, or the Eastern Mediterranean, forging an alliance with Greece, Cyprus, Egypt and Israel against Turkey. Indeed, Ankara has been its great enemy in recent years, as Abu Dhabi accuses the Government of Recep Tayyip Erdogan of financing Islamist movements such as the Muslim Brotherhood and of supporting the UAE rivals, and the Turkish Government has come to accuse the Emirates of financing the coup attempt against Erdogan in July 2016. However, this Wednesday – a day before the Interpol vote – both countries staged reconciliation with the visit to Erdogan of the Emirati crown prince, Mohammed bin Zayed, and with an agreement that foresees Emirati investments of up to 10 billion dollars in the Turkish economy.

For years, human rights organizations have denounced the increasing abuse of Interpol instruments by countries such as China, Russia, Turkey or the Emirates themselves to achieve the arrest of dissidents and dissidents refugees abroad. “Authoritarian states construct a criminal act and embellish it in such a way that when that person arrives in a country a red notice from Interpol skips and, indeed, it seems that they have committed a crime. Only when one begins to investigate does one realize that this extradition demand is fraudulent, “Spanish jurist Manuel Ollé Sesé, who has published a book on the issue, explained a few months ago to this newspaper.

Even if that person is not finally detained, these Interpol notifications can cause a person to be denied a visa, entry to a country or even fired from their job, maintains the US law firm Nemets, who leads a campaign against the abuse of Interpol and for the reform of its instruments.

The soft power of the United Arab Emirates

The brand new president of Interpol, Emirati General Ahmed al Raisi, has received his election as “an honor”, according to a statement echoed by local media. None mentions the objections raised by both the candidate and his country among human rights groups. They emphasize, however, that he is the first representative from the Middle East to take office since the founding of the police organization in 1920.

The United Arab Emirates (UAE) already showed its interest in participating more actively in Interpol when it hosted its general assembly in Dubai in 2018. General Al Raisi, who works as an inspector general in the Ministry of the Interior and was already part of the executive committee of the police organization, stated in a recent article his reasons for running for president. “I want to modernize and transform [Interpol]. I want to improve the exchange of information, promote investment to modernize communication equipment, and promote the development of new technologies that support the application of the law, ”he explained.

But beyond his personal will, the access of an Emirati to the leadership of Interpol is part of the project of the United Arab Emirates to expand its international presence and project soft power. “We want to be a global player,” acknowledged Anwar Gargash, a regular government spokesman and currently a diplomatic adviser to President Khalifa, last year. For now, the small Gulf country, 90% of whose 9.5 million inhabitants are foreigners, has become a regional power and has already secured a seat on the Security Council for the 2022-2023 biennium. For Gargash, the election of Al Raisi reflects “the achievements of the UAE and its efficiency in the field of law enforcement.”