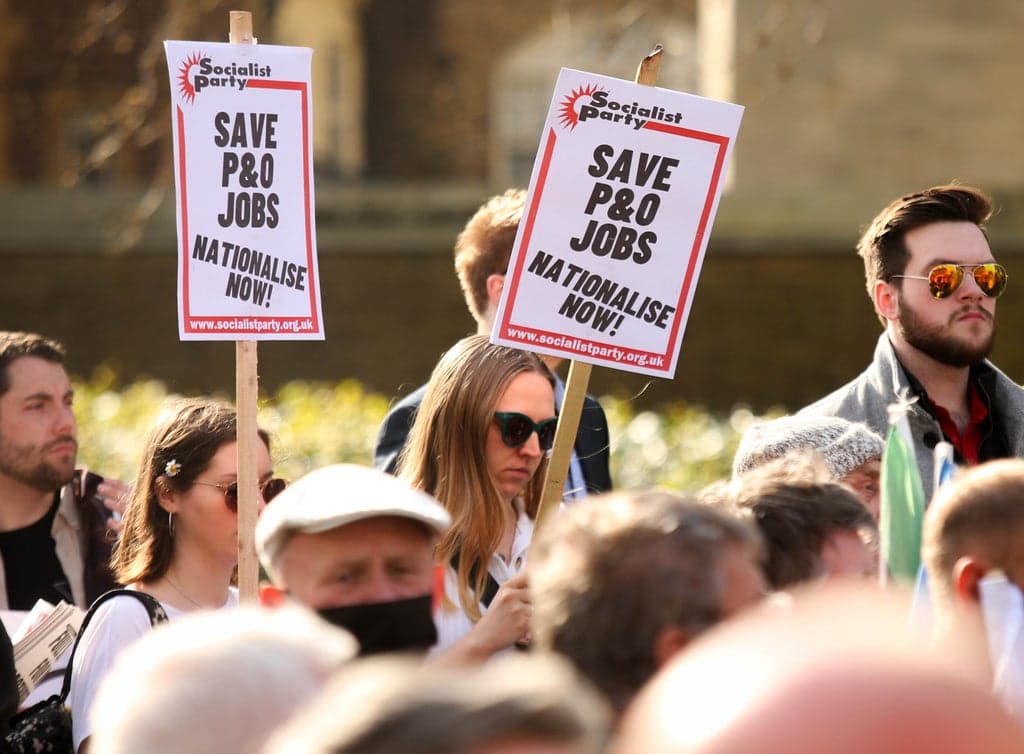 Leaders of more than 30 trade unions have written to business secretary Kwasi Kwarteng in the wake of the mass dismissal of 800 P&O seafarers, to demand a timetable for the introduction of legislation to protect workers first promised by the government more than two years ago.

The unions, led by Trades Union Congress (TUC) general secretary Frances O’Grady, said that P&O Ferries was able to treat its workers as “disposable” because of weaknesses in the UK employment law which permit fire-and-rehire tactics.

They demanded the immediate reinstatement of the workers, who were told of their immediate redundancy by video message last Thursday, as well as the urgent passage of the Employment Bill promised by Boris Johnson in his Queen’s Speech following the December 2019 general election.

The speech, setting out the government’s agenda for the coming year, said the bill would “protect and enhance workers’ rights as the UK leaves the EU, making Britain the best place in the world to work”.

But today’s letter – seen by The Independent – said that all the government has in fact delivered is non-binding guidance offering “the flimsiest of defenses against any employer who is determined to treat their workers with contempt”.

Signed by general secretaries of maritime unions Nautilus and the RMT, as well as Unison, Unite, GMB and many others, the letter says the “long overdue” bill should include action on fire-and-rehire style practices, stronger collective consultation rights and remedies and better protection for workers against unfair dismissal.

The “callous, illegal and pre-meditated” firing of P&O workers “marks a new low-point in UK industrial relations – and shows once again the weakness of our employment law framework in protecting working people”, they wrote.

In addition to an employment bill to strengthen protections for workers, the unions called on government to demand the immediate reinstatement of all sacked P&O staff with no loss of pay.

They said it was vital for the government to “take all steps without delay to ensure that these workers are reinstated and bring forward emergency legislation if that is required”. And they demanded the suspension of “any government support for the company or its parent, DP World” to secure this.

Ms O’Grady said: “The prime minister promised to make Britain the best place to work in the world.

“But one of the most shameful moments in the recent history of UK industrial relations has happened on his watch.

“No more excuses. The government must name a date for an employment bill now.

“This scandal has shown the need for strengthened protections for workers – rogue employers need to know they can’t get away with treating staff like disposable labour.”

She added: “P&O has acted shamefully. The company must reinstate its sacked staff without delay, and with no loss of pay – or face serious consequences.”