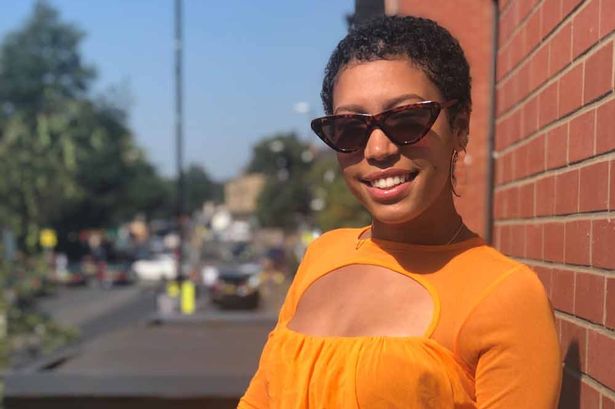 A Uni student who thought she had ‘freshers’ flu’ after her first term as a student left her exhausted, but was shocked to discover she had blood cancer.

During her first term she began to feel exhausted and tired all of the time but she just put it down to the stresses of living away from home, Leeds Live reported .

She did not go to see a doctor until worried friends persuaded her to do so, around two months after the fatigue began.

She said: “I had just started university when I began to feel ill.

“I was tired all the time, so I put it down to exhaustion from moving to uni and leaving home.

“I wasn’t eating proper home cooked meals and I just assumed I was a bit under the weather.”

She said: “At first, like me, they just thought it was ‘freshers’ flu,’ which is a term given to these kind of symptoms in new students, but with further tests, they showed I had acid reflux or heartburn.

“I kept going back to the doctor when things didn’t improve and in November 2018 I commented on how fast my heart rate was.

“He said he couldn’t really send me home and advised me to go to A&E. Once there I had an ECG, to check my heart rhythm and electrical activity and blood tests done.”

As she waited for her test results to come back, she thought the worst was that she had pneumonia.

She said: “I was on my own when they told me I had a form of blood cancer and that I would need a biopsy to determine exactly what type I had.

“It was a completely devastating diagnosis. I burst into tears.”

She added: “Before giving me the results, the doctors had said I could have pneumonia and I had been in floods of tears just about that.

Tegan during her treatment for Non-Hodgkin lymphoma
(

“I remember thinking, ‘This the worst thing that could ever have happened to me,’ So, when I found out it was cancer, I thought it was a death sentence.

“I have had a lot of family members die from cancer, so I was really scared.”

Tegan immediately phoned her sisters in tears who arranged for her family to travel down.

Following a biopsy that same day Tegan was diagnosed with non-Hodgkin lymphoma which, according to the NHS, is a type of cancer that develops in the lymphatic system, a network of vessels and glands found throughout your body.

After her diagnosis, Tegan was admitted to London’s St Bartholomew’s Hospital, but felt isolated being so far from home so was transferred to St James’ University Hospital in Leeds.

“Once there I went onto a Teenage Cancer Trust ward, where the other patients there were all 18 to 24 years old.

:It was really nice to be surrounded by other young people who were going through a similar experience.

“The trust really supported me while I was there. I was in hospital for a week and I made a lot of friends with the other patients.”

Within a week of her diagnosis, Tegan started chemotherapy treatment.

She said: “I had a total of six rounds of chemo, three weeks apart.

“It was grueling, and it left me feeling exhausted and weak, but I knew I had to get through it.”

She added: “I finished that in March 2019 and did radiotherapy for three weeks which was much easier on my body.

“I’d had to drop out of university and I was driving myself mad sitting at home. I didn’t want to waste the two months I had before my results, especially if it was bad news.”

Determined to take back control of her life, Tegan spent the summer of 2019 completing her bucket list, including a trip to Disneyland Paris and Amsterdam with her cousins.

She said: “I also went to Corfu in Greece for a week with family and made sure that I attended every party and event I was invited to.

“It was really important to me to live my life again. Time was of the essence.”

On September 26, 2019, Tegan went to St James’s University Hospital to receive her results.

She said: “I teared up when I got the all-clear, I couldn’t believe it. I had tried not to get my hopes up so this felt like a dream come true.

“I’d been so focused on the present, but this outcome meant that I could now look to the future.”

Determined to make plans, days after receiving the all clear, Tegan went to an open day at Leed’s Beckett University – keen not to miss out on the university life that had been cut short by cancer.

She said: “The open day was for the following year’s applicants, but I met a tutor and explained my situation and they accepted me for the current academic year.

“I was accepted onto the accounting and finance course just three days before it began.”

Tegan has lived with family during her time at university and, now in her final year, she has high hopes of working in logistics and becoming a travel coordinator.

She said: “I thought I was going to die when I first found out I had cancer. It was spreading fast and I was so scared.

“To now have the all-clear is amazing, I feel like I’ve been given a new lease of life.”

But with research from the Teenage Cancer Trust showing that awareness of the main warning signs of cancer in young people is “concerningly low,” with 43 per cent of Brits not realizing that unexplained tiredness could be an indicator, rising to 63 per cent among 18 -24-year-olds, she hopes her story will be an eye opener.

She said: “Cancer is far less likely to affect young people than older adults, but when it does it can have a devastating impact, so being able to spot potential warning signs that could lead to an earlier diagnosis really can make a difference.

“Listen to your body and if you feel that something isn’t right seek medical help. It probably isn’t cancer, but it’s always best to check, so book an appointment with your GP to discuss your concerns. If you don’t feel like you’re getting the answers you need to keep going back, because if a patient consistently presents with concerns, healthcare professionals should listen and take these seriously.”

For more information go to www.teenagecancertrust.org