Unemployment has risen by 3000 people in Hego Euskal Herria in the third quarter of 2021, according to data from the Active Population Survey (EPA) made public by the National Institute of Statistics (INE) this Thursday.

On Navarra, for its part, has risen to 1600 people (4.94%). In this way, the Autonomous Community becomes the community where unemployment has risen the most in the entire Spanish State in the last year. There are 285,200 employed and 34,200 unemployed, which gives a unemployment rate of 10.70%.

ELA and LAB warn of the increase in temporary employment

The ELA union has indicated in a statement that job creation comes from the increase in the services sector, as well as in industry, in which in the last quarter there has been a growth of 19,300 and 9,900, respectively.

Although the a priori data “seem positive”, ELA emphasizes that the increase in employment also comes, to a great extent, from the temporary job creation, which reaches 25% in the CAV and Navarra, ten points above the average for the European Union.

For this reason, ELA demands the total repeal of the labor reform, as “an essential step to dignify the working conditions of the working class.”

For its part, LAB has highlighted in another note that the extension of precarious employment brings with it an increase in poverty, and has asked for a reflection on the quality of employment that is being created, which “Everything indicates that it is precarious”.

This union also refers to the increasing difficulty in finding a job as age increases, and denounces that long-term unemployment has grown “dramatically” in the last year.

On the other hand, the second vice-lehendakari of the Basque Government and Minister of Labor and Employment, Idoia Mendia, has valued the employment data positively and declared that 2022 is going to be a key year for the economic and employment recovery in the BAC: ” We are heading in the right direction ” 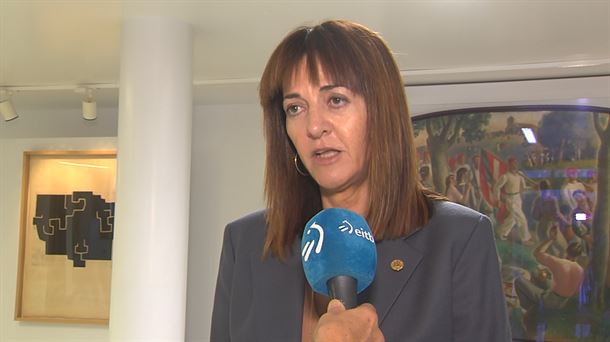 At set of the Spanish state, unemployment has fallen by 127,100 people in the third quarter of the year, which is 3.6% less than in the previous quarter, thus registering its largest decrease in a third quarter since 2018, when unemployment fell by 164 100 people.

For its part, employment surpassed the figure of 20 million workers for the first time since the fourth quarter of 2008 after 359,300 jobs were created in the summer months, 1.8% more than in the previous quarter. Specifically, September closed with 20,031,000 employed persons.

This increase in employment between July and September, which was mainly concentrated in the services sector, is the second highest in a third quarter since the 2008 financial crisis, only surpassed by the 569,600 jobs created in the summer of 2020 after the end of confinement.