Mohammed Ali, from Huddersfield, West Yorkshire, is desperately searching for work as he says on Universal Credit he can’t afford to turn the heating on as energy bills skyrocket

A dad-of-four says he can’t afford to turn the heating on as his energy bills have skyrocketed.

It comes as people across the UK continue to grapple with rising household, food and fuel bills as the cost of living crisis grips the nation and risks causing a recession.

Unemployed Mohammed Ali is currently searching for work and is struggling to budget for food as well as bills while claiming Universal Credit, YorkshireLive reports.

The 41-year-old, from Huddersfield, West Yorkshire, who has previously worked as a pizza takeaway worker and forklift truck driver, has been on benefits for two years.

He said the money that comes in quickly goes out and he is struggling to make ends meet.

He notices supermarket prices going up all the time, including for things like cooking oil, as well as taxi fares, as he desperately tries to budget.

Are you struggling like Mohammed due to rising bills? Let us know at [email protected]

Mohammed said he recognizes he is the same boat as many other people and lower income families simply cannot afford to live as they used to, which is heartbreaking for him.

“Shopping is very hard now,” he said. “Sometimes we can’t turn the heating on. Everything is high.”

He is originally from Iraq but is a British citizen having lived in the northern market town for 17 years.

When he first arrived in Huddersfield, 14 miles southwest of Leeds, he said wages “were very good”.

Mohammed has been out of work for two years
(

“Now we can’t manage. It’s okay but the money I get is for my kids and my wife and for rent,” I explained.

“We have no holidays. The last time was 2015 when we went to Sweden and Holland as a family.”

He said one of the main problems when being out of work is finding something to do and feeling useful.

Mohammed described being on UC as “not horrible” but added: “People need something to do. 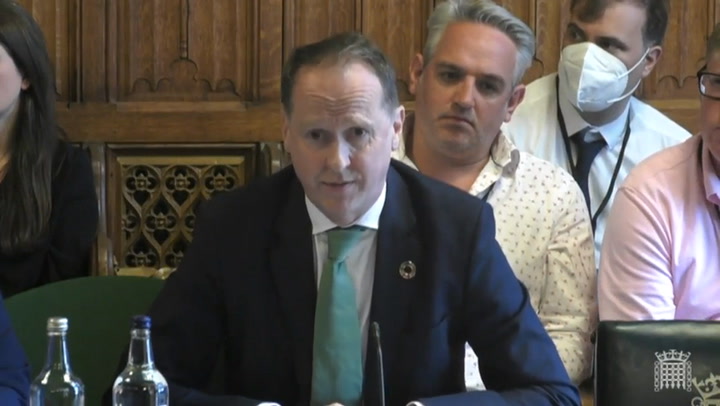 “I keep looking (for work) and asking friends for work. I have been looking for a job for two or three months.

“If you work, you get more money than Universal Credit. I got £300 a week after tax when I was working.”

The dad has been able to reduce his smoking habit as he looks to save the pennies.

Rather than 18 cigarettes a day, now he is down to between seven and 10.

The hike in prices shows no signs of relenting and a stark warning that every UK household could soon be £1,000 worse off was issued by a think-tank earlier this week.

The unprecedented crisis has stumped even the most financially-savvy, with Martin Lewis recently admitting he has “never seen anything like this before.”

Russia’s invasion of Ukraine has also sent fuel costs rocketing, with the average price for a liter of petrol now standing at more than 161p per liter.