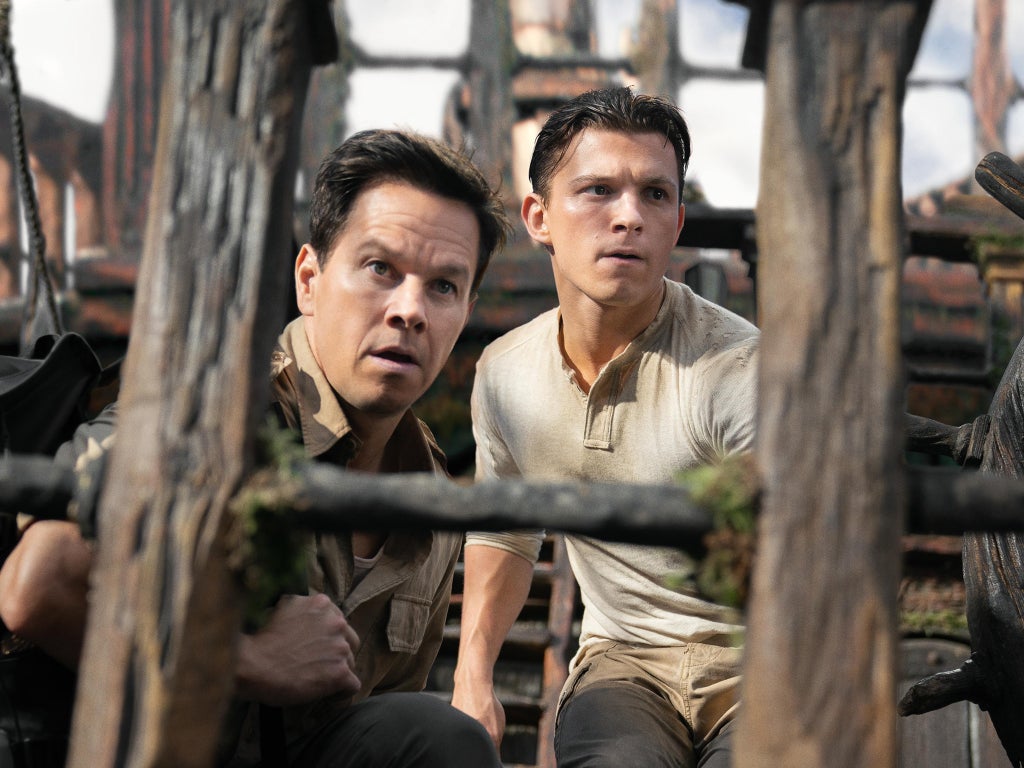 Abandon hope all ye who enter here. There truly is no future for the video-game-to-movie adaptation if Hollywood can’t even crack Uncharted. The treasure-hunting franchise – consisting of four games and several spin-offs – is regularly dragged out as an example of the medium’s cinematic potential. Like tomb Raider before it (and Indiana Jones before that), Uncharted borrows heavily from the adventure serials of the Thirties, digging deep into the romantic traditions of discovery and exoticized wanderlust.

the Uncharted games all adhere to the same basic, reliable structure: treasure hunter Nathan Drake, at the behest of some ancient map or cryptic piece of archaeology, solves a few puzzles and crash-lands into far-flung locations. He’ll hitch a ride on a freight train, a helicopter, or a speedboat, and dodge bullets shot by faceless goons. These are rigorously traditional stories. That always seemed to be the point. Uncharted‘s rich set of characters and finely tuned gameplay – which slips in and out of cut scenes with a balletic elegance – allowed players to feel like they were in the driver’s seat of their favorite childhood adventure.

So why, then, does the Uncharted film feel so passionless and inert? While it’s not detached from its source material, it’s hardly enamored by it either. Video games might be becoming more and more like movies (2019’s Death Stranding features a 31-minute cut scene), but the movies have yet to figure out that people do, indeed, like and play video games. Say what you like about Detective Pikachubut at least he knew what Pokémon were. Uncharted has the distinct whiff of a studio cottoning on to the financial success of the series, without ever bothering to ask the questions of “how” and “why”.

This is how we ended up with Tom Holland playing Nathan Drake, a character so well-known for looking like Castle star Nathan Fillion that the actor was hired to play him in a 2018 fan film. The giveaway that Sony Pictures hasn’t invested all that much thought into the character is the fact that Mark Wahlberg, previously attached to play Drake back in 2010, has now jumped into the role of Drake’s mentor and father figure, Victor “Sully” Sullivan , without the slightest hesitation.

The film’s plot is a hodgepodge of sequences from the games. We open where Uncharted 4 began, with a flashback of Nate and his rebellious older brother Sam, who has since all but disappeared minus the occasional postcard. Now working as a bartender and petty thief, Nate is enlisted by Sully to uncover the hidden treasure of Magellan – though they’ll have to beat Antonio Banderas’s Santiago to it. He’s part of the shady Moncada family, who funded the Inquisition, the Franco regime, and any other part of Spanish history you could pluck out of a textbook.

Holland, as a matter of distinction, is meant to be playing the younger, less experienced iteration of Drake. And, certainly, he’d be a great fit for an aged-down version of some other adventurer – in an action landscape largely populated by human bricks, it’s quite refreshing to see a former Billy Elliot slip, slide and bounce off walls with such nimble grace. But the film has a poor grasp on what a “Tom Holland as Nathan Drake” character should look like. It feels as if he’s retreated back into his “gee-whiz”, Spider-Man shtick.

Wahlberg, too, is an odd fit. He’s mostly on eyebrow-cocked autopilot in Uncharted – which has worked in the past, but functions on an entirely different energy level to the ever-sincere Holland. The actors are left to force some rapport out of a script that has no idea what either of these characters mean to each other. Sully is a conflicted man, though that’s oddly represented by an early reveal that he was part of the looting of Baghdad’s national museum – thus, he’s committed an actual war crime. He’s also a technologically clueless boomer who Drake mocks for having “so many apps open”. Who’s meant to be the mentor figure here when they both come across as incompetent?

There’s a lot, in fact, to Uncharted that feels haphazard or under-considered. The only roles for women – Sophia Ali’s Chloe Frazer, who is from the games, and Tati Gabrielle’s Braddock, who is not – are both written as slight variations on “cool, emotionless action girl”. The film’s finale also eschews the effective, foreboding message of the games (borrowed from Raiders of the Lost Ark and its face-melting spirits) that history is to be respected, not exploited for our own gain. For fans of the source material, it may be disappointing to see such a rich series reduced to several heavily CGI-ed sequences of people clinging to things mid-air (and the lack of decent puzzles! What is an adventure film without puzzles!) . For those new to Unchartedthey’ll just be left to wonder what all the fuss is about.