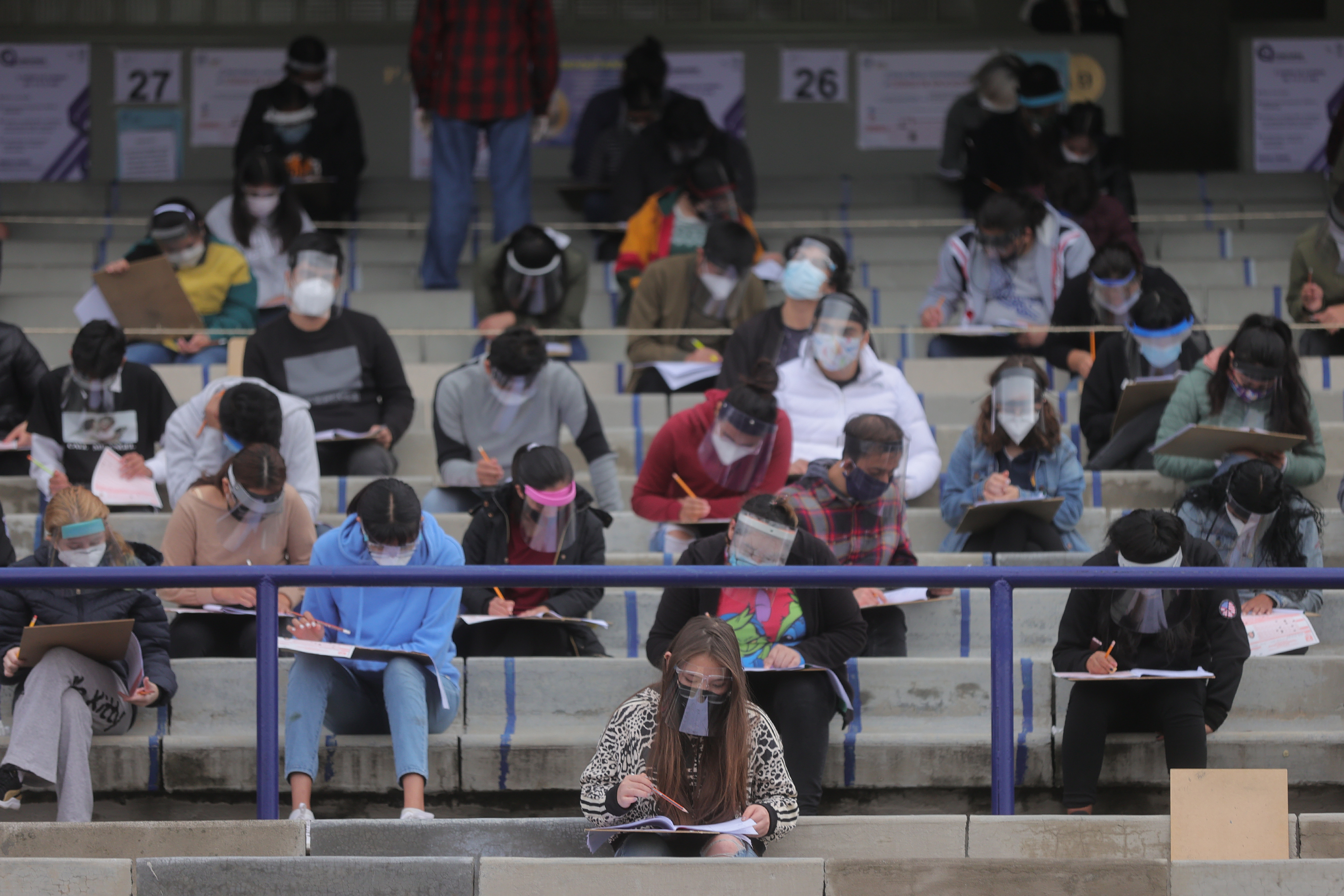 The face-to-face classes have not yet returned to the National Autonomous University of Mexico (UNAM). This has been confirmed by the House of Studies in a statement this Wednesday before the increase in cases of covid-19 in the country: “Teaching will continue to develop in a hybrid way in the different study plans.” This decision confronts the demand of President Andrés Manuel López Obrador, who in his conference on Tuesday asked the universities to return students to classrooms, despite the fact that the entry of the omicron variant in Mexico has triggered the number of infections.

After the holidays, the UNAM will maintain the same blended model that it had before the Christmas dates: mandatory use of face masks, limited capacity and staggered hours combined with virtual classes. The university has left the specific guidelines and attendance percentages in the hands of the technical councils of each faculty; Thus, for example, the Faculty of Medicine announced on Monday that all its classes would be in the online after consulting the indications of experts in covid-19.

In its statement, the university contrasts “the prevailing health situation in the country” with “the persistence of the epidemiological traffic light in green.” This Tuesday, Mexico registered its highest number of daily infections in the last four months: 15,184. The entry into the country of the omicron variant – identified by experts as much more contagious – threatens to lead to a new wave of covid-19 – the fourth in Mexico – as has happened in Spain, the United Kingdom or the United States, which have registered case records on these dates.

So far, the Mexican government has tried to call for calm because hospitalizations due to the virus have not yet increased, however, the history of other waves repeats itself: lack of public diagnostic tests and long things in pharmacies and private laboratories . The López Obrador Administration continues to refuse to implement restrictions and relies on vaccination as the only tool to fight the pandemic.

This weekend the reinforcement immunization of educational personnel begins, while some States have decided to delay the return to face-to-face classes. “The authorities hesitate and allow themselves to be intimidated, and then they lurch, suddenly this new variant comes, and we have to lock up everyone, because the analysts are raising that, even though the doctors are saying something else, but out of fear of questioning, to criticism, schools are closed, “criticized the president on Tuesday.

López Obrador also launched himself against the health policy of the higher schools: “I call again on the universities because they have already passed, there are many who do not return to face-to-face classes. I am making the call respectfully, because nothing replaces face-to-face classes, in addition, not everyone has the opportunity to have the Internet ”. The rector of the UNAM, Enrique Graue, arranged in the middle of November that the house of studies would be directed to a 100% return to the classrooms, now paralyzed by the rebound in infections.

It is not the first disagreement between the highest university institution in Mexico and the president. In October, the president ignited the academic community when he warned against “the right-wing and conservative drift” of the university, which with 360,000 students is the largest in Latin America. Faced with the reprimand, teachers and students came out to defend the house of studies.

Some of López Obrador’s most controversial attacks have been against Mexican academic communities; since the extinction of the trusts, the controversy with the CIDE or the latest budget cuts to the National School of Anthropology and History (ENAH). This Wednesday it was the turn of Tecnológico de Monterrey, whom the president accused of firing its teaching staff in December to rehire them in January.