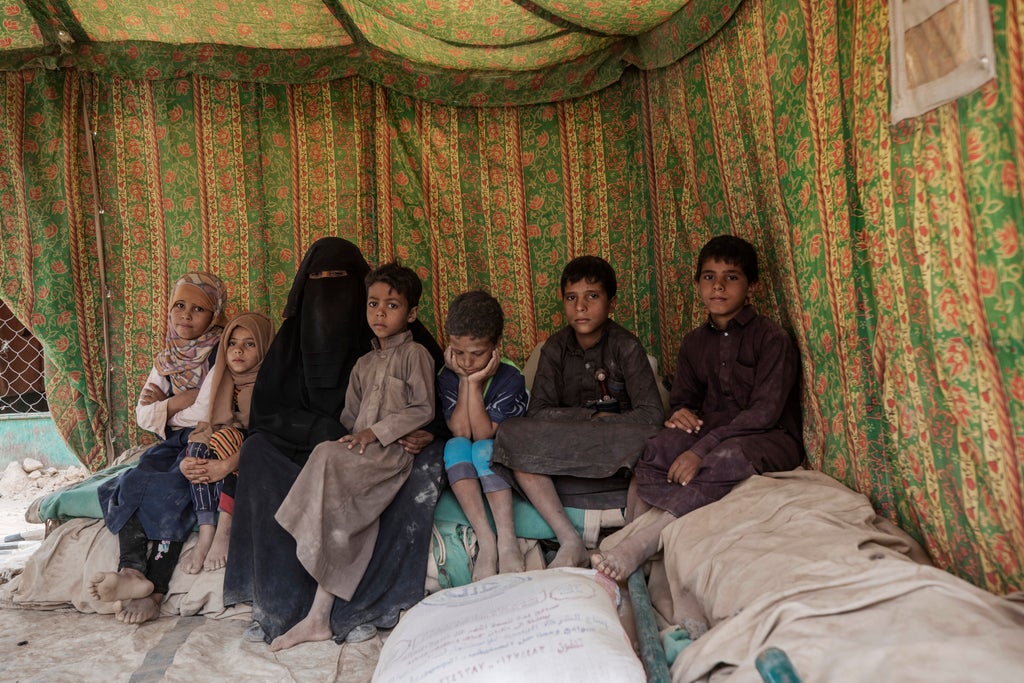 The seven-year war in Yemen has witnessed a dangerous escalation, with January’s civilian casualties the highest in at least three years and 8 million Yemenis likely to lose all humanitarian aid next month without urgent new funds, UN officials said Tuesday.

UN special envoy Hans Grundberg and UN humanitarian chief Martin Griffiths painted a worsening picture of the already dire situation in the Arab world’s poorest nation. They said the past month brought a multiplication of combat zones and the end of January saw nearly two-thirds of major UN aid programs being scaled back or closed.

Yemen has been convulsed by civil war since 2014, when the Iran-backed Houthi rebels took control of the capital, Sanaa, and much of the country’s north, forcing the government to flee to the south, then to Saudi Arabia. A Saudi-led coalition entered the war in March 2015, backed by the US and United Arab Emirates, to try to restore President Abed Rabbo Mansour Hadi to power.

Grundberg warned the UN Security Council that recent attacks by the Houthis on the UAE and Saudi Arabia “indicate how this conflict risks spiraling out of control unless serious efforts are urgently made by the Yemeni parties, the region and the international community to end the conflict. ”

He said a coalition airstrike on a detention facility in Houthi-controlled Saada “was the worst civilian casualty incident in three years,” and he pointed at an “alarming” increase in airstrikes in Yemen, including on residential areas in Sanaa and the port area of Hodeida.

Griffiths said more than 650 civilians were killed or injured in January by airstrikes, shelling, small arms fire and other violence, “by far the highest toll in at least three years.”

“The war is finding people in their homes, schools, mosques, hospitals and other places where civilians should be protected,” he said. “On Jan. 21, an airstrike hit a detention facility in Saada killing or injuring more than 300 detainees. Cross-border attacks have also intensified, killing, injuring and threatening civilians in the region.”

Neither Grundberg not Griffiths saw any signs of the conflict abating.

Grundberg said he will begin consultations next week with the warring parties, political parties, civil society and experts on his plan to move toward a political settlement along three tracks — political, security and economic — though the Houthis have so far refused to invite him to visit Sanaa.

He stressed that “trust is low and ending this war will require uncomfortable compromises which no warring party is currently willing to make.”

“It is therefore incumbent upon all of us,” Grundberg said, “including this council, to exert every possible effort to impress upon the parties to this conflict that there is no sustainable military solution..”

In the midst of war, Yemen has long been viewed as the world’s worst humanitarian crisis, possibly eclipsed at the moment by Afghanistan.

But Griffiths warned that “aid agencies are quickly running out of money, forcing them to slash life-saving programs.”

He said the UN World Food Program reduced food rations for 8 million people in December and starting in March “those 8 million people may get no food at all — or just a reduced ration.” In March, the UN may also have to cancel most humanitarian flights in Yemen, he said.

Griffiths called the scale of the current funding gaps in Yemen “unprecedented,” saying the UN has never before contemplated giving millions of hungry people no food or suspending humanitarian flights.

According to the UN humanitarian office, the 2021 humanitarian plan for Yemen received $2.27 billion out of its $3.85 billion requirement, the lowest funding level since 2015. The 2022 plan hasn’t been released.

Griffiths announced that Sweden and Switzerland will co-host a high-level pledging event for Yemen with the United Nations on March 16.