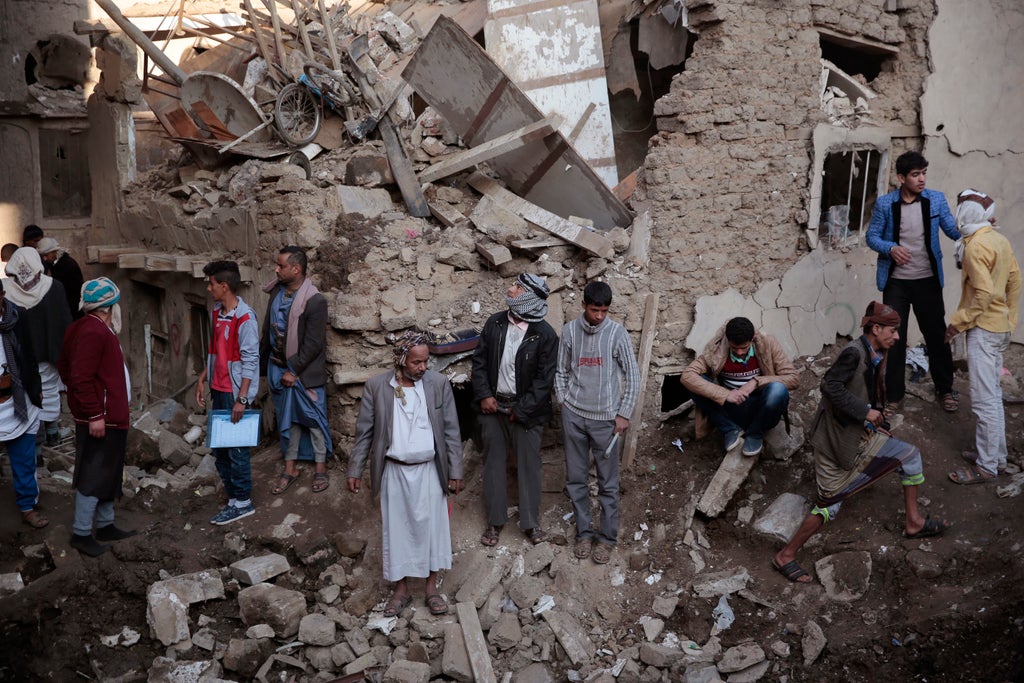 The UN humanitarian chief on Tuesday urged a world focused on Russia’s war in Ukraine not to forget the conflict in Yemen where “one of the world’s serious global humanitarian catastrophes” has left 19 million people facing hunger this year, including 160,000 likely to face “famine” -like conditions.”

Martin Griffiths told the UN Security Council that Yemen has become what humanitarian officials call a “chronic emergency” that often leads to inertia and donor fatigue. This must not happen, he said, to the Arab world’s poorest country, which has the world’s highest percentage of its population in need — three out of every four Yemenis, or 23.4 million people.

The event “is not just about the money, though that is hugely important,” Griffiths said. “It is also an opportunity for the international community to show that we are not giving up on Yemen, even after all these years and with new crises emerging. And that is a very important message.”

Griffiths said aid agencies face “alarming and unprecedented funding shortages” that have forced two-thirds of major UN programs to scale down or close in recent months for lack of money. This has included “deep cuts to core services like food aid, water, health car and relief for people fleeing the violence,” he said.

See also  US warns Russia could use chemical weapons in Ukraine

Yemen has been convulsed by civil war since 2014, when Iranian-backed Houthi rebels took control of the capital and much of the country’s north, forcing the government to flee to the south, then to Saudi Arabia. A Saudi-led coalition entered the war in March 2015, backed by the United States and the United Arab Emirates, to try to restore President Abed Rabbo Mansour Hadi and his internationally recognized government to power.

Despite a relentless air campaign and ground fighting, the war has deteriorated largely into a stalemate, causing the humanitarian crisis. The US has since suspended its direct involvement in the conflict.

Griffiths said hostilities persist along nearly 50 front lines, including in the strategic, energy-rich central city of Marib where a two-year Houthi offensive continues, and in western Hajjah “where clashes have escalated sharply in recent weeks.”

Last year, he said, more than 2,500 civilians were killed or injured in hostilities that forced nearly 300,000 people to flee their homes. That leaves 4.3 million people displaced in Yemen since 2015, he said.

US Ambassador Linda Thomas-Greenfield told the council that “the United States is planning a significant contribution” at Wednesday’s pledging conference, “but it will take all donors working together to meet Yemen’s dire needs.”

“We must address Yemen’s humanitarian crises now,” she said. “Otherwise, the path to peace will narrow.”

Hans Grundberg, the UN special envoy for Yemen, told the council that since 2015 donors have spent “an exceptional, an extraordinary and generous sum” of nearly $14 billion on UN appeals to reduce the suffering of the Yemeni people. More than 75% of that money has come from just six donors: the US, Saudi Arabia, United Arab Emirates, United Kingdom, Germany and the European Commission, he said.

Grundberg said the continued fighting has deepened Yemen’s economic crisis and it is likely to get worse. He pointed to a 20% decrease in the value of the Yemeni riyal against the dollar since January in the main southern city of Aden and increasing prices in a country that relies on commercial imports for about 90% of its food and nearly all its fuel.

Yemen already faces fuel shortages, and price increases “are likely to become even more acute as the energy prices globally continue to rise … because of events which have nothing to do with Yemen,” he said, an apparent reference to Moscow’s invasion of Ukraine and the ensuing sanctions on Russia, a major oil and natural gas producer.

Grundberg said he is continuing to meet with leaders from Yemen’s political parties, experts and civil society representatives to identify short-term and longer-term priorities for a multi-track process that will hopefully lead to talks between Yemenis about finding an end to the war. .

Thomas-Greenfield, the US ambassador, called on all parties to participate in the UN consultations. This requires the Houthis to allow Grundberg to visit Sanaa “without preconditions,” a visit that she said “is long overdue.”