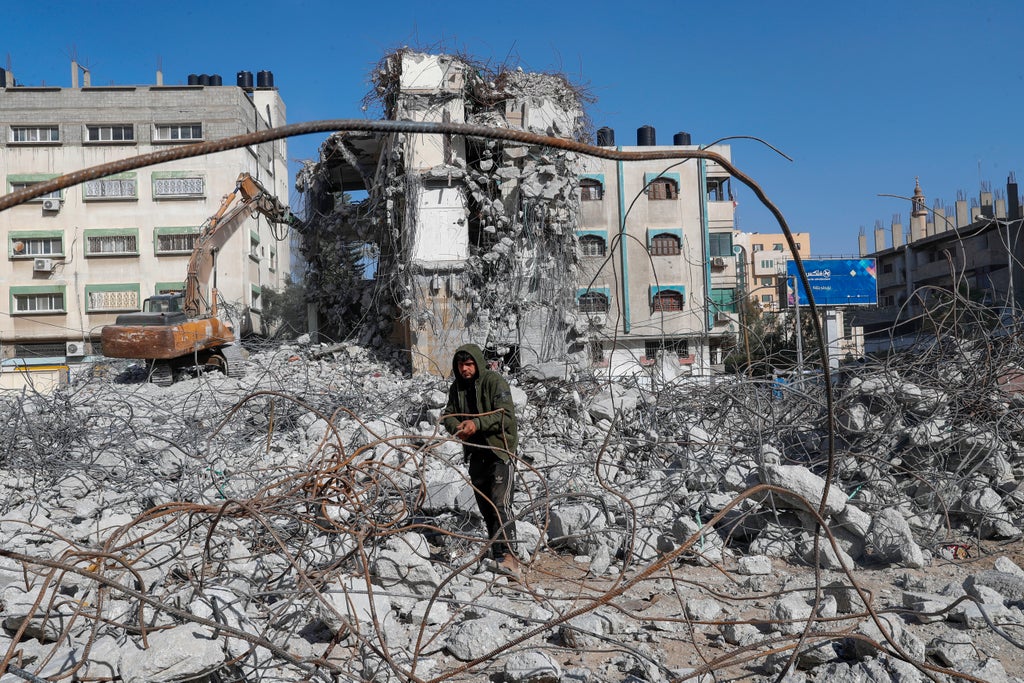 More than 50 million people are affected by the conflict in urban areas from Afghanistan to Libya, Syria, Yemen and beyond, where they face a much higher risk of being killed or injured, the United Nations chief said on Tuesday.

Secretary-General Antonio Guterres said that in some cases civilians can be mistaken for combatants and attacked. In others, he said, fighters make no attempt to minimize harm and use explosive weapons in crowded areas leading to devastating suffering for ordinary people facing lifelong disabilities and severe psychological trauma.

As an example, he told a UN Security Council meeting on the protection of civilians in urban settings during wars that during last year’s fighting in Gaza between Israel and Hamas militants, dozens of schools and care facilities Medical facilities were damaged and nearly 800,000 people were left without running water. .

In Afghanistan, a bomb attack outside a high school in the capital Kabul last May killed 90 students, mostly girls, and injured 240 others, he said.

Guterres said the risk of harm to civilians “increases when combatants move among themselves and place military installations and equipment near civilian infrastructure.”

But he said conflict in urban areas “goes far beyond its immediate impact on civilians.”

The secretary-general said that urban warfare also puts civilians at risk of sieges and blockades that have led to famine. He also forces millions of people from their homes “contributing to a record number of refugees and internally displaced persons,” and creates millions of tons of rubble that affect the environment and people’s health, he said.

“Four years after the destruction of 80% of the homes in Mosul, Iraq, some 300,000 people were still displaced,” he said.

“The terrifying human cost of waging war in cities is not inevitable; it is a choice,” Guterres said.

He urged the fighters to respect international humanitarian law that prohibits attacks against civilians or civilian infrastructure and also prohibits indiscriminate attacks and the use of civilians as human shields. It also urged fighters not to use explosive weapons with wide-area effects in populated areas and to “measure the impact of their operations and find ways to minimize the damage.”

Peter Maurer, president of the International Committee of the Red Cross, told the council that there is “increasing evidence of the unacceptable damage of war in urban areas to civilians.” He said repeated calls for action have not resulted in major improvements and the urbanization of conflict “is having hugely negative effects on populations in urban areas.”

Vice President Mahamadu Bawumia of Ghana said that “the rise of terror and violent extremist groups” including Boko Haram, al-Qaida in the Maghreb, Al Shabab in Somalia and the Islamic State “have revealed the true threat that hangs over the civilian lives.”

While attempts have been made to bring state-backed armed groups and combatants into compliance with the rules of war, he said, many conflicts in Africa continue to involve civilian fighting “and often result in the scapegoating of civilian populations,” including using them. like human shields.

Jonas Gahr Støre of Norway, whose country holds the presidency of the Security Council and chaired the meeting, said Norway chose the topic of Tuesday’s debate because the protection of civilians in conflict is a long-term priority.

With urban warfare on the rise and 50% of the world’s population living in cities and that number expected to continue to rise, he said, “we need to address the obligations that states and parties to conflict have under international humanitarian law.”

Ukraine’s Deputy Ambassador Yuri Vitrenko told the council that “Russian aggression” in 2014, which led to Moscow’s annexation of Crimea and ongoing bloodshed between Ukrainian forces and Russian-backed separatists in the eastern Ukraine, has led to continued shelling of residential areas in Ukraine. cities in conflict zones. He said that the occupied areas were used to deploy artillery and weapons with the local population as a human shield.

Vitrenko said the council’s focus on urban warfare is especially relevant today for Ukrainians living near the Russian border, where Moscow has amassed more than 100,000 soldiers, and in the separatist east.

“Let me reiterate that Ukraine has no intention of carrying out any military action in the occupied parts of its sovereign territory, let alone along the border with Russia,” Vitrenko said. “We see no other alternative than a political and diplomatic solution to this international armed conflict, and we will continue to seek any viable option to secure them.”

He said the starting point should be for Russia to de-escalate the security situation on Ukraine’s borders and withdraw from the east and Crimea.