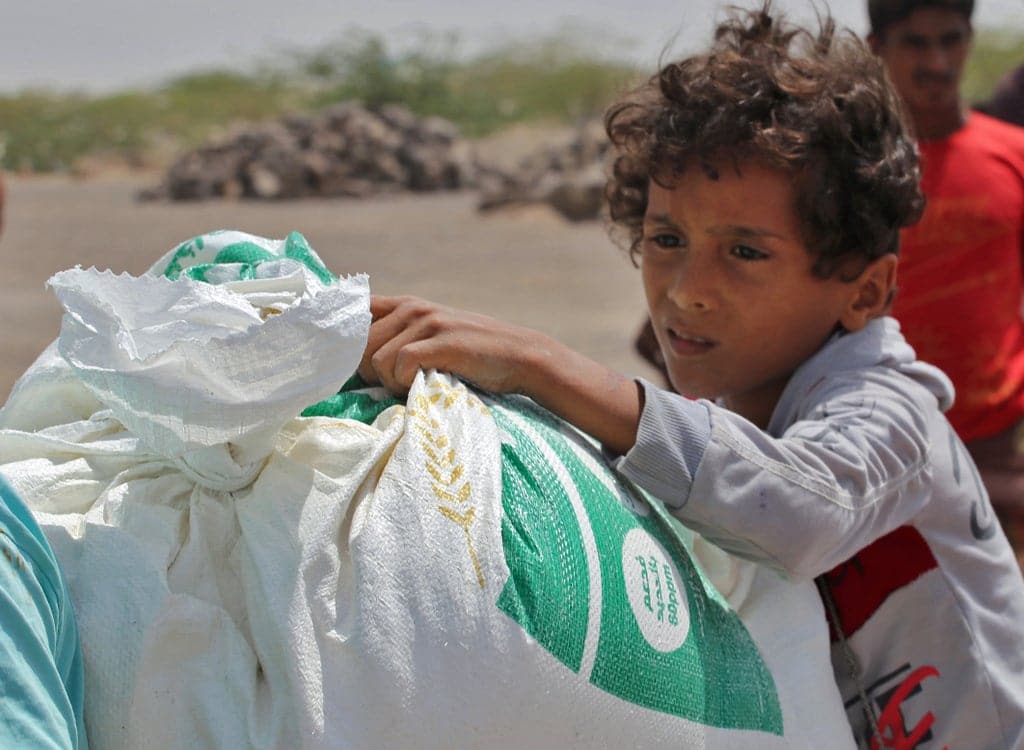 Top famine and hunger experts have warned that millions of people around the world could face catastrophe as a result of Russia’s invasion of Ukraine and the threat to one of the most crucial global breadbaskets.

Officials at the United Nations World Food Program (WFP) had already warned up to 44 million people, spread across 38 nations, were on the edge of famine, before the conflict.

Yet Russia and Ukraine produce as much as 30 per cent of the world’s wheat, and Vladimir Putin’s invasion of his neighbor is poised to push the cost of that staple product higher on global markets. Ukraine is also a major provider of sunflower oil.

Already, the WFP has been forced to reduce by 50 per cent what it feeds to children caught up in Yemen’s humanitarian crisis, and its head has asked that his staff not be asked to decide which children in the world live or die.

“When the Ukraine conflict happened, the world was already facing unprecedented challenges all over the place,” Martin Penner, the WFP’s deputy head of global communications, tells The Independent. “With hunger numbers and emergencies just getting bigger by the day.”

“Then along comes the war in the Ukraine. Ukraine, together with Russia, is the breadbasket of the world. Ukraine by itself produces enough food every year for about 400 million people. A lot of that is exported.”

Speaking from the WFP headquarters in Rome, he adds: “It’s like another disaster happening on top of something that was already a catastrophe.”

See also  What is a 500 internal server error? Meaning explained as Cloudflare outage sends Discord and other sites down

Officials have said one of the countries where emergency supplies to families have already cut is Yemen, where eight million people have since December been receiving half the agency’s minimum daily ration.

About half of Yemen’s population of 30 million is in poverty, in large part the result of a humanitarian crisis triggered by Saudi Arabia’s military operation against Houthi rebels, a bombing campaign supported by the US and British governments. The WFP feeds 13 million people a month in Yemen and around 17 million are said to be food insecure.

Earlier this month, officials said 31,000 people in Yemen were experiencing famine and that 161,000 were expected to have reached that predicament by June.

“Every day more and more children in Yemen go to bed hungry. This should not be the case for any child anywhere in the world,” Catherine Russell, head of the UN’s children charity, UNICEF, said in a statement.

“If we don’t act today, we will see more children die in Yemen, and those who don’t die will suffer the consequences of malnutrition in their future, including impaired physical and cognitive development.”

Experts say part of the problem is financial and the WFP is short of funds because country donors have not contributed enough.

Yet the invasion of Ukraine – which has forced the WFP to start supplying emergency food to Ukrainian citizens besieged by Russia – has exacerbated the situation in various, complex ways.

They say that with Ukrainian ports closed and Russian grain deals suspended because of sanctions, 13.5 million tons of wheat and 16 million tons of maize are currently frozen in Russia and Ukraine.

The nations at most of risk because of this are Afghanistan and Syria, which tend to be the most sensitive to disruptions to supplies because their diets are so dependent on it.

Half of Africa’s wheat imports come from Ukraine and Russia, experts say.

“We’re really in a unique situation,” says Dr Martin Puma, Director of the Center for Climate Systems Research (CCSR), at Columbia University in New York, and an expert on global food security, climate change and and human migration .

The WFP’s executive director David Beasley has said his organization is facing a $9bn funding shortfall and has urged nations to contribute more.

In an interview with Politico, Beasley said: “We’re billions short. Failure to provide this year a few extra billion dollars means you’re going to have famine, destabilization and mass migration.”

His comments came as Joe Biden was traveling to Brussels to attend an emergency Nato summit, a G7 meeting and also speak to the European Council, where leaders are already scrambling to respond to the food crisis resulting from the war.

“If you think we’ve got hell on earth now, you just get ready,” said Beasley, 65, who served as the Republican governor of South Carolina from 1995 to 1999.

In the United States, the Senate’s bipartisan hunger caucus has said that although Congress passed $13bn in aid for Ukraine earlier this month, the $2.65bn set aside specifically for food and other humanitarian aid did not go far enough to address food shortages globally.

“Democrats and Republicans in Congress need to quickly come together and approve emergency global food aid in order to prevent tens of millions of people, including millions of children, from dying of starvation,” Democratic Senator Cory Booker, of New Jersey, told Reuters.