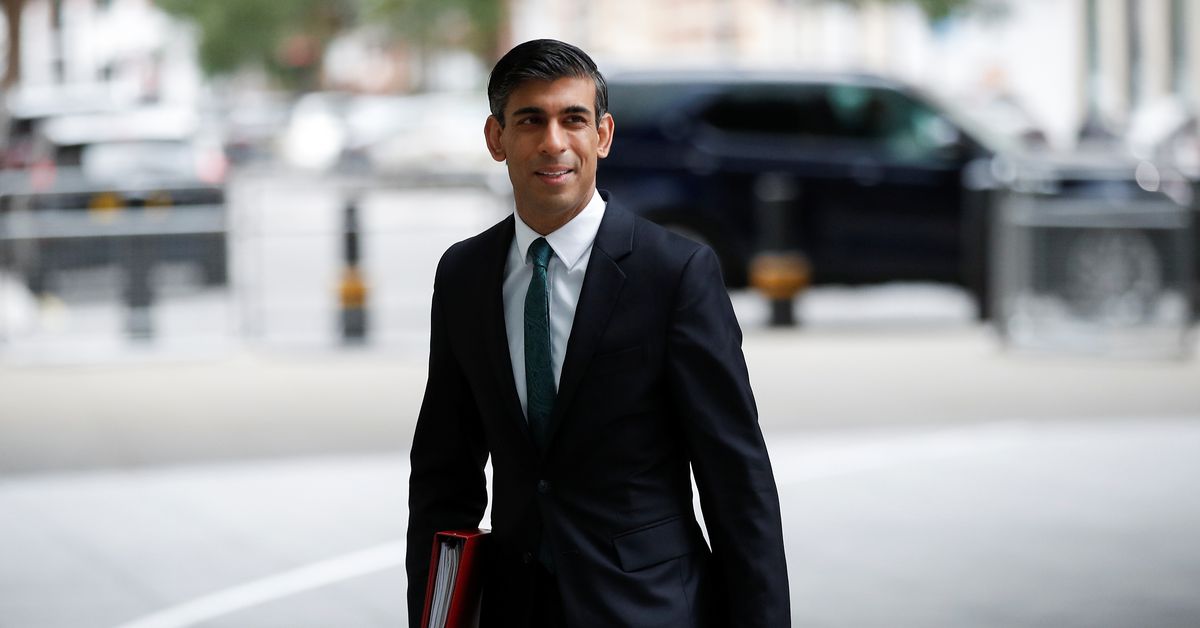 Britain’s Chancellor of the Exchequer Rishi Sunak arrives at Broadcasting House to take part in an interview on BBC’s ‘The Andrew Marr Show’, in London, Britain, October 24, 2021. REUTERS/Peter Nicholls

Britain has reported record numbers of new COVID-19 infections for two days running, and on Wednesday England’s chief medical officer warned people not to mix with others unless they have to in the run-up to Christmas.

“I appreciate that it is a difficult time for the hospitality industry,” Sunak told reporters before returning to Britain.

“The good news, I would say, is that there is existing support measures in place to help the industry,” he added, citing tax reliefs and money provided to local authorities which had yet to be disbursed.

Sunak said he had held online talks with representatives of the hospitality sector earlier in the day and would continue to work with them after flying back to Britain late on Thursday. He had previously been due to return on Saturday.

His statement was unlikely to ease the concerns of the hospitality industry, whose trade body said that business had been badly hit already during the Christmas period, which some firms heavily rely on to see them through quieter months.

Sunak and a deputy spoke on Thursday with trade groups including UK Hospitality and the Confederation of British Industry, as well as hotel and restaurant operator Whitbread (WTB.L) and restaurant chains Nando’s and Prezzo.

“We stressed to the government this afternoon that help is needed now for the small firms … which are facing the disruption of a tidal wave of Omicron right during the crucial festive trading season,” said Mike Cherry, chair of the Federation of Small Businesses.

Britain has cut back most of the support it offered to businesses during the pandemic. The job-protecting furlough scheme ended on Sept. 30, while the rate of value-added tax (VAT) on hospitality services increased to 12.5% from 5%, and is due to rise again to its pre-pandemic level of 20% from April.

Business groups have called for a reversal of the VAT rise, property tax exemptions and rebates on employees’ sick pay.