Skip to content
Home News Ukrainians are fighting for their freedom, and Britain is doing everything to help them 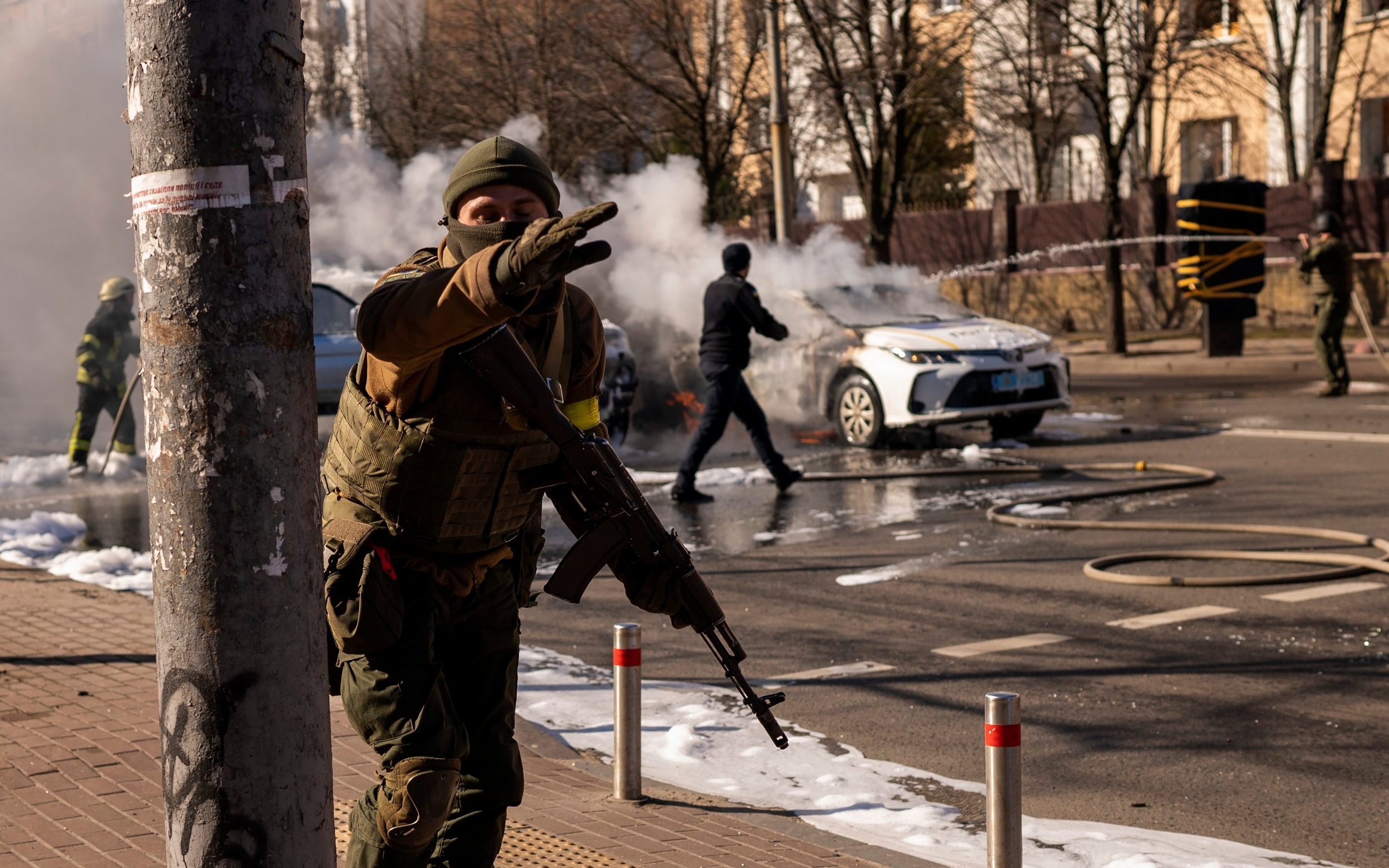 After three days of intense fighting, spurred by dogged Ukrainian resistance, Russia is well behind its planned timeline. Progress to Kyiv has been much slower than they’d expected, they were unable to take key cities early and now must try to bypass them. This leaves pockets of well-armed and well-trained Ukrainians to the rear of the Russian front line exposing a vulnerable logistics tail – an omen for what Putin awaits.

The effectiveness of the Ukrainian resistance comes down to one thing – the grit and determination of the Ukrainian people to stand their ground. They still face much more violence and destruction with almost the complete might of the Russian armed forces bearing down on them, but their early success has emboldened the population at large.

Recruitment centers are now drawing long queues of volunteers wanting to stand up for their country’s freedom. President Putin will have seen this too – if he manages to win the first combat phase, a protracted, bloody, and committed resistance campaign awaits.

Those brave young people, however, need more than just courage and commitment. They need support from their allies with weaponry, ammunition, medical supplies, and communications.

The United Kingdom was the first country in Europe to commit lethal aid and we continue to do all that we can to ensure it reaches them and only the Americans have given more.

The shoulder launched anti-tank missiles that we delivered just four weeks ago are now in wide use and have become a favorite of the brave Ukrainian warriors fighting on the front line.

However, the Prime Minister has been clear that we can’t now sit back and consider our job done, and this week he has delivered that message to world leaders across Nato and the European Union. After years training the Ukrainian Army, we’re one of their best friends and they need us with them. He directed the Ministry of Defense to send more and so we will.

Moreover, my outstanding boss Ben Wallace, has rallyed other nations to the cause, gathering allies from around the world late on Friday night to co-ordinate what other countries might want to give alongside the UK. The MOD here in London will then help to get that aid to wherever it needs to go.

What we’re sending, exactly how we’re sending it, and when, will need to be kept secret for obvious operational reasons but the British public should know that the requests of the Ukrainian Government are being heard and we’re responding with all urgency. We know that Ukrainian lives depend on us doing so.

This leadership on military aid follows a pattern of UK leadership. The Prime Minister was the first major western leader into Kyiv; we sent the National Security Advisor, Foreign Secretary, Defense Secretary and Chief of the Defense Staff on diplomatic missions to Moscow; and we’ve been leading in Nato as the first country to commit forces to the reinforcement of the eastern flank. We were also one of the first to commit to bilateral reinforcement by sending troops to Poland to assist with border security.

The UK was also the first in the G7 to push for Russian removal from Swift, the first to ban Aeroflot from our airspace and, most importantly of all, the first to say unequivocally and publicly, that Putin must fail.

That’s the other key part of the work underway in Government this weekend, security experts will be thinking about the strategic decisions we need to make during the coming weeks and months to respond to a new epoch in Euro-Atlantic security.

We must bring the rest of Europe and Nato with us. After meetings last week at Nato, and with the leaders from the Joint Expeditionary Force of Nordic and Baltic states, the PM starts this week by meeting leaders from around the Balkans. The Defense and Foreign Secretaries will also be hard at work developing international consensus.

The PM has said that Putin must be made to fail. His failure must be complete; Ukrainian sovereignty must be restored, and the Russian people empowered to see how little he cares for them. In showing them that, Putin’s days as President will surely be numbered and so too will those of the kleptocratic elite that surround him. He’ll lose power and he won’t get to choose his successor from him.

In the meantime, Nato countries will re-discover the importance of properly resourcing our collective security, Russia will be diplomatically isolated in the world, and the sanction regime will endure beyond this conflict, imposing huge costs on the Russian economy. Finally, we need to embrace that we’re also now in a competition of values. We’ve forgotten what a luxury freedom is, and we’ve lost our confidence in promoting it. We must urgently re-find our ability to do so.

For all the urgency with which we must deliver military aid, we must also give ourselves time to make the right strategic decisions diplomatically, economically, militarily, and culturally to ensure that, sooner or later, Putin fails. Our greatest ally in all of this will be the Russian people. We have no quarrel with them, and for whom we want nothing more than their freedom.

For the time being though, we just have deep sorrow that so many thousands of their bravest and best will be sacrificed, alongside those heroic Ukrainians, in the cause of Putin’s hubris.

James Heappey is Minister for the Armed Forces