Skip to content
Home News Ukrainian politician breaks down live on air: ‘Please save our people’ 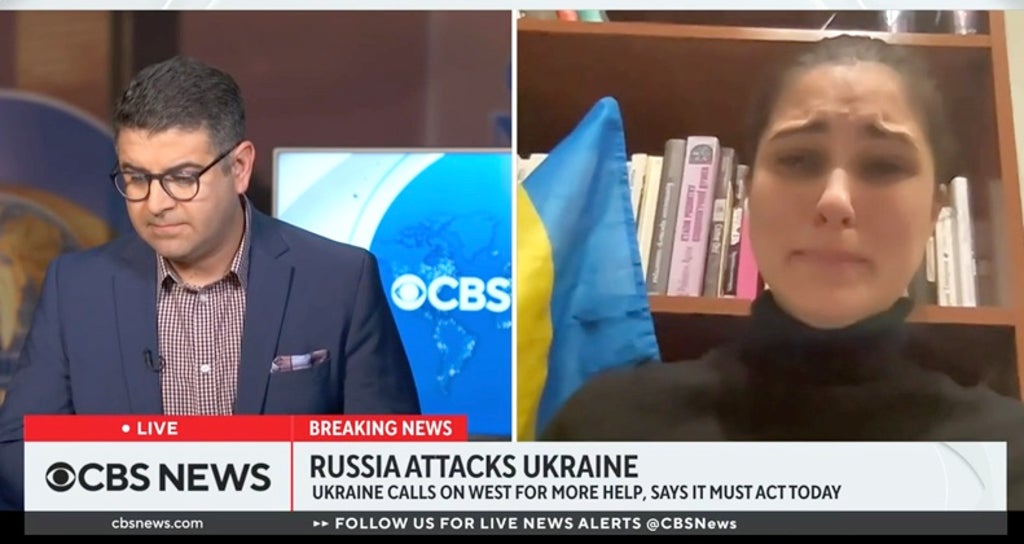 A Ukrainian politician broke down in tears live on air as she begged the US to “please save our people” from being “murdered” by Russian forces.

Halyna Yanchenko, deputy head of Ukraine’s parliamentary majority and a 33-year-old mother-of-two, became emotional during an interview with CBS on Thursday as she spoke about the “innocent citizens” being killed in the Russian invasion.

“Please save the Ukrainian men, women and children,” she said, as her voice began to crack.

“These are innocent citizens. Block Russia from SWIFT,” she sobbed.

Within minutes of his announcement of a “special military operation”, explosions and air strikes rocked cities across Ukraine, including the capital Kyiv.

Now, more than 24 hours on, Russian forces have taken control of Chernobyl – the site of the worst nuclear disaster in world history – and have entered the northern districts of Kyiv.

At least 194 Ukrainian people have been killed with 57 civilians, including children, among the dead.

Fears are growing that the capital will fall to Russia in a matter of days with the Ukrainian government calling on citizens to defend their city from attack.

Ukraine lifted its age limit to serve, machine guns are being handed out to volunteers and people are being told to use Molotov cocktails in an effort to protect the country.

The international community has imposed sanctions on Russia, with G7 leaders holding a meeting on Thursday and collectively condemning the violence.

President Joe Biden unveiled a raft of new sanctions on Thursday afternoon including blocking Russia’s biggest banks, restricting its access to technologies and sanctioning people with ties to the Kremlin.

Similar sanctions were imposed by the likes of the UK and the European Union.

Ms Yanchenko begged the US and the rest of the world to take “the right action” and be “courageous” against Mr Putin.

“I ask you to be courageous and to make right decisions on time,” she said.

“They are ruining homes, they are killing people, they are murdering people – not only our soldiers but innocent people.

“And today about six dozen people were murdered including children.

The lawmaker said that she feels countries acted too slowly to impose sanctions on Russia ahead of Thursday’s invasion and so now “every minute is important”.

“In my opinion the world was already taking too much time to think about what to do with Putin but Putin is not thinking,” she said.

“He knows what he wants. He wants to invade our country and kill our people.

“And I beg you not to let it happen.”

She added: “Children were murdered today because the world was not serious about Putin.

“The world was not serious about sanctions at the time.

“Now every minute, every hour is important.”

SWIFT is a system used to carry out international transactions by most large financial institutions.

By cutting off Russia’s access to the system, the country would be cut off from most international business transactions including sales of its oil and gas.

“What the world can do now and what the US should do now – two things, please start with SWIFT,” said the parliamentary member.

“If you block Russia from SWIFT it will really help as Russian citizens will come out to the streets and ask Putin what he is doing – not only with Ukraine but with their own country.

“He is killing and he is ruining lives not only Ukraine. He is murdering Ukrainians literally but he is also ruining lives in his country of him and his citizens of him should tell him.

She added: “So I beg American politicians to block Russia from SWIFT now.”

Mr Biden ruled out cutting off Russia from SWIFT at the moment, saying that the US’ European allies weren’t ready to make that move.

I have added that it is “always an option” in the future.

Ms Yanchenko also called on the world to “send Ukraine forces so we can block the arms that they are sending through the air because they have rockets in Russia, in Belarus and they can bomb Ukrainian cities from other countuies like Russia and Belarus.”

While the Ukrainian people are “horrified” by what is happening, she said that they are “ready to protect their land” from attack.

“We are here standing on our land, our country. This is our land,” she said.

“Not Putin or Hitler or whatever you call him will tell us what we should do and tell us that part of our land is not our land, that our people are not our people.” 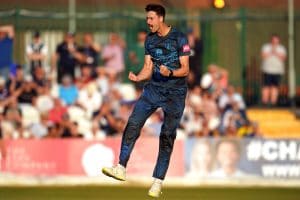