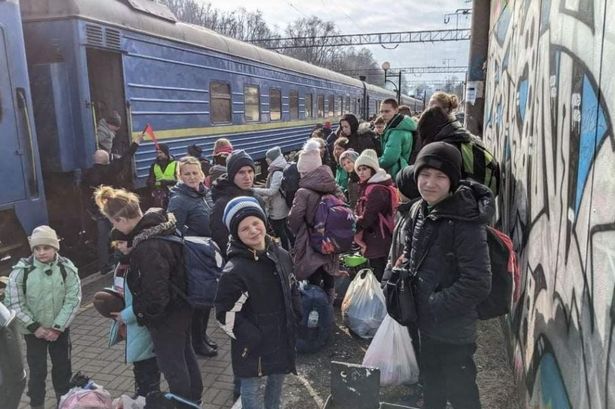 Fifty orphans fleeing war in Ukraine are to be temporarily housed at a beauty spot near Callander by a Scots charity.

The youngsters will be brought from Poland to Scotland and given sanctuary in a property to the south of Loch Venachar.

However, their arrival has been delayed due to paperwork problems. They had been scheduled to arrive on Wednesday, but it’s now understood that the children could arrive in Callander by the weekend, where they will spend a number of weeks before moving to Edinburgh.

The children, aged between four and 17, will also be joined by nine “house mothers”, charged with helping to care for the youngsters.

The charity Dnipro Kids and Stirling Council are working in partnership to provide a temporary home in Stirling for refugees evacuated from orphanages in Ukraine.

Dnipro Kids was launched in September 2005 when Hibernian traveled to Dnipropetrovsk for a UEFA cup tie. Hibs supporters organized a charitable collection for some local orphans.

Since the request came in from Dnipro Kids, council staff have been working with key local partners and agencies, including NHS Forth Valley and Police Scotland, along with volunteers from local businesses, to ensure the facility in Callander is ready to welcome the children and that local support is in place.

Dnipro Kids board member, Robert Brown, from Stirling, previously worked in Ukraine and later got involved with the charity. He has been the point of contact to set up the home for the kids in Callander.

He said: “Once I knew that the children would definitely be coming, I immediately contacted the chief executive of Stirling Council on Wednesday afternoon and by close of business on Friday, we put together a comprehensive support package. The council deserves a lot of credit for this.

“Both Dnipro Kids and Stirling Council are committed to giving the children a wonderful time so that they can escape the trauma of what they’ve been through, and we can turn their experience into an adventure they’ll remember for the rest of their lives .

“I would urge everybody to keep on supporting Ukraine with donations of cash. Ukrainian men are in the front line of a fight to protect our democratic way of life. We must therefore do all we can to help their wives and children wherever they are. It is going to be a very long haul, so we need to donate and donate and donate.”

Stirling Council chief executive Carol Beattie added: “Dnipro Kids approached us asking for support and our staff responded quickly to help make sure the children have what they need.

“The suffering faced by innocent families and communities is heartbreaking to witness and we are prepared to do whatever we can to help them.

“Stirling Council has a proud history of welcoming and assisting refugees. We have participated in the Syrian Refugee Resettlement Scheme since its launch in 2005 in response to the Syrian crisis and we are committed to supporting efforts to resettle Afghan nationals. Now we are stepping up to aid the innocent Ukrainian victims of the Russian military invasion.

“These children have shown enormous courage to flee the devastation and constant fear they were facing in their own homes to try to integrate somewhere new.

“Our first priority will be checking on the health and wellbeing of the young people and making them feel welcome. After that, we have put in arrangements to ensure they are completely integrated into the community whether that’s going to school or taking part in various activities.

“They will be warmly welcomed into Stirling’s communities where they will find support to get used to their new environment, and help getting to know the country that has welcomed them.

“We stand ready to help in Stirling if there’s more we can do for the children.”

“We in Stirling stand with the people of Ukraine in their darkest days, and will act swiftly to support refugees fleeing Russia’s war of aggression.

“I’m extremely heartened to see Stirling Council providing refuge to displaced Ukrainian orphans, and wish Dnipro Kids well in their task to keep these children safe. Stirling and the nation bid you a warm Scottish welcome to our home – and for as long as you need it – your home too.”