Skip to content
Home News Ukrainian-born lecturer: ‘Will it be the last time I talk to my parents?’ 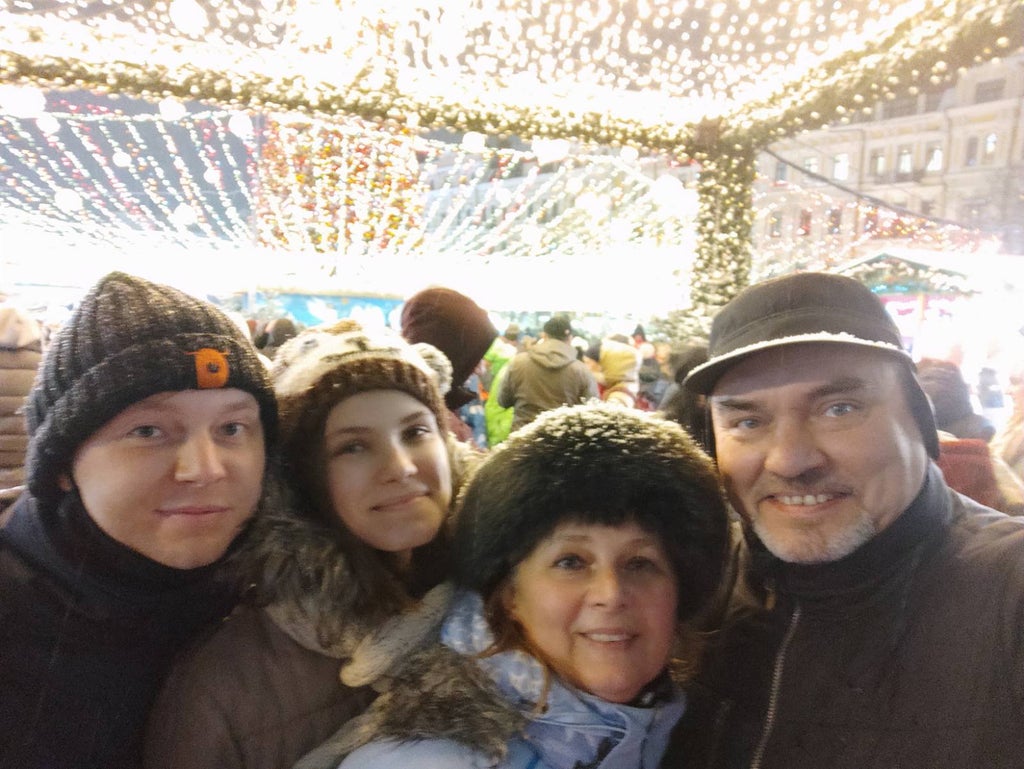 A Ukrainian-born lecturer at a UK university has described how ordinary people in his home city of Kyiv, including his father, are taking up arms to fight against the Russians.

Andrii Zharikov, a senior lecturer in law at the University of Portsmouth’s law faculty, said he is trembling with fear for his family and has been struggling to sleep or eat since the invasion.

The 30-year-old said he has asked his family – mother Tetyana Zharikova, 53, father Victor Zharikov, 55, and 19-year-old sister Anna-Maria Zharikova – to keep him updated every hour so he knows that they are safe .

He explained that his sister had taken up the offer of a spare seat in the car to flee Kyiv for the west of the country while his mother was in a bomb shelter looking after his 86-year-old grandmother.

Mr Zharikov said his father, a history teacher, had been queuing for hours to obtain a weapon so he could join the resistance.

Speaking to the PA news agency, he said: “He has volunteered to take military equipment and fight for the city, he’s 55 years old but he has to do it because the enemy is coming.

“The majority of them are ready, ordinary people, mostly males because women are going to the safer places or staying in bomb shelters, but from what I’ve seen many people like my father understand that if there is no help we will not stay there for very long.

“My voice is trembling because I know how dangerous it is, I told him not to do it but stay with my mum but she said he has no choice as the enemy is already in Kyiv and there needs to be a resistance.

“There are loads and loads of such people who are of the same opinion that this is our home and we need to protect it.

“I hope he is safe now, I know that he has been waiting for hours for his turn to get a weapon because there are so many people queuing to do the same.”

Describing his shock at the invasion, Mr Zharikov said: “I feel like I woke up in a different world, I haven’t slept since the war started, I haven’t eaten, it’s just some crazy nightmare.

“It’s the fear of the unknown, we trust our military service but everyone understands that unless there is substantial help from our allies we will just lose this battle and Ukraine will be surrendered.

“Simply we are outnumbered.”

He continued: “The truth is we are facing one of the biggest armies in the world and we understand no-one will send their troops in.

“But we also understand the promises you made to provide us with everything we need for our defense and that’s what we need at the moment.

“We are standing our ground but we are losing the battle of the air so we need anti-aircraft missiles to get those planes down which keep bombing not only military targets but also civilian objects.

“We need that from the West, we need humanitarian help, we need supply of some essential products and need assistance with refugees as there are already thousands if not millions seeking help from neighboring countries.

“I am based in the UK, I am faced with my sister who is just 19 with some strangers all by herself and I am not in a position to get her here as she needs a UK visa, there needs to be some emergency measures. ”

He added: “I fear so much about my family, I am helpless here, all I can do is to raise awareness and urge the UK Government, they have done some good work so far, we need more support, more action, some of the coalition allies are blocking some decisions.

“The countdown is hours now, not days, and I am absolutely terrified what will happen to my mum, will it be the last time I talk to her or will I get another chance.”