Skip to content
Home News Ukraine: What is a false flag operation? 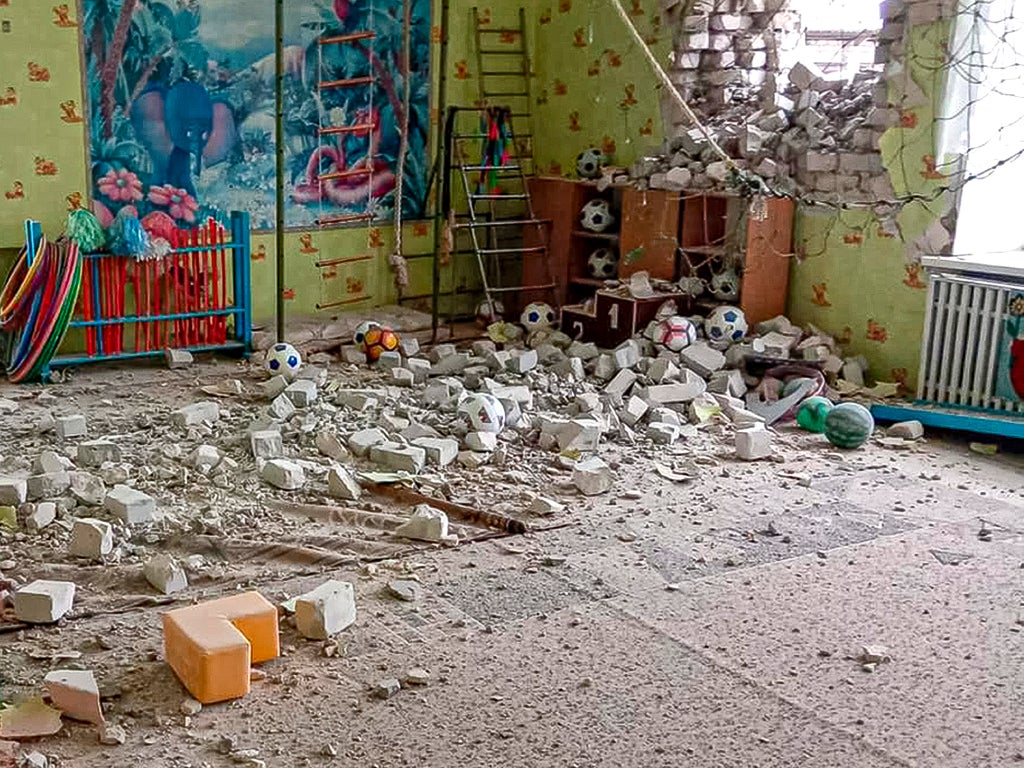 Boris Johnson on Thursday joined the chorus of Western leaders accusing Russia of plotting to create a pretext for war with Ukraine by carrying out so-called false flag operations.

It comes after Volodymyr Zelensky, the Ukrainian president, announced pro-Russian forces had bombed a kindergarten in the Donbass separatist region of southeast Ukraine, in what he called a “big provocation”.

Video footage released by Ukrainian police showed a hole through a brick wall in a room scattered with debris and children’s toys. No children were harmed but three adults were reported to have suffered concussions.

The Kremlin said Moscow was “seriously concerned” about reports of an escalation after the separatists had earlier accused Ukrainian government forces of opening fire on their territory four times in the past 24 hours.

However, Mr Johnson said Western allies “know” it was a false flag operation “designed to discredit the Ukrainians, designed to create a pretext, a spurious provocation for Russian action”.

So, what is a false flag?

A “false flag” refers to a covert operation designed to appear as if it was carried out by another group or country – such operations are generally used to set a pretext for war.

It also refers to activities carried out by individuals or government organizations to undermine political and military opponents. In legal terms, false flags are commonly described as “stitch ups” and “setups”.

Where does the term come from?

The phrase was originally coined for the practice of pirate ships flying the colors of other nations to deceive merchant ships into thinking they were dealing with a friendly vessel, according to research by the History Channel.

While the pirates would usually unfurl their true colors just before attacking, the wrong flag would sometimes continue to be flown throughout an attack, hence the term “attacking under a false flag”.

Over time, though, the term came to be applied to any covert operation that sought to shift the responsibility on to a different party from the one carrying it out, as has happened in the past.

When has strategy been used before?

Perhaps the most famous false flag operation was the one carried out by German Nazis in what became known as the Gleiwitz incident.

In 1939, Adolf Hitler instructed some of his officers to pose as Polish solders to stage an attack on a radio station in the country.

The move resulted in sections of the German public supporting an invasion of Poland, which ultimately sparked the Second World War.

In a now infamous speech, given by Hitler just before the invasion, he said: “Its credibility doesn’t matter. The victor will not be asked whether he told the truth.”

During the same year, another covert operation took place, this time in the Russian village of Mainila which was shelled by an unknown party. The village was close to the border with Finland, and the attack was used as an excuse to break the Soviet Union’s non-aggression pact with the country and launch an invasion into Finland that would later become known as the Winter War.

It was eventually concluded by both British and Russian historians that the shelling of the village was a false flag operation carried out by members of the NKVD – predecessors to the KGB. And as a result of the war between the Soviets and the Finns, Finland sided with Nazi Germany in the Second World War.

The tactic was used long before the 20th century, too, with Sweden’s military believed to be one of the first to use false flags when it attacked Puumala – a Swedish outpost on the old Russo-Swedish border – in 1788.

Soldiers wore fake Russian uniforms made by a local tailor to stage the attack. The Swedish National Assembly, which until then had refused to agree to a war against Russia, then launched an offensive in retaliation.

Sweden’s King Gustav III, who unlike the assembly did not have the authority to launch such an attack, was then able to spark the Russo-Swedish war – which lasted for two years.

What next in Ukraine?

Speaking about the Donbass attack today, James Cleverly, the UK’s minister for European neighborhood and the Americas, said it was a “blatant attempt” by Moscow “to fabricate” a pretext for invading Ukraine.

“It is therefore clear that we are at a critical juncture to prevent further escalation,” he told an emergency meeting of the US Security Council in New York, adding the false flag was a trick “straight out of the Kremlin playbook”.

Mr Cleverly encouraged Russian president Vladimir Putin to engage with the “diplomatic process” built up by Western allies “over several decades” and resolve its tensions with Ukraine “through peaceful means”.