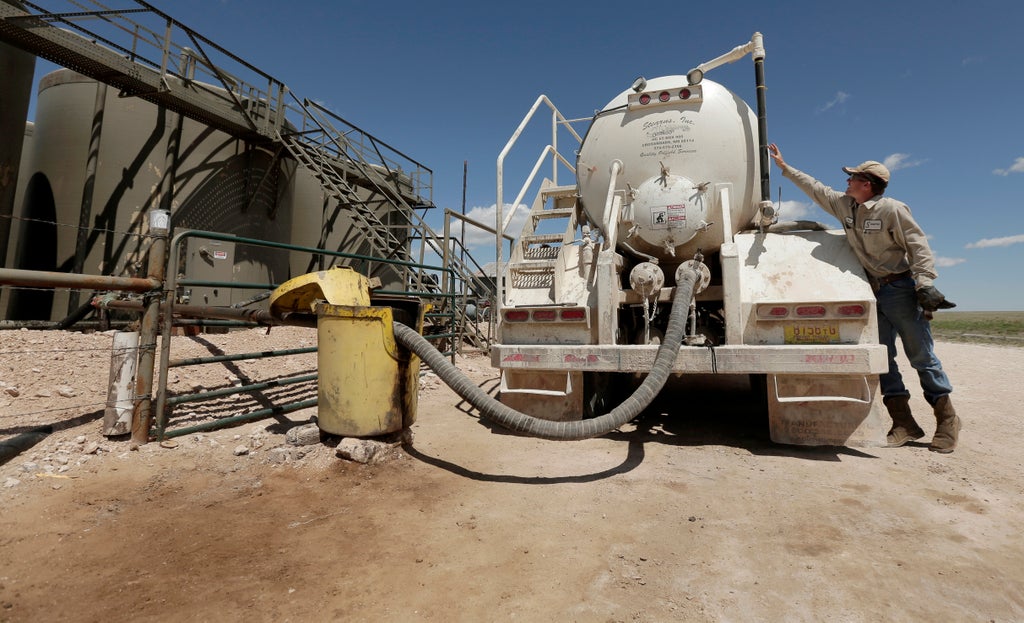 In the oil fields of northern Montana, industry veteran Mac McDermott watched crude prices whipsaw from $75 a barrel in January to more than $120 as Russia pressed its war in Ukraine, then down again when coronavirus worries in China raised the specter of a global slowdown.

McDermott said his family-owned company will modestly increase drilling if oil prices stabilize. But for the next few months, he’s waiting on the sidelines and struggling to get enough workers to watch over roughly 100 oil wells the company operates. That includes some wells idled during the pandemic that he’s been trying to bring online since last year.

President Joe Biden’s move to ban Russian oil imports over its invasion of Ukraine was met with Republican demands to increase US production to address high gasoline prices. The White House, too, called for more drilling and cited the war as it shelved Biden’s campaign pledge to curb drilling on public lands because of climate change.

Yet political rhetoric about quickly ramping up US crude output is at odds with the industry’s reality: There’s not enough workers to rapidly expand, scant money to invest in drilling and wariness that today’s high prices won’t last, according to industry representatives, analysts and state officials.

“It would be great to produce more domestically,” McDermott said. “(But) it’s so volatile. … We haven’t had any access to capital for years. If we drilled, money would have to come from existing production. It’s a risky business.”

Republicans from energy states have brushed past the industry’s logistical constraints to pin blame for slow US oil growth on Democrats and Biden. Texas Sen. Ted Cruz and Montana Sen. Steve Daines have called for American energy to be “unleashed” and more public lands opened to drilling. Daines accused Democrats of using the Russia oil ban to cover up a supposed scheme to “ban all oil.”

The US doesn’t import much Russian oil and Biden’s administration has effectively halted new oil or natural gas lease sales from federal lands and waters. But it’s approved almost 4,000 new drilling permits on federal lands and companies have thousands more stockpiled. White House spokesperson Jen Psaki said companies should use those permits to “go get more supply out of the ground.”

Federal energy reserves account for about a quarter of US oil, with the remainder coming from private, tribal and state land.

Pumping rates overall slowly increased during Biden’s first year as the industry climbed out of the pandemic, when oil future prices briefly dipped below $0 a barrel.

Obstacles to more US oil are surmountable, according to analysts, yet it will take months to work through and it could be late this year or early next before a significant production increase materializes.

”It’s going to be a slower ramp up for fields like ours,” McDermott said. “Everybody in the industry would say if we have a consistent price, then you know what you would get for an extended period of time and it’s easy to make business decisions.”

By comparison, total US production last year was about 11 million barrels a day.

Even with favorable conditions — strong prices, political pressure and less-cautious shareholders — companies in the US could see production rise by just over 1 million barrels daily by the end of the year, said Robert Johnston with Columbia University’s Center on Global Energy Policy.

Some of the biggest US reserves are offshore in the Gulf of Mexico. However, the massive platforms used in deep Gulf waters take years to finance, build and put into place.

A near-term crude boost would have to come from onshore oil resources already developed, such as the Permian Basin in New Mexico and Texas and the Bakken of North Dakota and Montana, said Andy McConn with Enverus, an energy analytics company whose data is used by industry and government agencies.

Even in those areas, there’s no way to simply crank open the spigot immediately. The most easily accessible reserves have already been drilled, McConn said.

“There’s not a lot of low-hanging fruit,” he said.

Some oil producing regions already were bouncing back as the industry shakes off its pandemic slowdown, particularly the Permian Basin — the nation’s busiest oil patch with 45,000 wells drilled over the past decade, according to the Energy Information Administration. Other oil patches that could see expansions include Oklahoma’s Midcontinent area and Colorado’s DJ Basin, McConn said.

Operators in the Permian Basin described growth as steady since last spring. By January, they topped 5 million barrels a day.

Still, the mood this time around is different. “It’s not a ‘drill baby drill’ type of mentality like there was before,” said Stephen M. Robertson with the Permian Basin Petroleum Association.

Multiple factors are tempering a production boom, he said, including volatile prices, labor issues and longer wait times for parts to be manufactured and supplies shipped. Even the custom cowboy boots favored by some workers have been hard to come by.

“It’s not just one factor that is telling the industry out here what it should do. It’s not just high prices,” Robertson said.

If the conflict in Ukraine drags on, prices stay high and the logistical hurdles are overcome, companies could move into relatively untapped fields, including Wyoming’s Powder River Basin and Utah’s Uinta Basin.

But it won’t be anything like booms that swept through those regions over the past decade, drawing thousands of workers who overwhelmed housing and other services and transformed rural communities into centers of industry.

Larry Scott, an engineer who has worked in the oil business for decades and now represents a portion of the Permian Basin as a Republican in the New Mexico Legislature, said oil and gas companies still have to conquer the labor challenge.

“You can’t ramp up if you can’t find qualified people to do it,” he said.