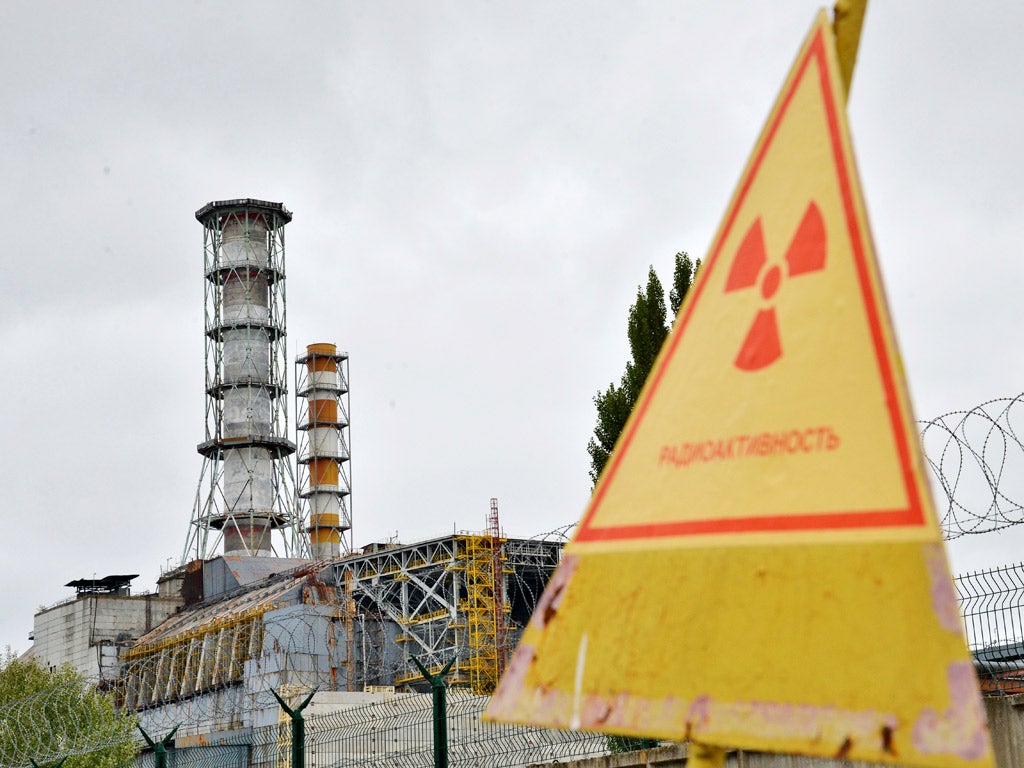 Vladimir Putin’s war with Ukraine is “much worse” than the Chernobyl nuclear disaster that rocked the former Soviet Union nearly four decades ago, a local politician has warned.

Yurii Fomichevm, major of Slavutych, the last city built in the Soviet era to house workers fleeing the site, said the Kremlin’s “purposeful killing” was far graver than the nuclear “accident”.

He was speaking as the Ukraine war entered its seventh day, with reports that Russian paratroopers had entered the country’s second city Kharkiv.

Just hours after a Russian missile hit a TV tower in the capital Kyiv killing five people, separate reports said Russian troops had taken control of Kherson, a city in the south.

Meanwhile Slavutych, located about 30 miles away from the Chernobyl – seized by Russia on Thursday – is surrounded and there are fears that the Russian forces could lay siege to several cities across the country.

“This is much, much worse than Chernobyl,” I added. “I was young at the time of the disaster but I knew what it was. It was an accident – ​​this is a war, purposeful killing.

“Not even war of an army vs an army – it’s one army attacking cities and civilians.”

On Wednesday, Russian officials said they were ready to hold a second round of talks with Ukraine but it is unclear whether Kyiv officials will turn up, Moscow claimed.

Kremlin spokesperson Dmitry Peskov said there was contradictory information about the talks, which would follow a meeting at the Belarusian border on Monday that failed to produce a breakthrough.

In his interview with The Daily TelegraphMr Fomichevm said he was not optimistic about the chances of a breakthrough.

It is ‘only a matter of time before’ before the Russians arrive, he said.

“It’s frightening to think about the plant being outside of legitimate control.”

The Chernobyl disaster unfolded when a reactor at the power plant, near the city of Pripyat in the north of what is now Ukraine, melted down in April 1986 during a test, covering much of Europe in a radioactive cloud.

At that time, Ukraine was part of the Soviet Union, and to this day a highly protected 20-mile exclusion zone remains around the site, which entombs a highly dangerous amount of nuclear material.

On Monday, the United Nations warned of another nuclear disaster as Russian troops attacked an area near Ukraine’s largest power plant.

Rafael Grossi, the director general of the International Atomic Energy Agency (IAEA), said that he was following the events in Ukraine “very closely and with serious concern”.

He warned Mr Putin it was “extremely important” not to “put at risk in any way” nuclear power plants across Ukraine, after the invading forces seized control of Chernobyl.

Mr Zelensky decried Russia’s escalation of attacks on crowded cities in recent days as a blatant terror campaign, while Joe Biden, the US president, warned that if the Russian leader didn’t “pay a price” for the invasion, the aggression wouldn’t stop with one country.

“Nobody will forgive. Nobody will forget,” Mr Zelensky said after Tuesday’s bloodshed on the central square in Kharkiv and the deadly bombing of a TV tower in the capital. He called the attack on the square “frank, undisguised terror” and a war crime.

The assault on Kharkiv continued on Wednesday, even as Russia said it would be ready to resume talks with the Ukrainian side in the evening.

A Russian strike on the regional police and intelligence headquarters, according to the Ukrainian state emergency service. It said three people were wounded.

The strike blew off the roof of the police building and set the top floor on fire, and pieces of the five-story building were strewn across adjacent streets, according to videos and photos released by the emergency service.

Mr Biden used his first state of the union address to highlight the resolve of a reinvigorated western alliance that has worked to rearm the Ukrainian military and adopt tough sanctions, which he said have left the Russian president Putin “isolated in the world more than he has ever been.”